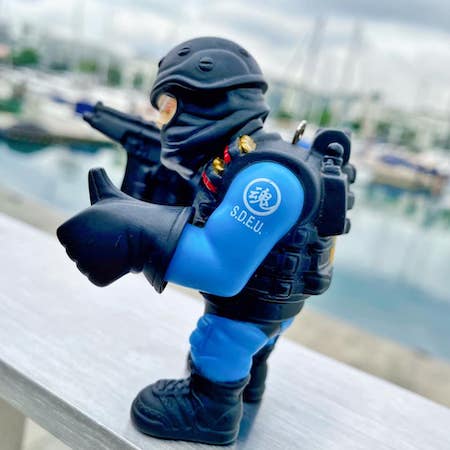 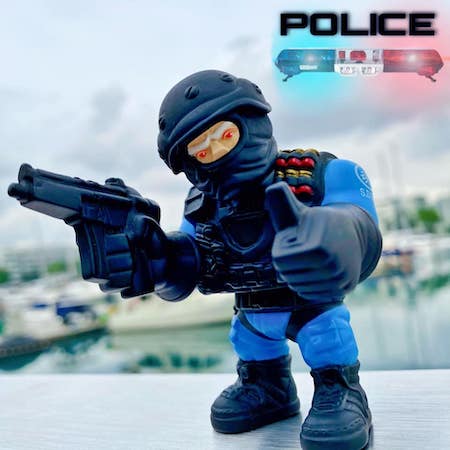 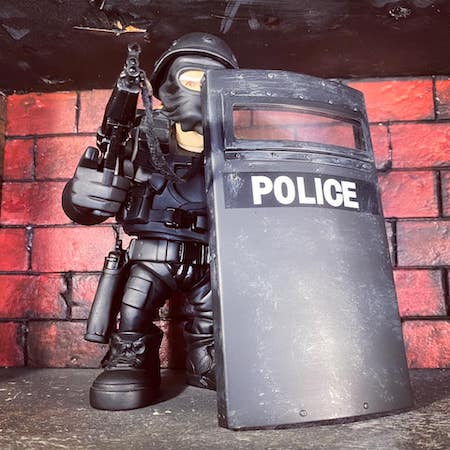 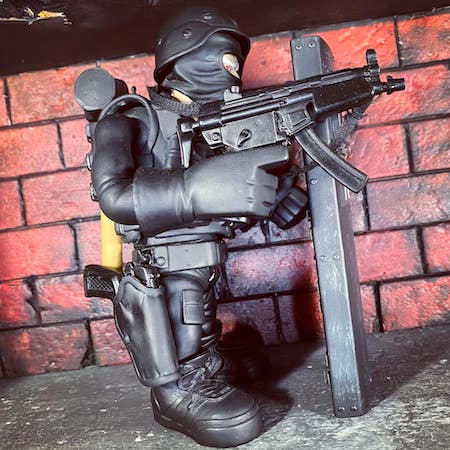 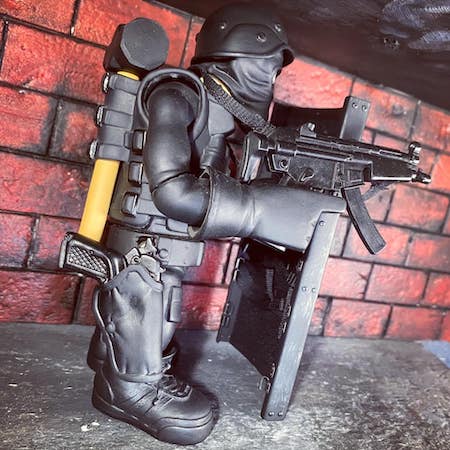 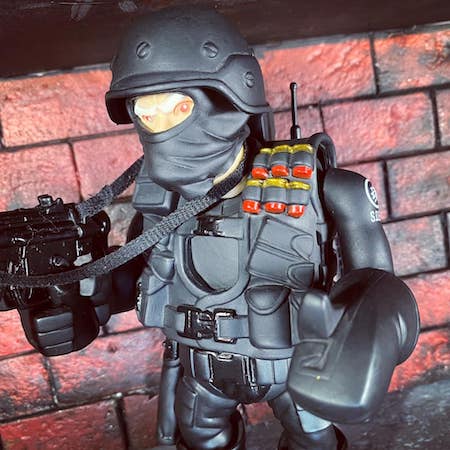 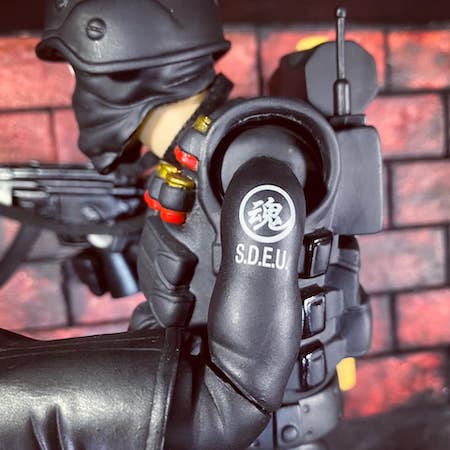 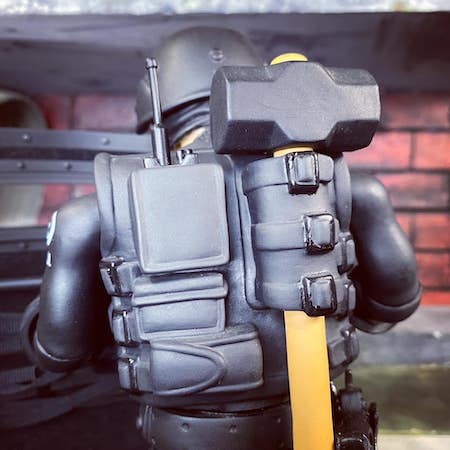 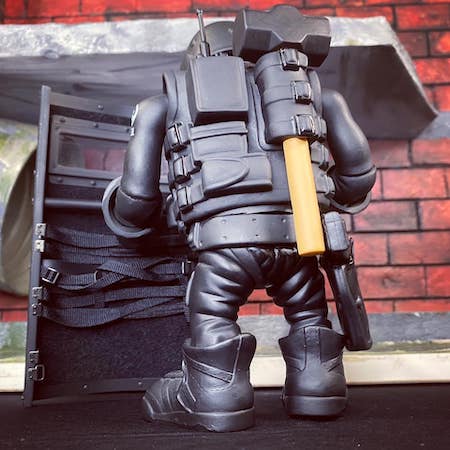 I shall titled this post as 'The Raid' and have it dedicated to my Special Destroy Evil Unit S.D.E.U. Medicom is consider as one of the pioneer toy companies that collaborated with designer toy artists.  I find these dwarfed figures interesting with their oversized weapons. They have a strong SWATS team special forces vides. My first version id the desert camouflaged version and the second is the more simplified keychain version in blue (this version doesn't come with detachable weapons. The blue color way give it more naval feel. The version that I like the most is definitely the stealth version 飞虎 . I even gotten a 1/6 scale police shield to compliment it. Last but not least, the mask can be removed to reveal the face of the officer.
at January 21, 2022

I didn’t know about this line by Medicom, a brand that is more recognized by their action figures and I can’t help but feeling that it has some similarities in the overall design with the Cosbabies line by Hot Toys... Their appearance mix funny proportions and a good deal of detail, it looks realistic despite being cartoonish and virtually any collectible based on special forces units has a cool factor!...

Yes Dennis, I am happy that you are also a fan of SDU or SWAT figures. They still look great after so many years :P

>> chrismandesign
Yeah the scaling are unique and we all know toy companies want a piece of any figurine variants be it regular or super deform. It's creating a bigger market and appeal to different people.

>> Desmond
Yeah bro, even though the genre had die down, they still look awesome and so badass.