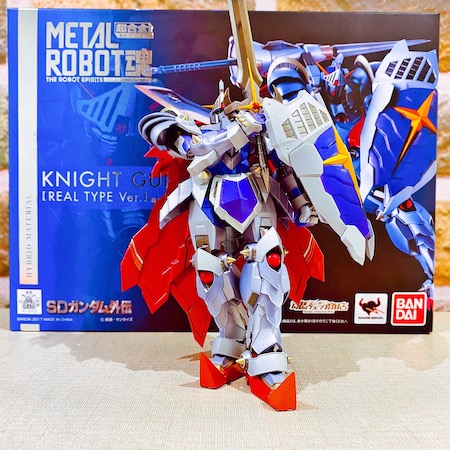 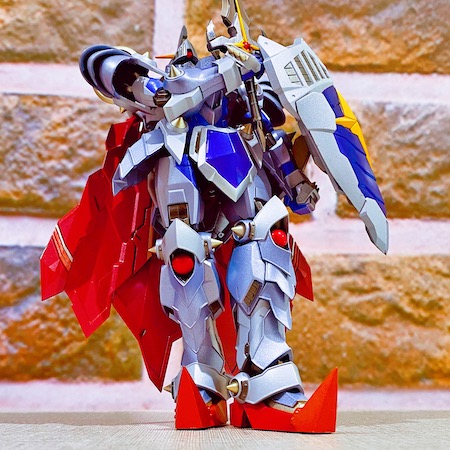 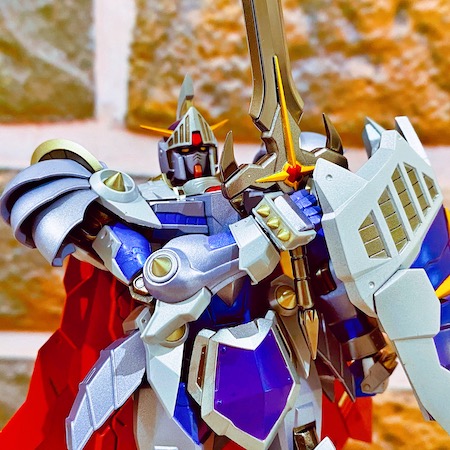 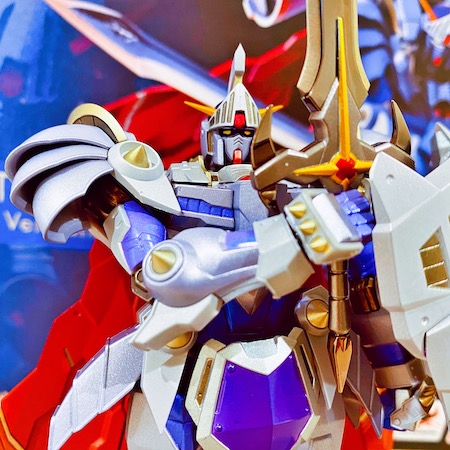 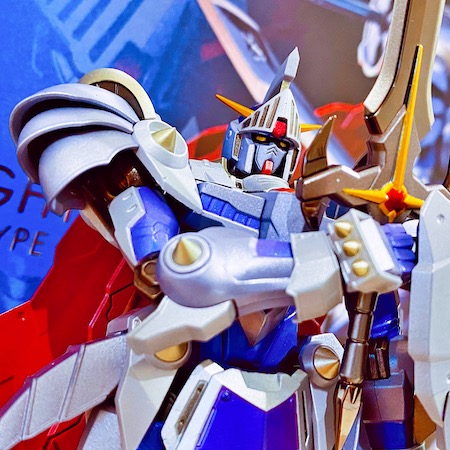 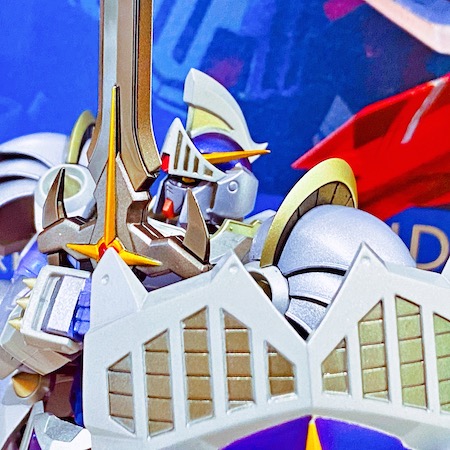 The Gundam in shining armor is here... You have seen it in SD Knight Gundam game and short anime series. Moving on, Bandai had made this character into a more proportional (Real Type) version as their Metal Robot (The Robot Spirits) toy line, similarly to a pre-painted 1/144 scale model kit.
I have previously posted various Gundam Knight figurines by Banpresto but theylack the articulation and die-cast like this. Still, I didn't get this release as I wish it is bigger. I am hoping for at least in 1/100 scale instead. It would be perfect if Bandai introduced it in their 'Metal Build' toy line. You heard me Bandai...
Anyway, it is just my personal opinion and liking because I am very fond my 'Real Type Cloth Knight Gundam' and one of that scale with today's toy technology would definitely add to my wish list. Last but not least I would like to thank my friend, Stanley, for lending this toy to me for photography and this simple review. Cheers : )
at July 16, 2021

I thought this is yours at first..Hahaha!!

Took the pics at Havelock II during the sale day : )