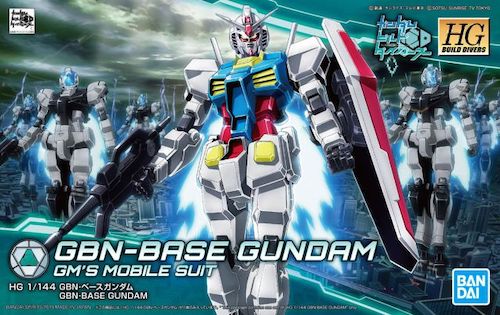 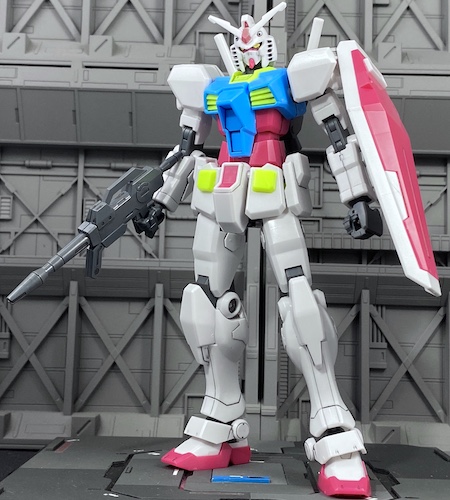 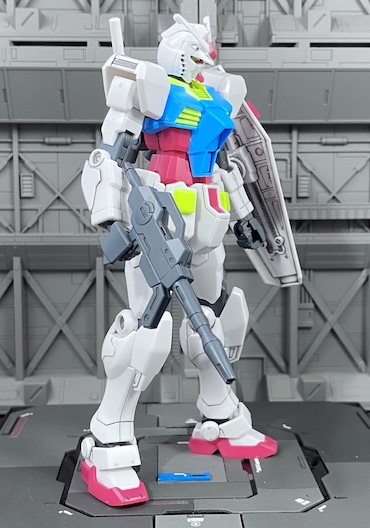 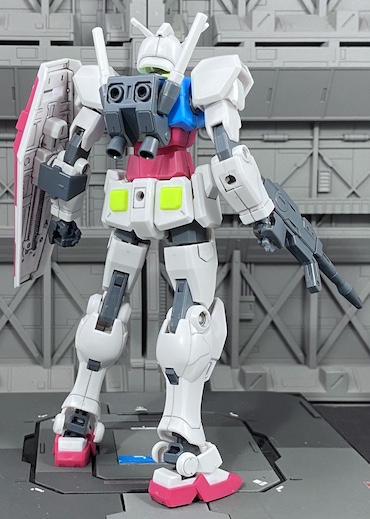 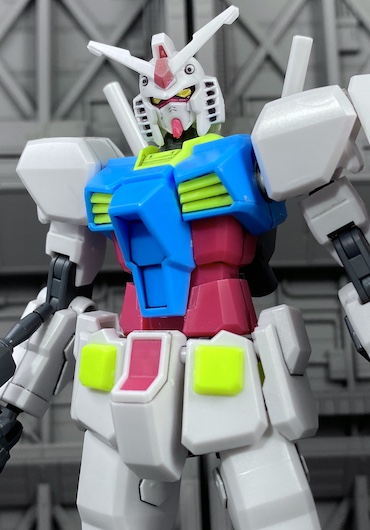 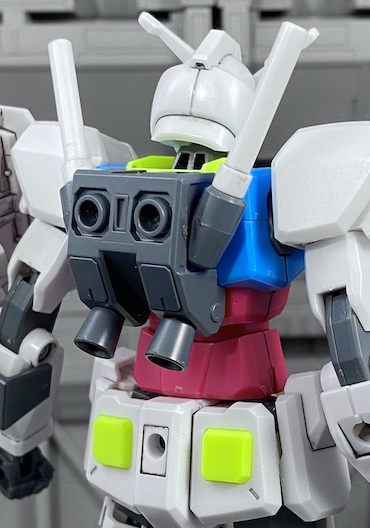 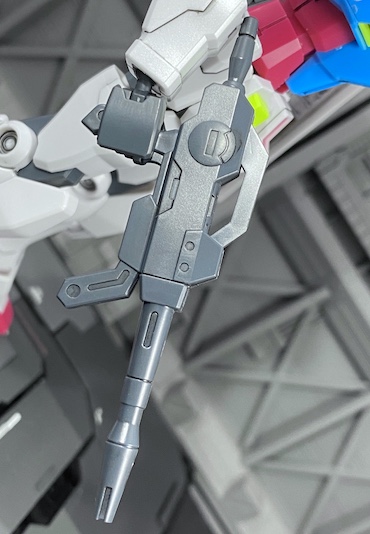 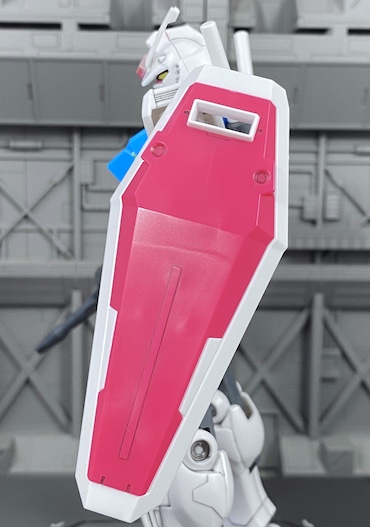 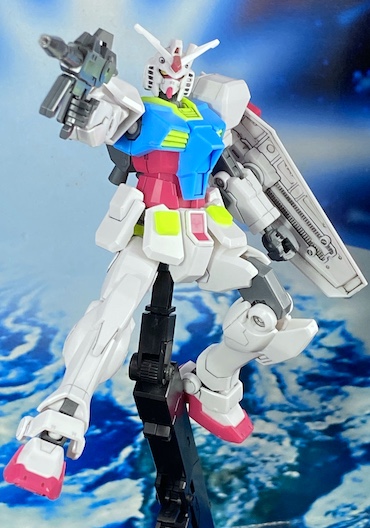 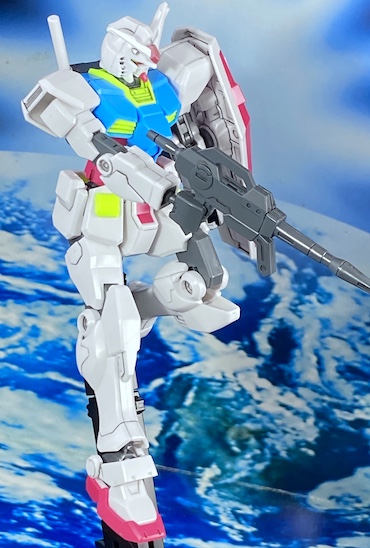 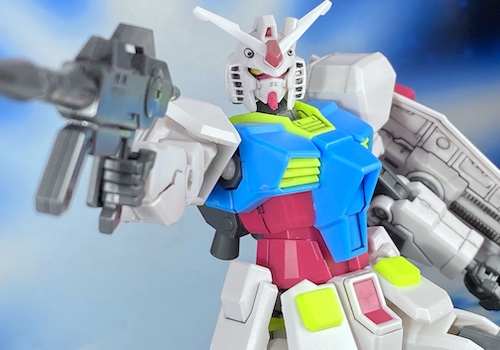 A security Gunpla deployed by the GBN administration, appeared in the anime tv series "Gundam Build Divers". It is a version of the GBN-Guard Frame equipped with Gundam-type armour. In 1/144 scale and a quick build HG model kit! Based on the GBN Guard Frame, it features modified outer armour made sharp and slimmed-down which take reminiscent to the classic Gundam RX-78-2. It has the same attributes as displayed by Amuro Ray in the Mobile Suit Gundam anime. The neon colours are however more striking especially the fluorescent yellow colour that's UV light sensitive. Includes beam rifle, shield and beam sabers.
at October 07, 2020

All colours are striking and its red became dark pink already..

>> Desmond
It’s a bit like the original yet different. Lolz