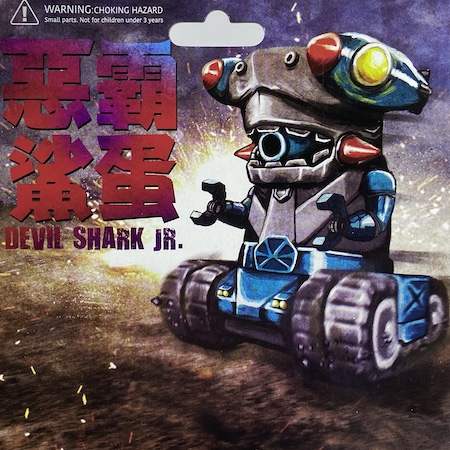 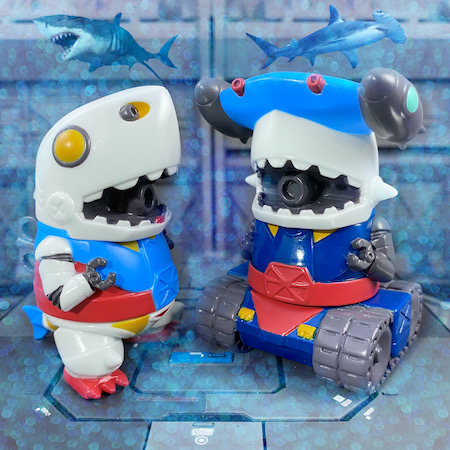 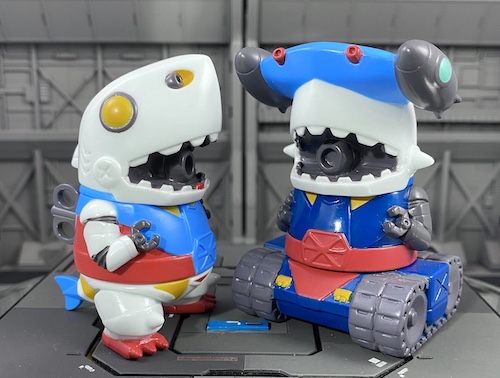 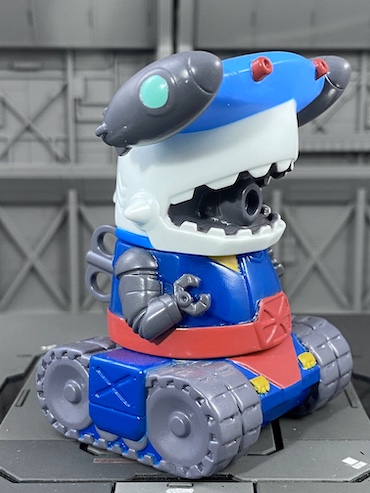 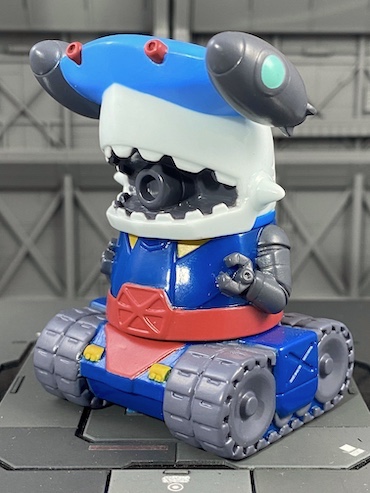 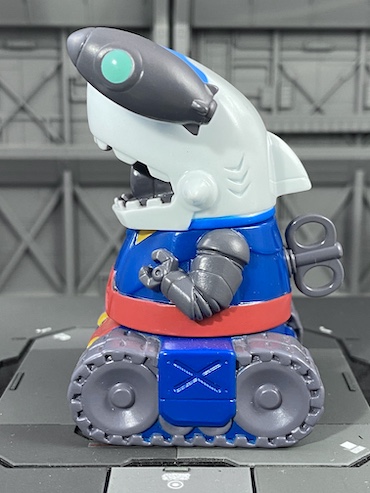 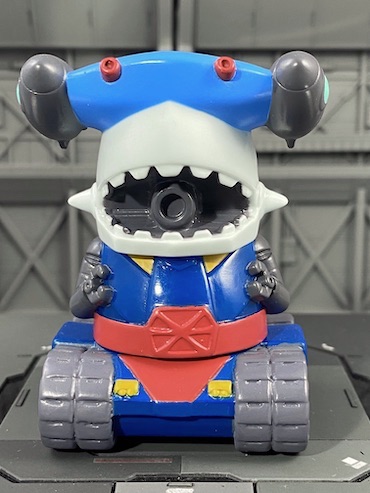 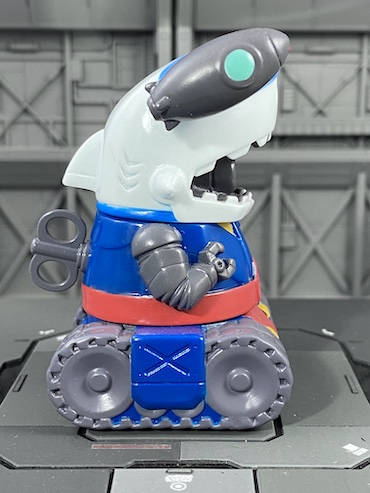 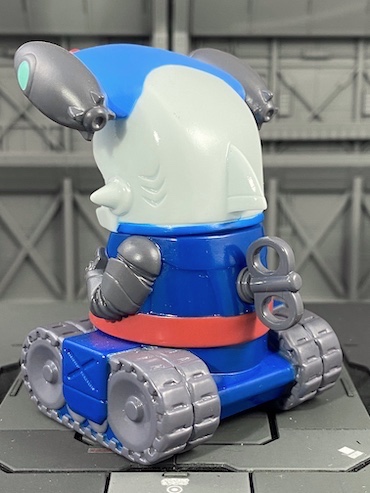 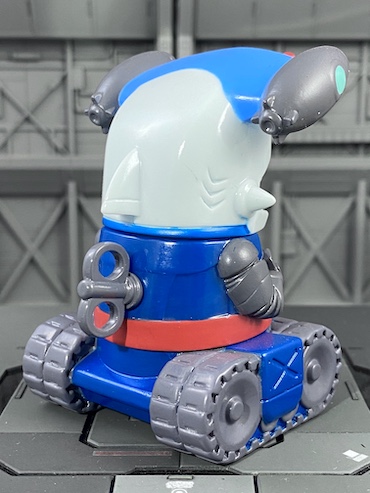 Shark doo doo, doo doo doo doo... Momoco Studio has introduce a companion to Mecha Shark Jr G with Devil Shark Jr . This figure takes the design and colour scheme of Guntank in "Mobile Suit Gundam". This mecha hammer shark is mounted onto a tank track just like the Guntank and has armament at its head and mouth. Missile on both side of its head, gun vulcan and mouth cannon like Mecha Godzilla. There is a knob at the rear reminiscing a wind up toy or though there is no mechanism of wind up function except for articulation for its head and waist. Very adorable when the pair are placed together. Unfortunately, Momoco Studio didn't release Guncannon which also part of "Operation V".
at September 07, 2020

The colour scheme of this hammerhead shark looks like Tetsujin 28 :)

HEHE, this is criminally cute and also a bizarre homage to the most classic Gundams!... I love all the creative ways they included mecha details in these sharky friends, again, another great crossover out of two very different franchises, that’s what I love about designer toys!...

>> Desmond
The colour is based on Guntank however I do agreed that Tetsujin 28 shared the same colour scheme...

>> Chrismandesign
Yes bro, designer toy has it’s own style yet it pay homage to the anime or character we loved in terms of color scheme or certain characteristics. Like it’s new yet familiar to us..