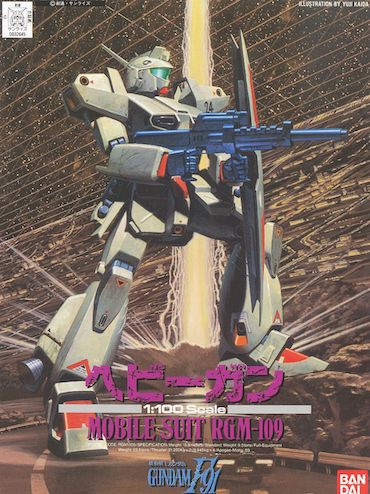 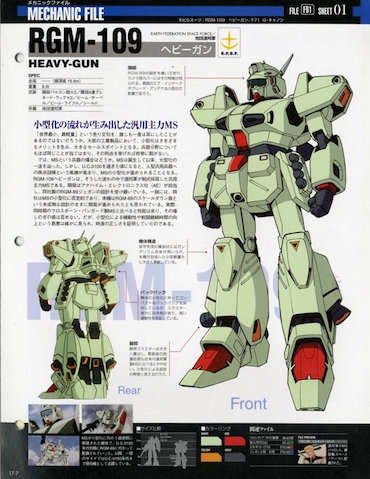 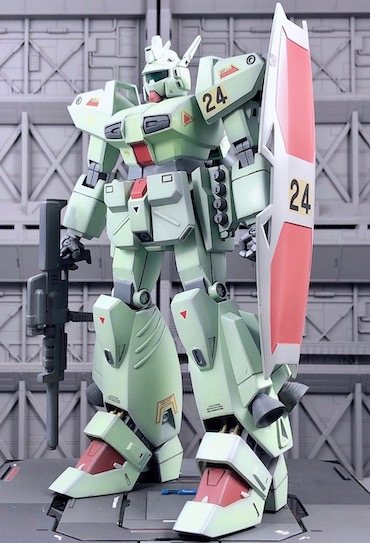 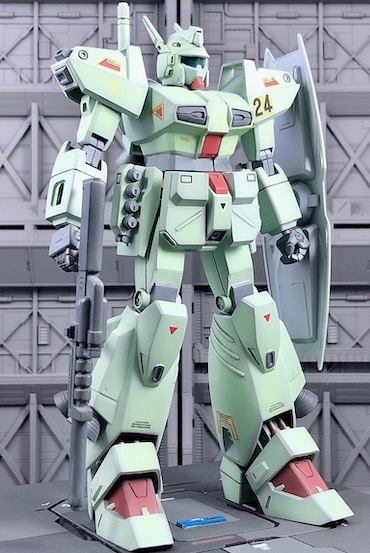 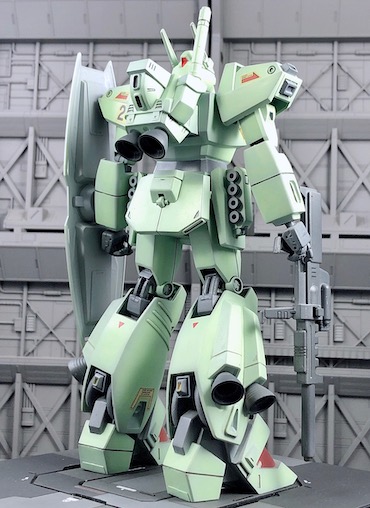 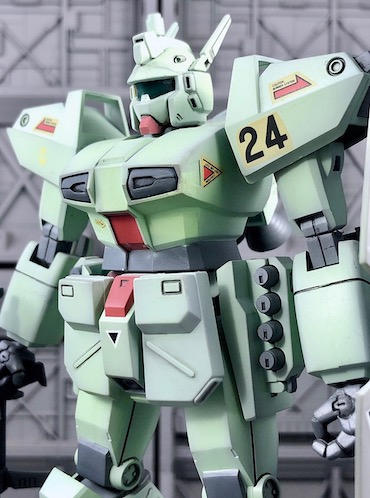 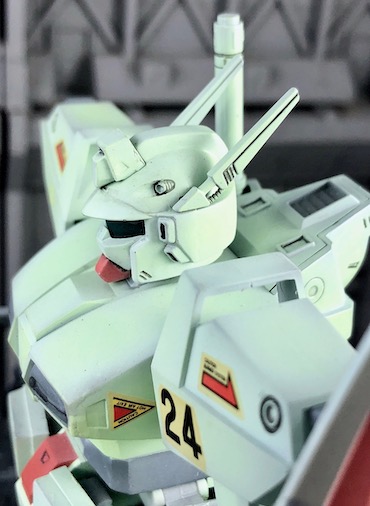 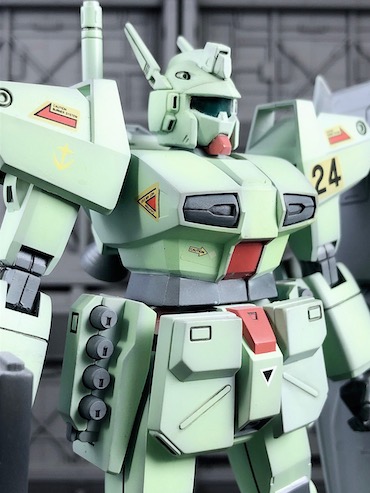 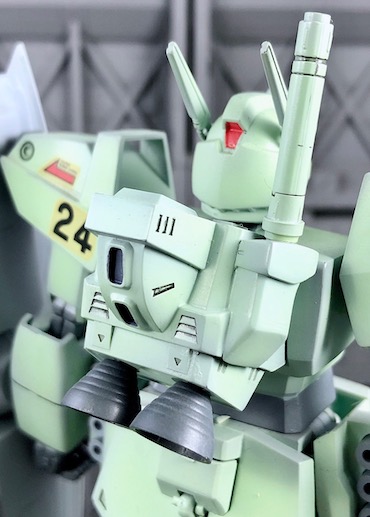 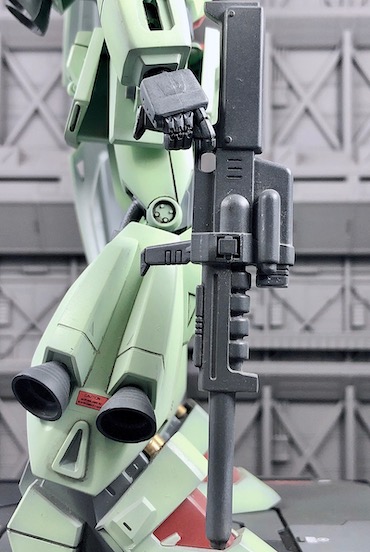 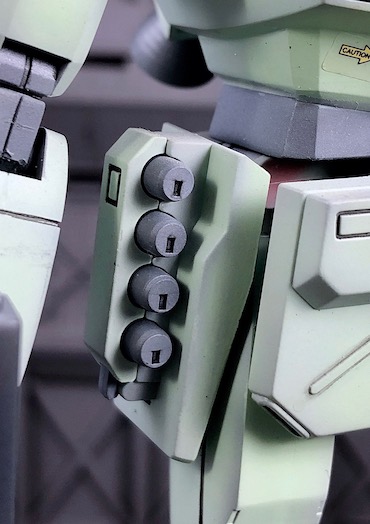 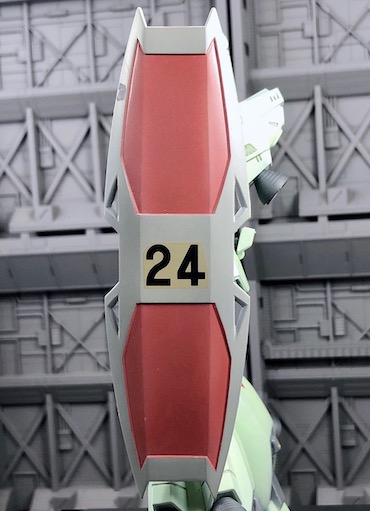 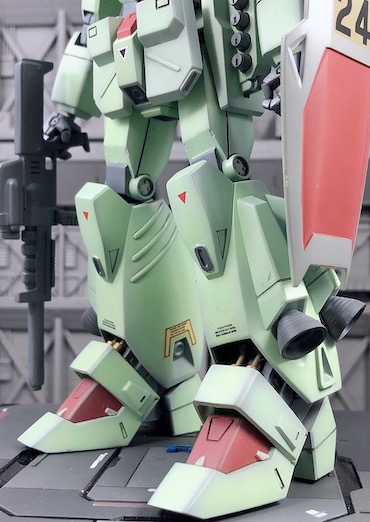 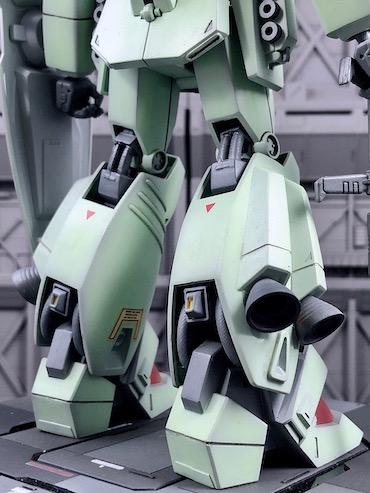 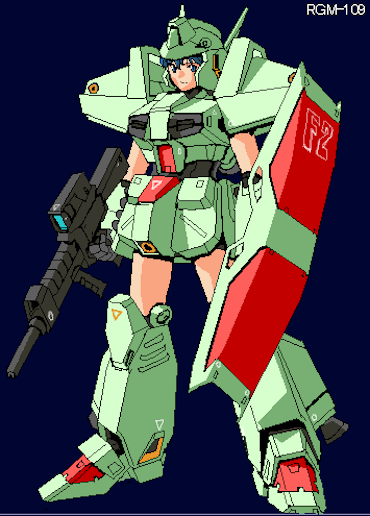 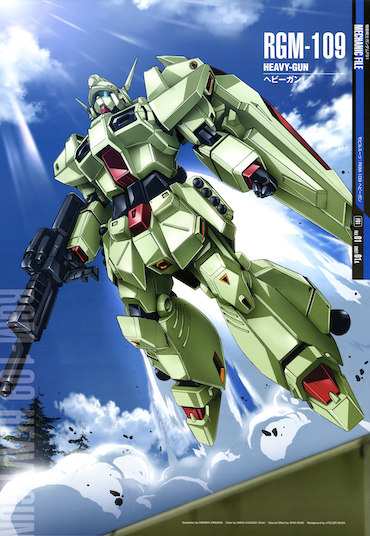 As the number suggested, this mass produced MS takes its year of production in Gundam timeline Universal Century 109. This unit is a replacement of the Jegan unit, taking on features of its predecessor such as the grenades on the side skirts and those thrusters on both the legs. Even its chest and shoulders have evidence of design inspired by the Jegan.

Anaheim Electronics had also gradually scaled down the size of MS in general, probably making MS a smaller target or reducing material usage. RGM-109 gets a primary colour in beige with some doses of red. This model kit from year 1991 during the introduction of OVA 'Mobile Suit Gundam F91' with the kit not even categorised as 'High Grade' nevertheless it's amazing how the previous owner managed to build and paint the kit so well. It's neatly painted, panel lined and you can see the shading at the edges.
at December 13, 2020

Bro, you should display it in action poses..looks awesome!

>> Desmond
With old model kit like this, I'm worried of scratching the paint and breaking the joints. Lolz...