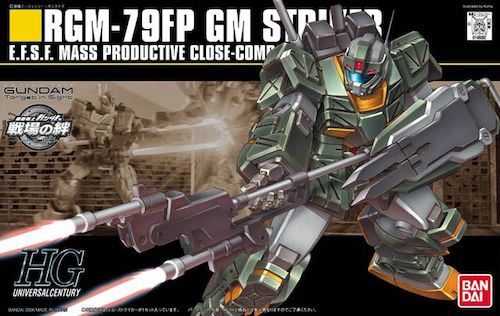 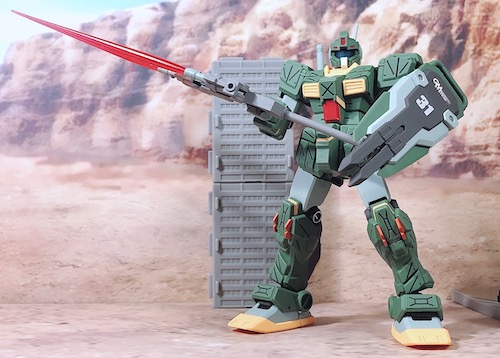 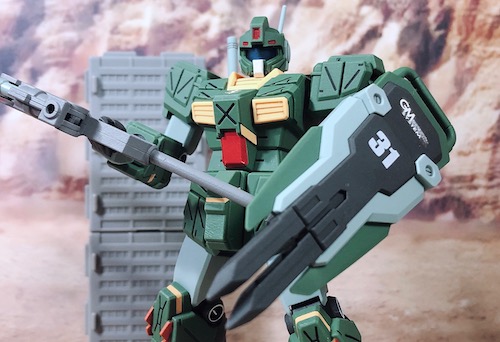 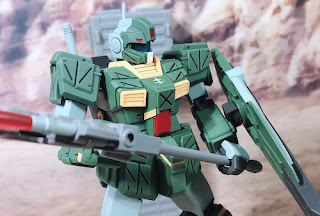 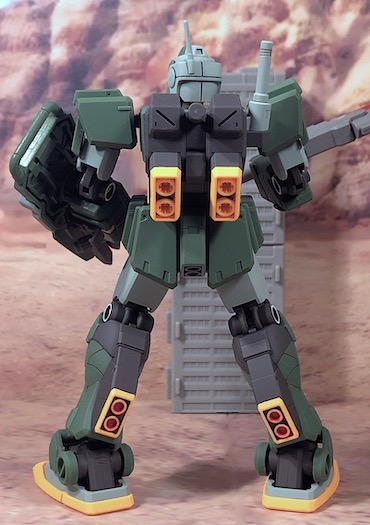 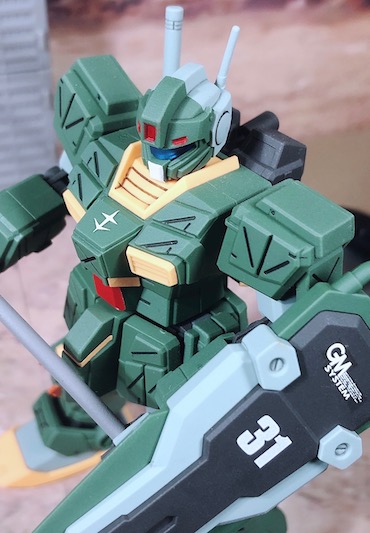 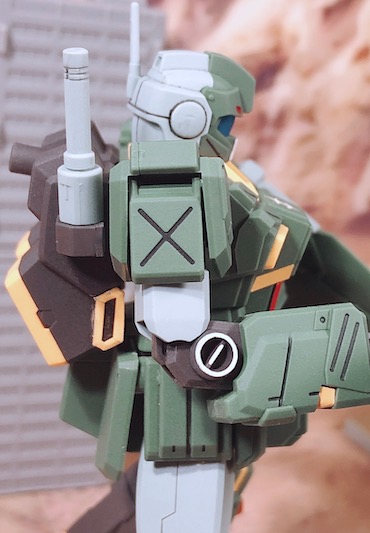 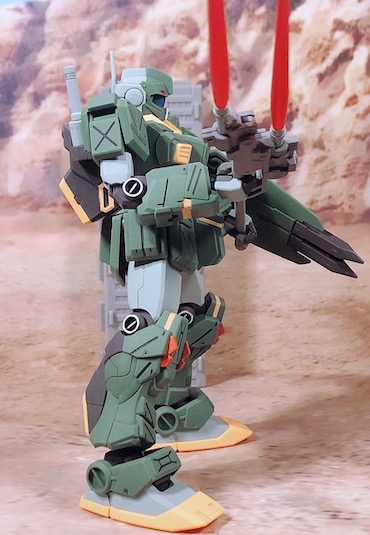 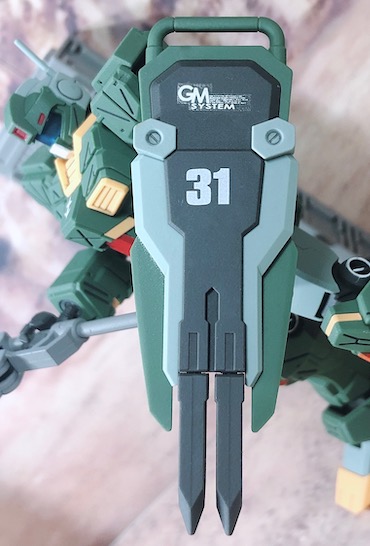 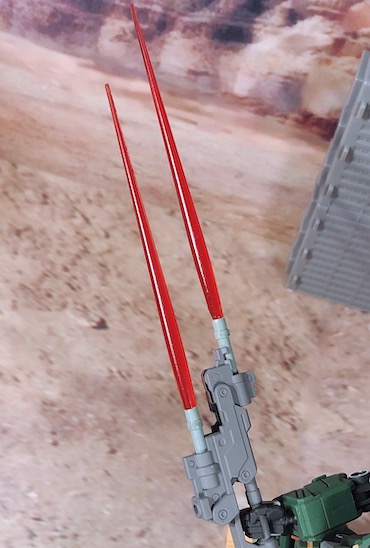 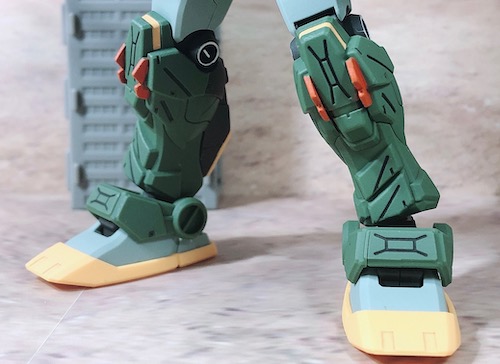 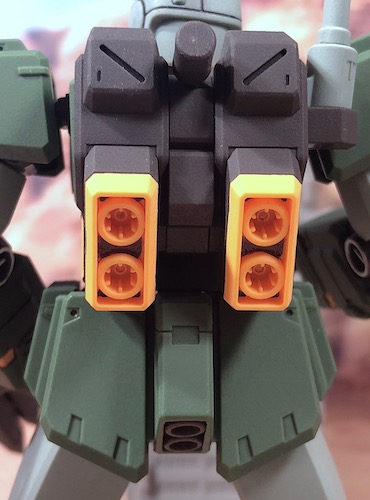 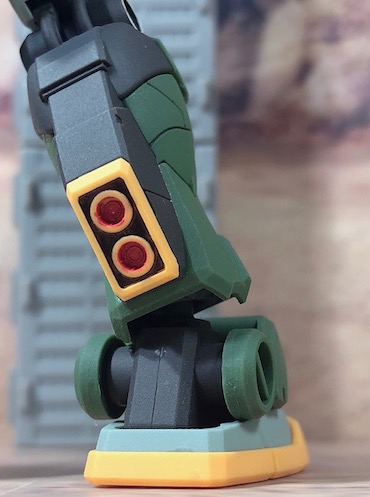 The GM Striker is deployed during the Earth Federation Forces' attack to reclaim the California Base. One unit is notably used by Yuji Alkana of the Nemesis team. More of a robust variation of the Powered GM, the GM Striker is designed for militaristic close-combat engagements and built with thick embedded armour throughout the MS and comes armed with a uniquely melee designed twin beam spear weapon that can be folded down to act like a scythe, a spike shield, beam saber, and a 100mm machine gun. Armed comes shield twin beam and Spear. Movable gimmick of twin beam spear, the expansion and contraction of the blade gimmick part of the shield.

This kit looks amazing even built in top coat. I have added some details by marker painting some minor parts, panel lining and application of water decals. No. 31 on the shield is my favourite number.
at June 12, 2020

That’s a really nice mecha design!... Not only the extra armor, which makes it look bulkier, the weird but intimidating twin beam spear and the double-purpose (defense-attack) shield; the color combination is very unusual: except by the military green, the rest of colors (ice green, red and yellow accents) is not something you see in this kind of units... I mean, maybe the color scheme is showy and in that sense less effective for covert operations, but it does look good and makes it stand out, which is precisely what you don’t expect from a mass production MS...

Yeah bro, the extra armor makes the MS tanky and the melee weapon is unique looking. There is another colour scheme in the manga that is less striking...

Bro, this figure with spear can give you a lot of great action poses..

As long as the articulations permit.. These days, I’m a bit lazy to do too many poses. Time consuming...