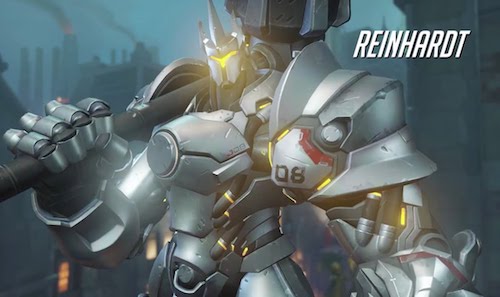 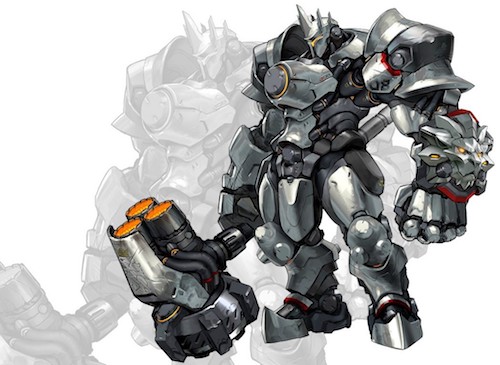 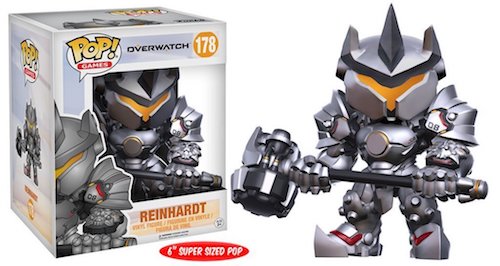 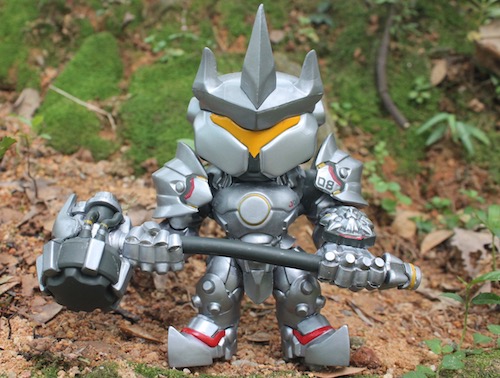 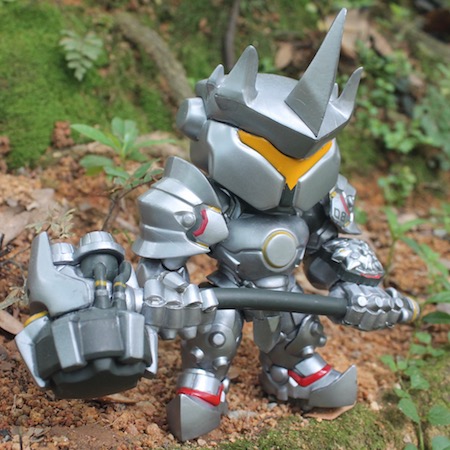 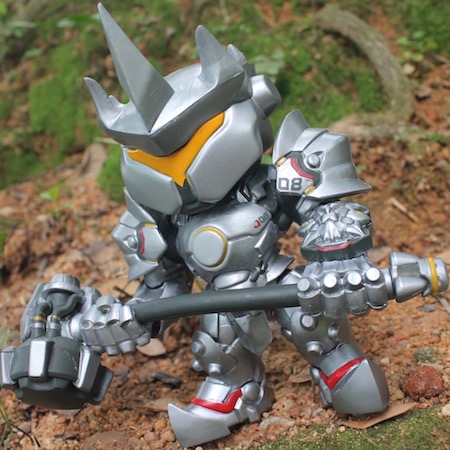 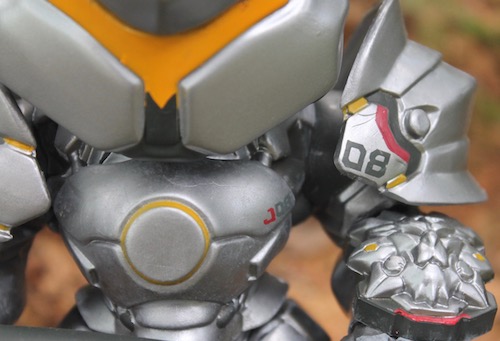 Markings on the armour 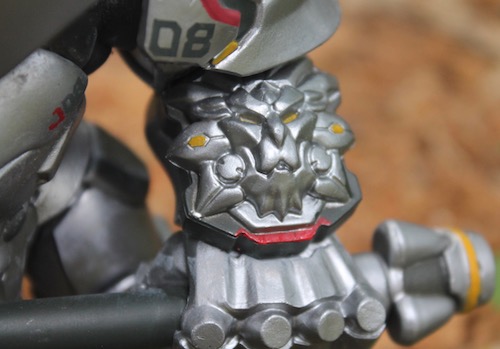 Lion crest on the forearm 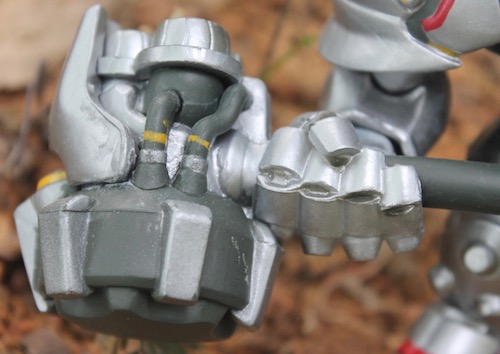 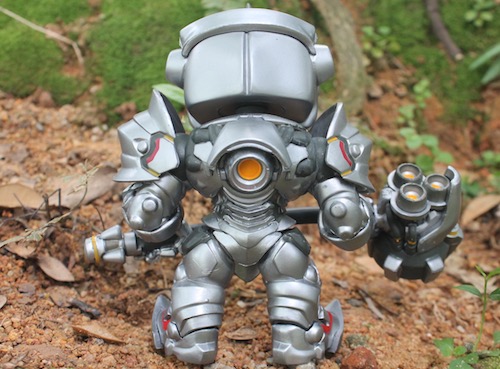 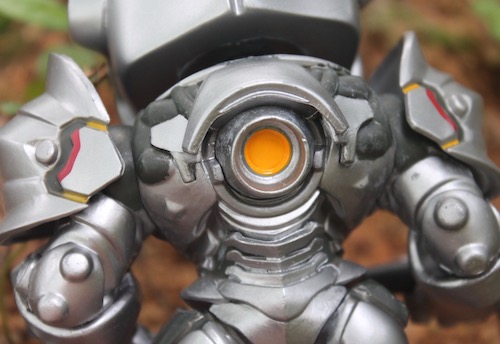 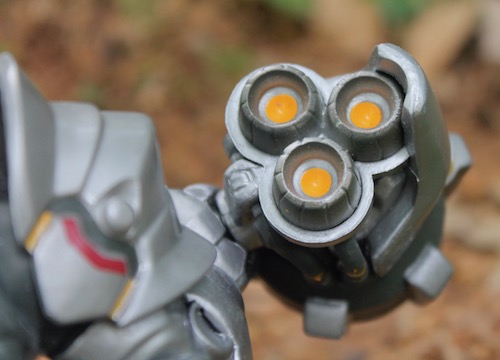 First and foremost, a big thank you to Leon Chuan Long for this Over watch, Reinhardt, stylized POP vinyl from Funko! Figure stands 3 3/4 inches and comes in a window display box. Reinhardt 6" is considerably bigger, feels solid and heavier compared to other regular Funko figure. QC is never Funko's futile as the quality of the actual product often looks different from promo pics such as the paint job can get rather messy and in this stance, the rod of the Rocket Hammer is crooked. Overall though, the figure balances nicely, which is rare for these Funko Pops. His head turns left and right very slightly, mainly obstructed by those shoulder armour pads.

Then again we are glad that Funko manages to obtain as many licences to produce our favourite characters in 3D without having to cost an arm or a leg. Many of which has never been released as figurine. Honestly, I have not play Overwatch under Blizzard but I'm impressed with the high tech medieval appearance of Reinhardt at first sight and he has since in my display with my other knights in armour. Clad in powered armor and swinging his hammer, Reinhardt leads a rocket-propelled charge across the battleground and defends his squadmates with a massive energy barrier. I would consider him as a tanker class.

I didn't play Fornite but I certainly play Mobile Legend.