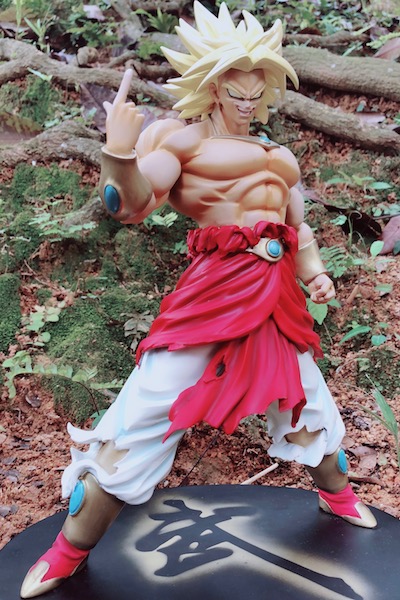 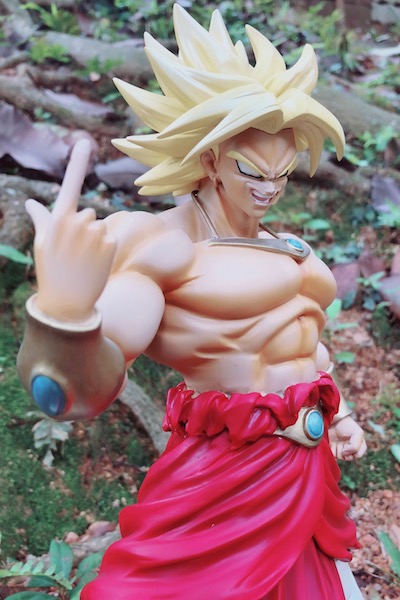 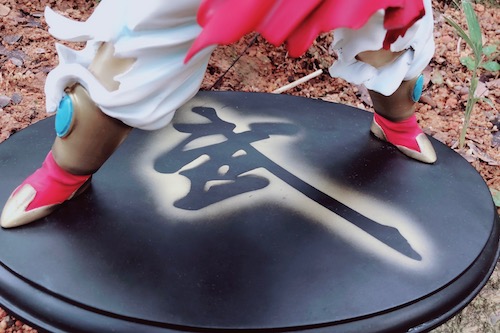 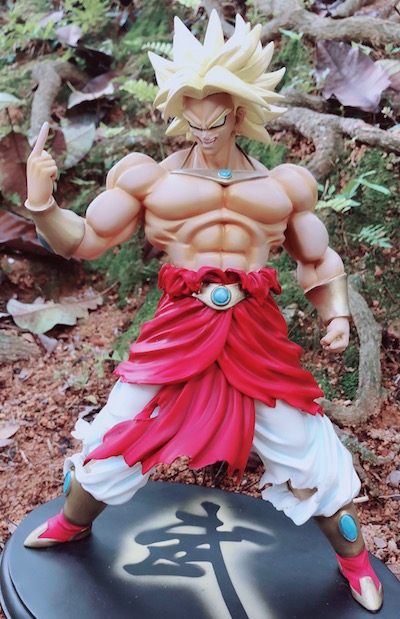 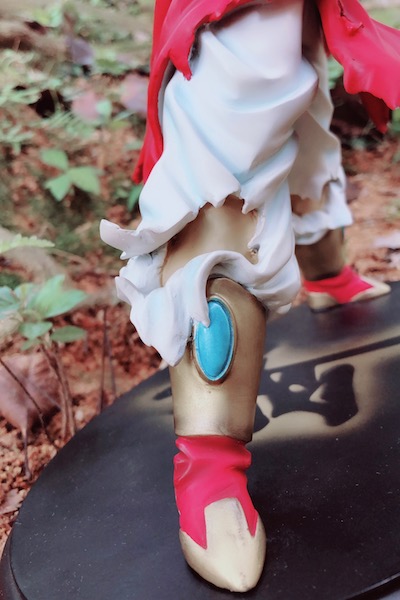 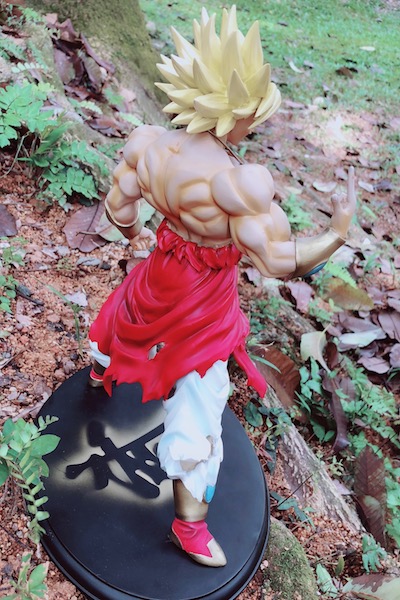 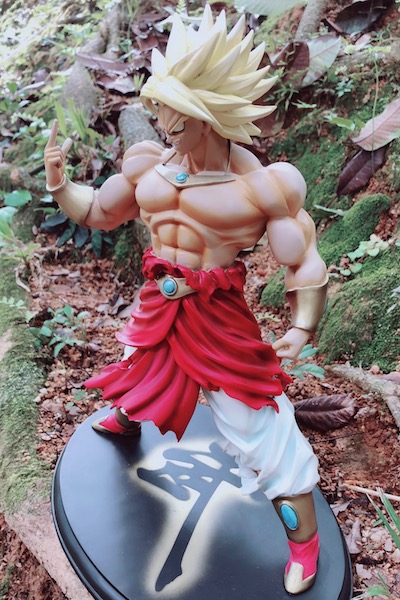 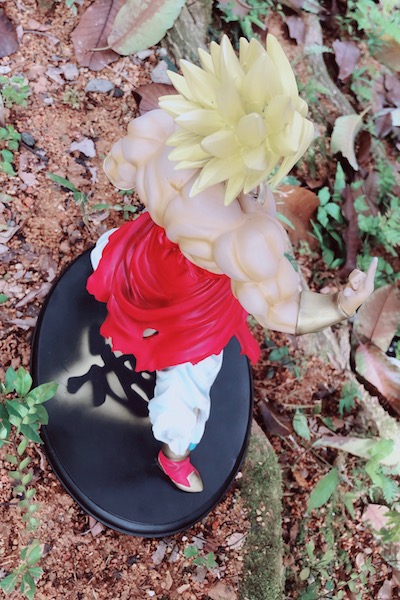 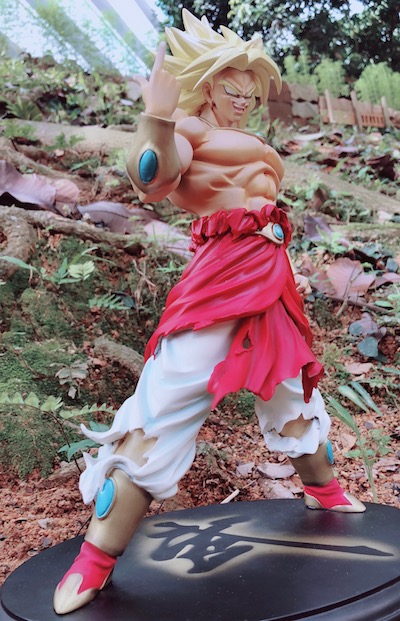 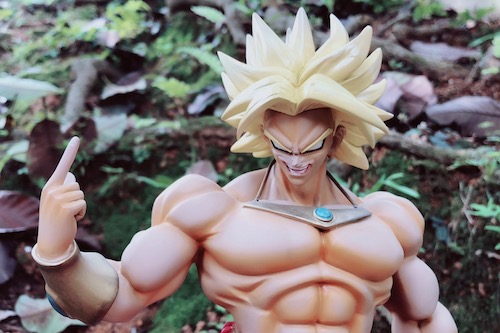 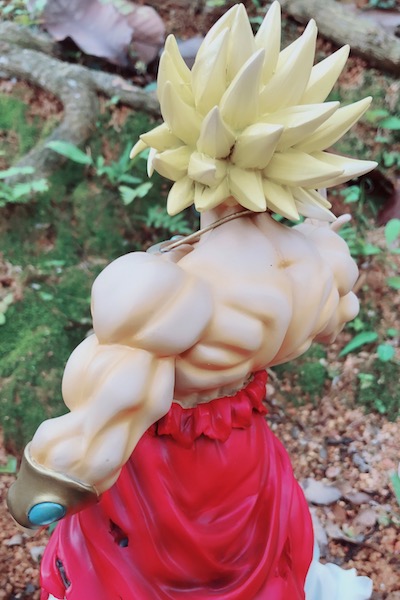 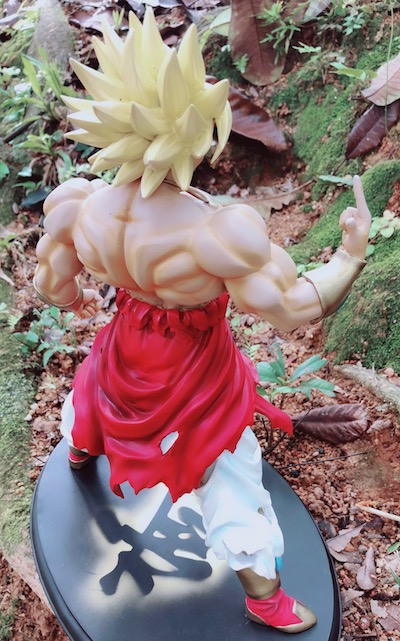 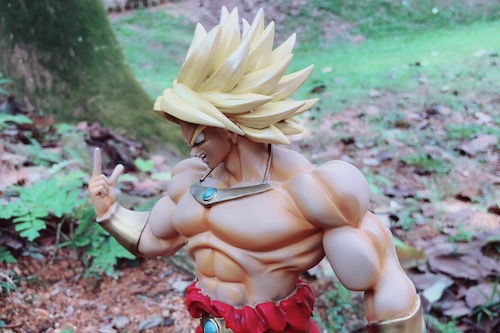 Always wanted to get this resin statue and every time I see it displayed at a particular toy shop at Nagoya Hill Shopping Centre. I finally made up my mind to grab it during my latest family trip to Batam Island (Indonesia). This piece is extremely rare, not only due to the limited quantities, I couldn't find it else where, not even on online sale.

Broly had seen another third party resin model statue released alongside others. Not just another release but one with details that's phenomenal! It portrays the ferocity of Super Saiyan Broly in his taunting pose with his index finger sticking up with an overconfident declaration of his victory. One can only be as cocky as Broly having the power his possesses.

Broly's expression of pure evil, wearing that smirk face giving the impression that someone going to get serious hurt. His eyes are depicted as pure white with a ferocious glare. His clothing willowing and torn off in certain places, in particular, his knees. His upper torso shows great details muscular mass with naturally skin shading tone. The ground base highlights his unique stance as he maintains a deadly position. In addition, the base has calligraphy of a Chinese character 武 meaning military or martial.
at December 18, 2018

If the figure stands straight, I think its height can reach 16 inches. Overall, a very confident and powerful fighter :)

Thanks for the info...