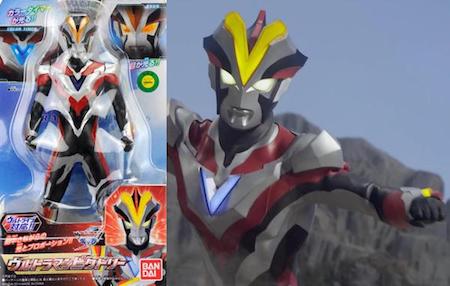 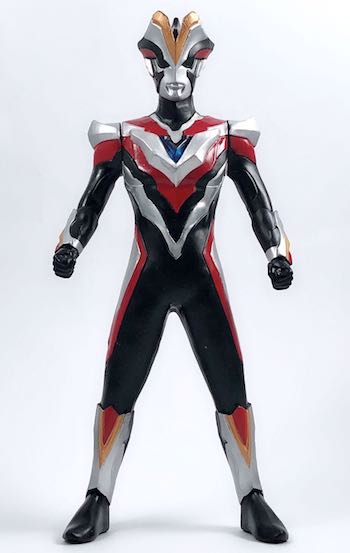 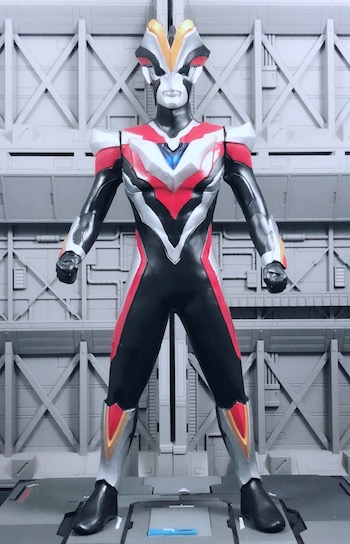 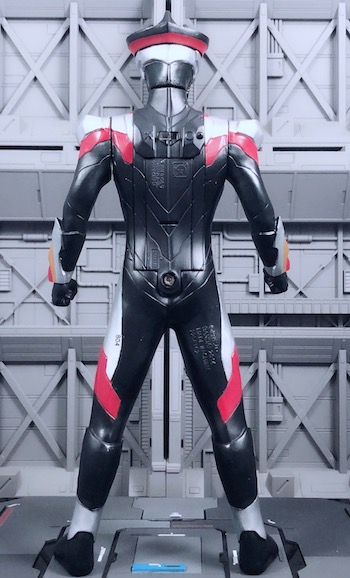 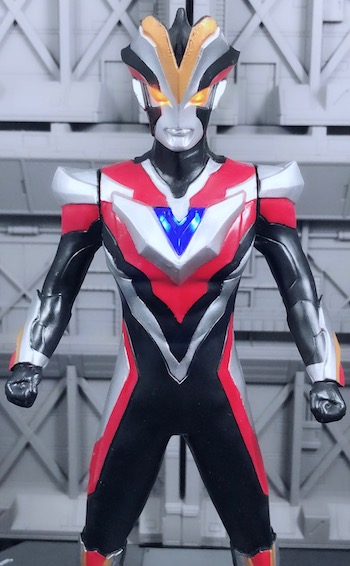 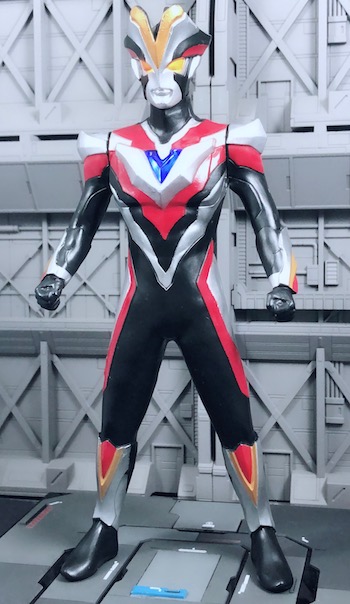 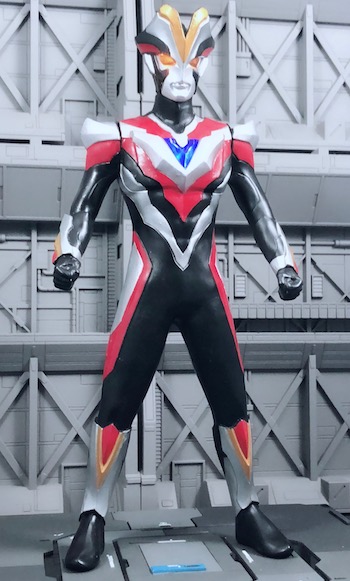 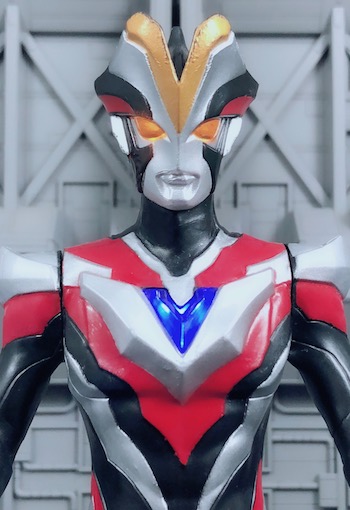 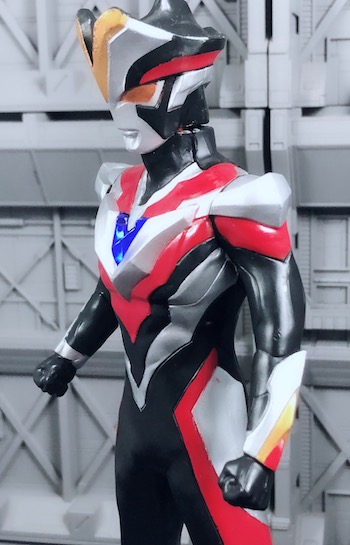 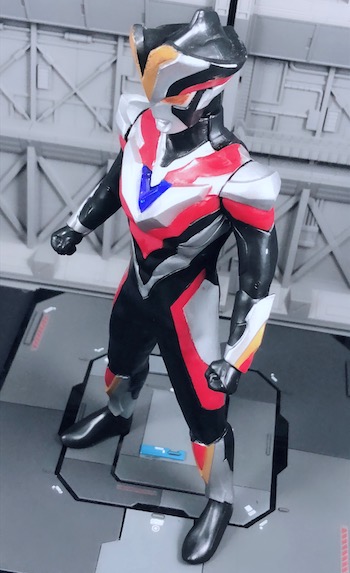 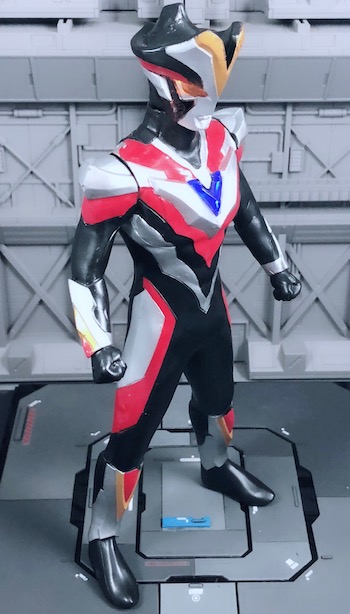 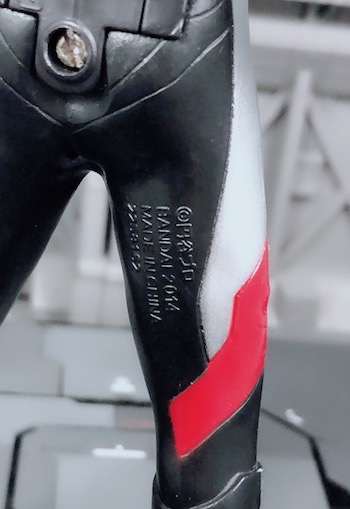 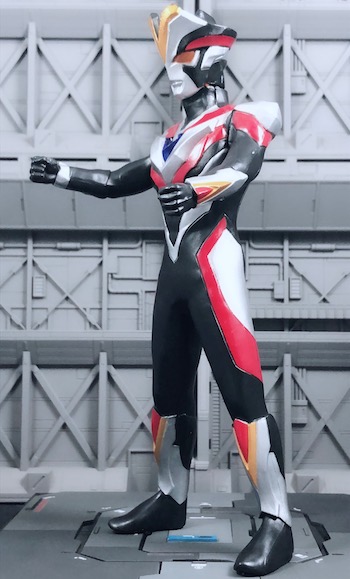 An Ultraman who adopted a fairly modern design is Ultraman Victory who's tenacity is as hard as a rock. Despite his modern design, is an ancient Ultra born from the power of the Victorium Stone in the storyline. Probably inspired from 'Journey to the West' novel like the Monkey King born from the rock! Ultraman Victory transforms using the Victory Lancer, and uses Spark Dolls.

He has a time limit of three minutes. The most notable feature of the Ultra is that Victory has a large V shaped crystal on his head and a V shaped colour timer. Stands approximately 6", it has a size similar of those vinyl Ultraman figures but this figure come under Hikarino Cho Senshi Series (Warriors of Light series) which is made of hard PVC plastic. The series provides an accurately proportioned figure. However so much on its posability as it only comprises of 3 points of articulation, on the arm and head via a swivel.

The real deal of this toy is certainty the gimmick of light-up V shaped colour timer in blue as well as the orangish eyes. Not too pleasant from the rear view where the switch, the batteries compartment and screws. The prove of authenticity is situated at the back of the right thigh with marking such as Bandai which is the manufacturer in 2014 and made in China (concept of Japan). Lolz...
at September 03, 2018

Another Ultraman I never see before..Thanks for sharing bro!!

>> Desmond
This belongs to a newer generations of Ultraman where new concepts and designs were thrown in (for good or bad).