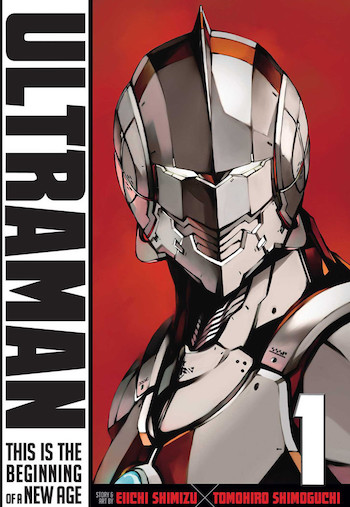 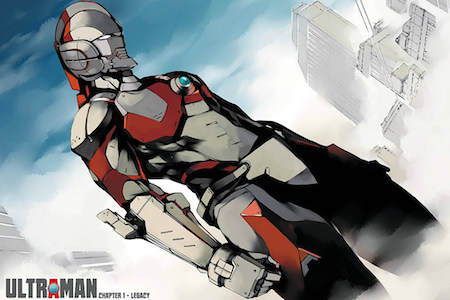 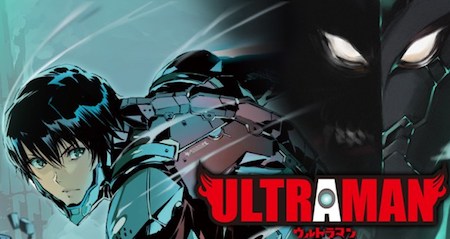 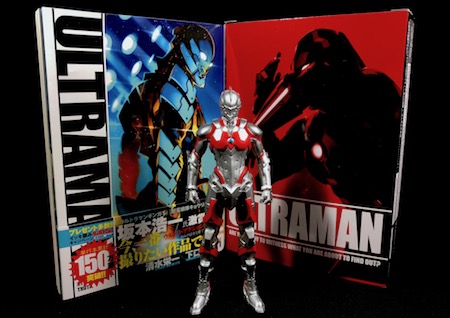 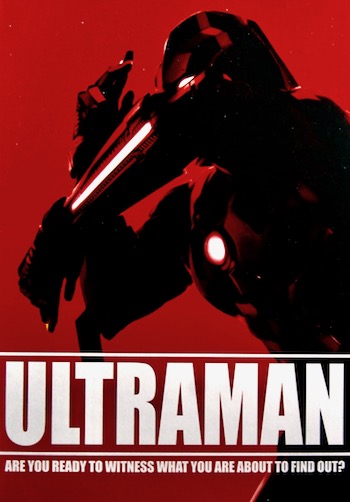 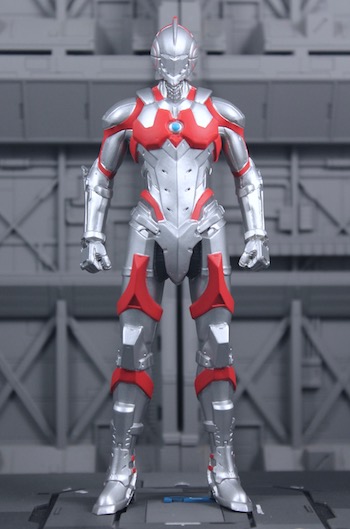 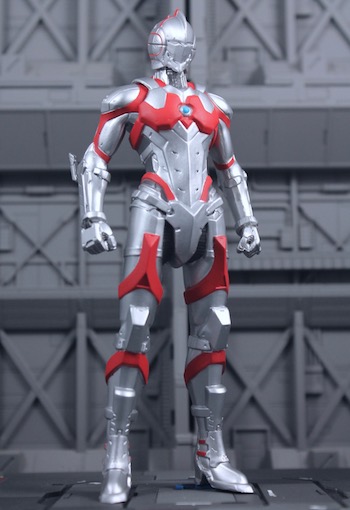 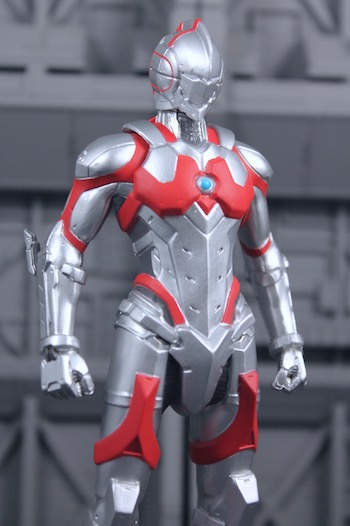 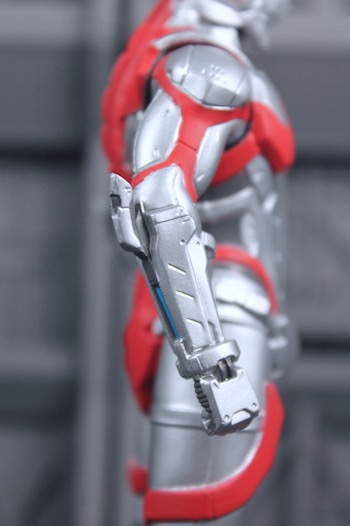 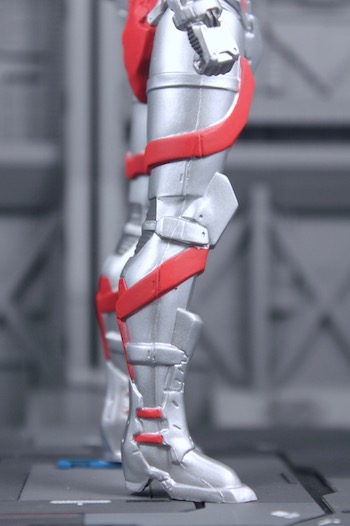 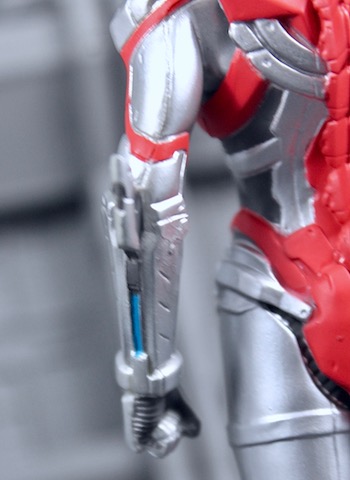 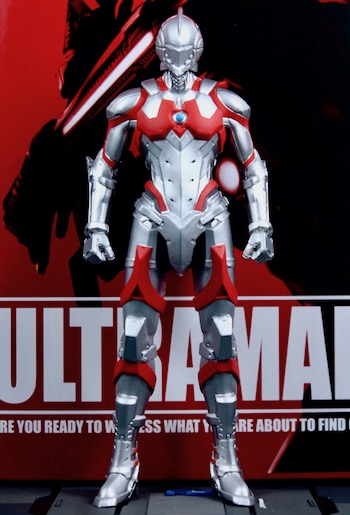 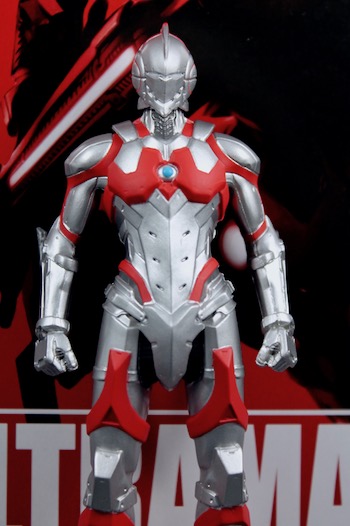 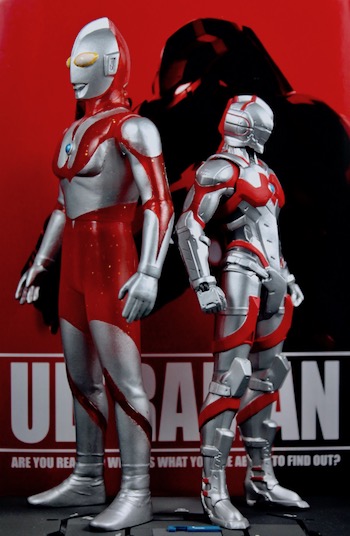 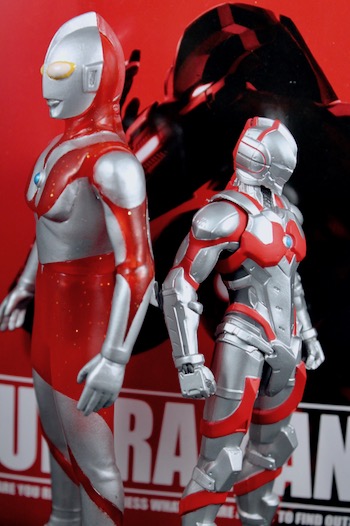 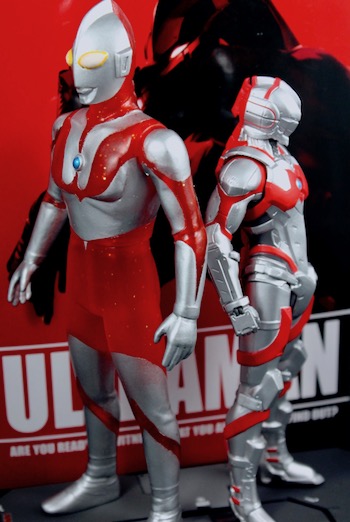 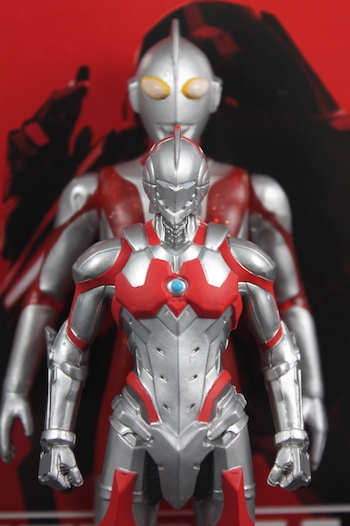 This is the beginning of a new age and you better be ready to witness what is about to happen! Ultraman in the latest manga no longer grow to titan and inevitably destroy buildings while fight off alien monster. Let's take the fight to human size level with handsome looking human character donning the Ultraman suit just like Japanese version of Ironman.

Well, the suit still keep the original colour scheme of the original Ultraman but now a more mecha looking Ultraman. This reimagined Ultraman manga series is written by Eiichi Shimizu and drawn by Tomohiro Shimoguchi. It is a manga sequel of the 1966 Ultraman television series and has been collected in 10 volumes as of July 2017. Both of them are previously part of the creative team responsible for 'Linebarrels of Iron' (One for my favourite mecha anime of all time).

This best-selling manga series is expected to receive its anime treatment in 2019. Meanwhile, I'm glad that Volume 5 of the Japanese manga version comes with an exclusive Ultraman suit 5.5" PVC figure with neat paint works and nice chrome.

Smart strategy of boosting sale as fan like me would definitely buy though I don't understand the Japanese content manga nevertheless I did browse through the manga, trying to figure out the plot. No worries as the English version of the manga or comic is also available and can easily source on Ebay. I can't get this figure locally and like the exclusivity of this figure. I ended up paying a premium price which cost more than a posable Ultra Act figure of this Ultraman.

Uhmmm, this is what we would call here, in terms of comic: an "ultimate", a reboot or a "what if" creation, based normally on popular characters but placed in a completely different context, timeline or something more subtle, changing elements of their background and particular circumstances (spin-off) and while I have very little love for Ultraman (sorry =P), this incarnation as a hero with armor is very, very appealing !!!... On the other hand, well, personally I prefer by far the magnificent Ultra Act S.H. FiguArts action figure (albeit I don’t think I could get it for a reasonable price put here =/), but I do understand the exclusiveness factor of this non or slightly poseable figure of yours and original mangas printed are not cheap at all either so, it’s a very good choice !!!... =D

>> Chrismandesign
I do believe this is a good change and new exploration of ideas in the hands of renown manga concept and artists. I like this new look of Ultraman a lot and I believed many agreed too looking at the trend and price appreciation of the toy in general. It’s a mixed feeling of whether I should get S.H.Figuarts Ultra Act because if I get my first set I would certainly get more that’s not very wise financially. Hmm... we shall see ^_^

It looks unique and I think it's quite brilliant in it's own right but I still prefer the classic original Ultraman design...

>> David
Nothing can replace the classic in the hearts of fan. The new concept is to bring more fresh ideas to the franchise for future expansion. So far it seems to gain much acceptance : )

Bro, this is a human size Ultraman which a few of the Japan Toy Companies have released its figures :)

>> Desmond
Earlier I even saw the PO by China made aka “Metal Ultraman”.