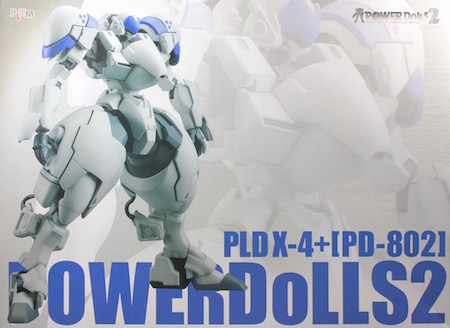 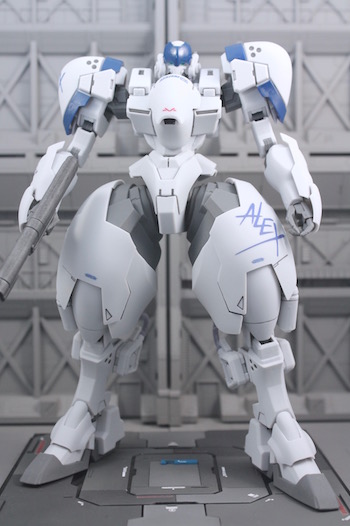 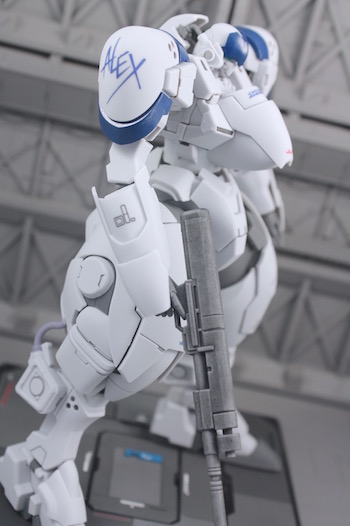 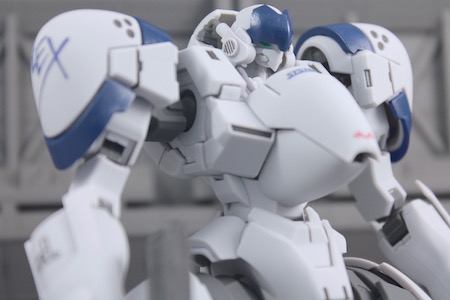 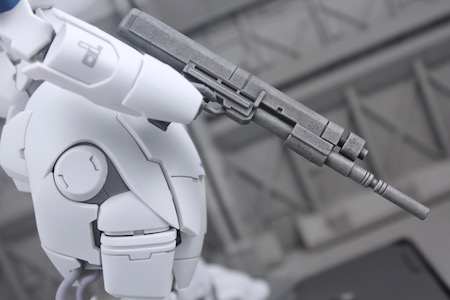 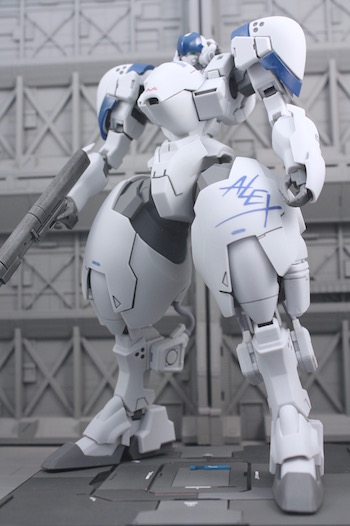 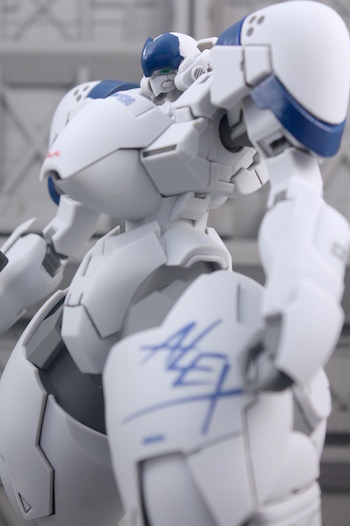 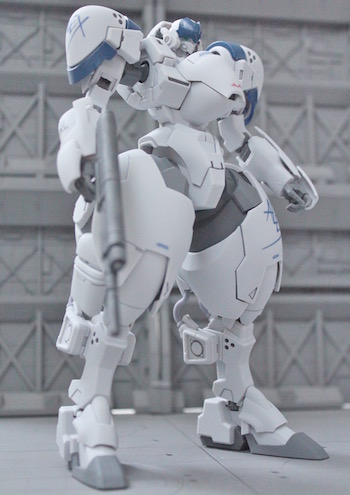 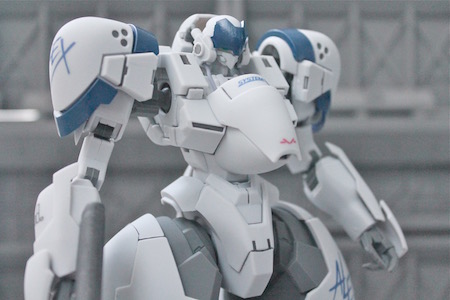 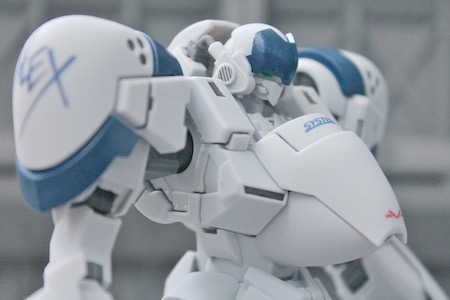 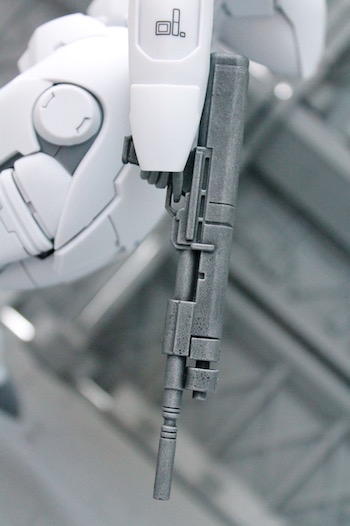 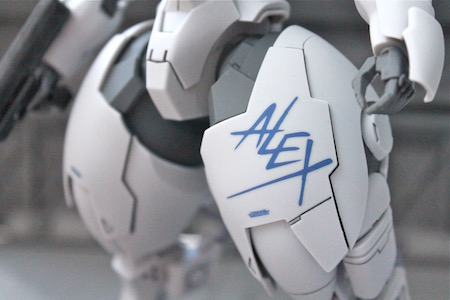 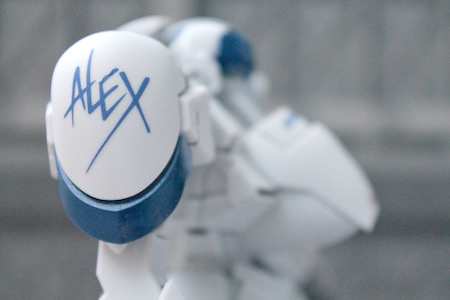 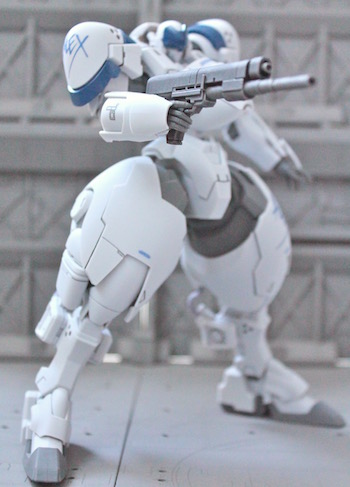 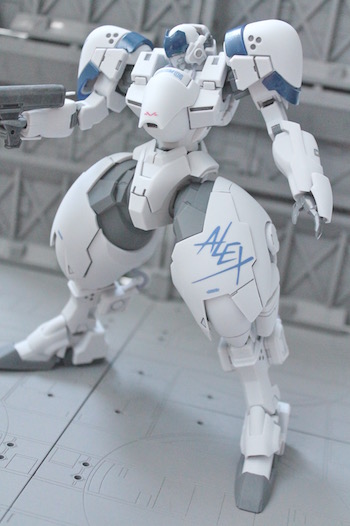 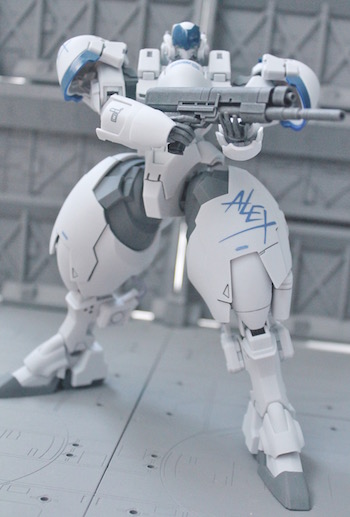 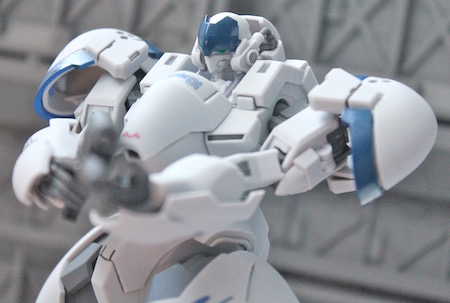 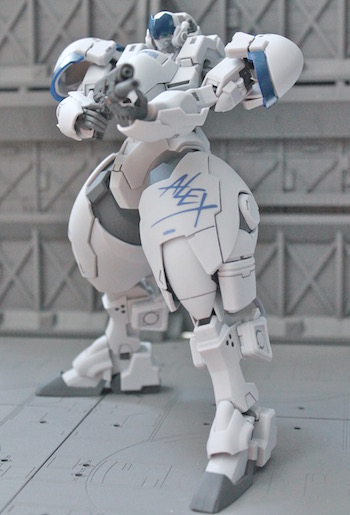 After much Bandai kits especially on Gundam, it's good take our attention to stuff more obscure and less mainstream. Something nostalgic that takes us back to the 90s or do you remember the days us install PC games using floppy discs like my favourite genre turn-based strategy game 'POWER DoLLS' - DoLLS: Detachment of Limited Line Service. The franchise also include an anime OVA which I believed only in VHS. The drawing is somehow close to 'Bubblegum Crisis'. Those standard grunt units known as 'Power Loaders' piloted by only female. Basic colour scheme primarily off white, with some blue and grey contrast.

The head sculpt had some similarities to Gundam EZ Gun, especially those Gundam looking eyes. The unique design of the mecha would surely be those delicious drumstick looking thighs. This niche 1/35 model kit was manufactured by PLUM . It stands at approximately 18cm, a size comparable to Bandai's Master Grade MG. The ammo rounds rifle only weapon and no decal provided. I had used mainly Gundam water slide and find Gundam NT-1 'Alex' decals well suited in terms of color scheme. I had sprayed the blue parts while a main the main portion only to top coat with the usual matte lacquer.

I like the overall design and color scheme, it suits good gals at the command, but the hip is a bit too bulky for my taste; nice decals, they don’t look out of place and always add to the charm... It would be great if PLUM had included other armament, but the sole availability of a rather not mainstream mecha, is a gain in itself !!!... =D

>> Chrismandesign
Looks like this post managed to thrill you. Indeed, this kit of the list chart and it came as a surprise to me as well when I first saw it. It's probably a of those ultra niche mecha kit for those who still remember the game or seemly attracted to the mecha design. The drumstick thighs do look weird however distinctively unique. Pricing wise, the kit is price alike Kotobukiya. I used Gundam Alex decals on this kit and glad the blue decals goes well with the overall colour scheme.

Bro, I still feel the legs are weird to me :)

>> Desmond
Understand bro sometimes there are such things that's bitter pills to swallow. That's why beauty is in the eyes of beholder ^_^