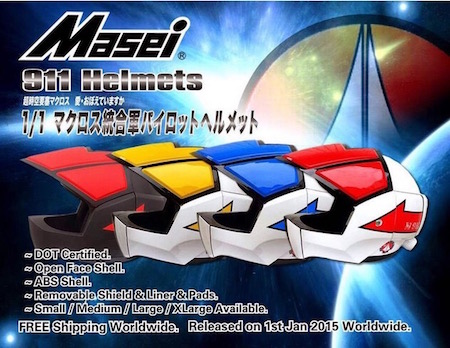 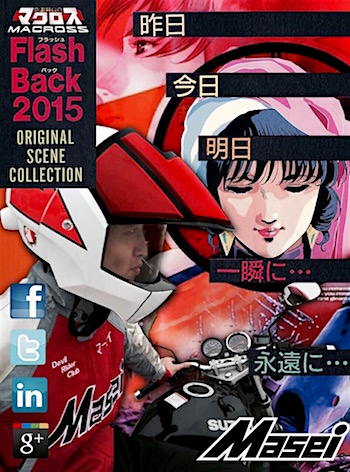 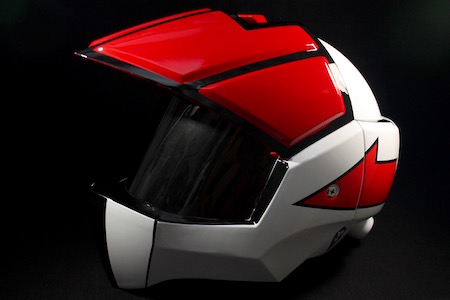 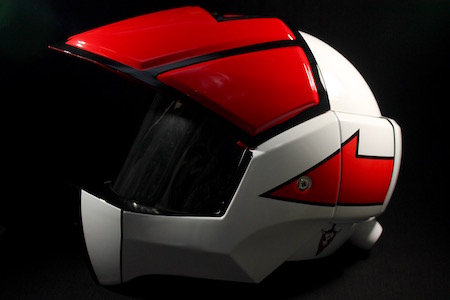 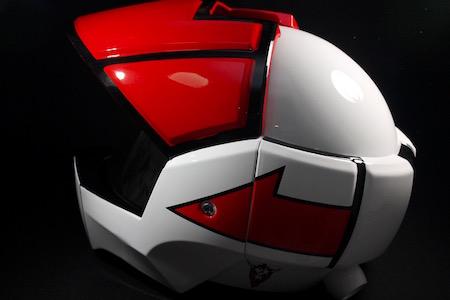 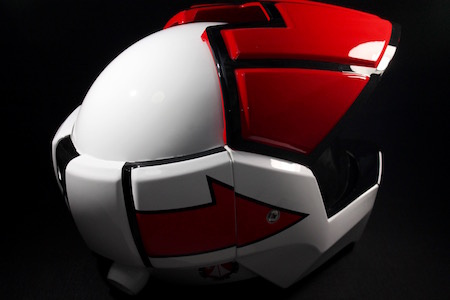 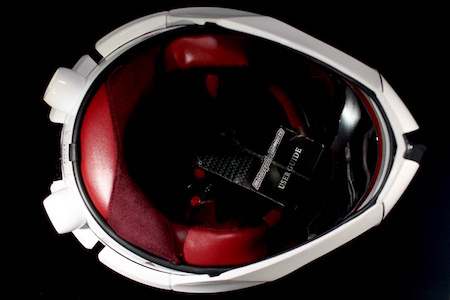 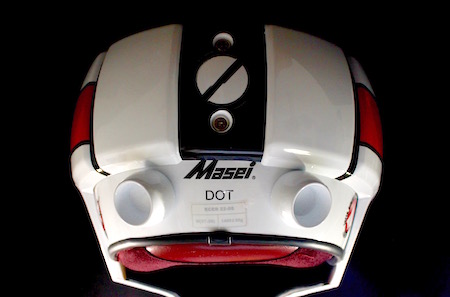 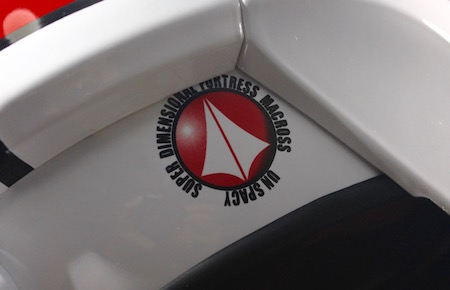 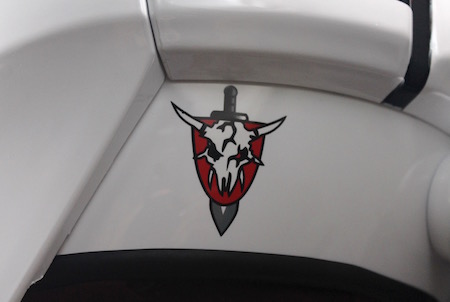 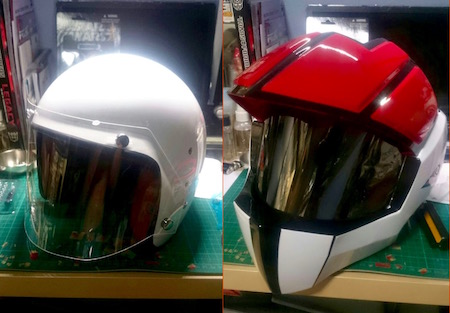 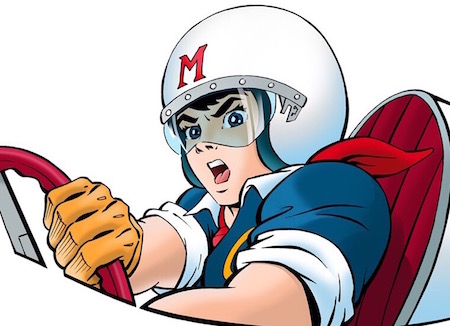 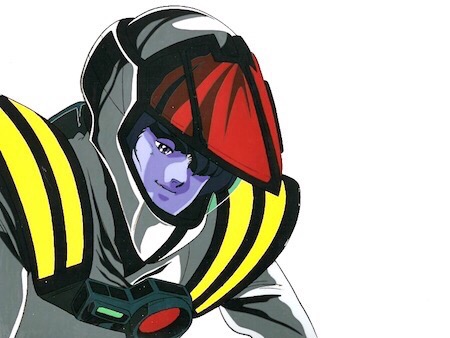 I don't own a motorcycle, neither do I have a qualified motorcycle riding license! Yet, I'm a proud to own this Masei 1/1 Scale Macross DYRL Hikaru Pilot Helmet! I bought it on eBay to know that the previous owner, previously intended to use this helmet for cosplay but decided to list it on auction after scrapping the cosplay idea. Condition is almost brand new with tag still on. Since, the first 1/1 scale Macross helmets produced by 'Yamato' is vastly beyond reach, Masei helmet can say to be a close resemblance to the anime, priced reasonably. What's more that is the Masei helmet is made with the practicality of protecting the head while riding. At least it's how its claims to be. Anyway, a friend of mine, Kenny Ang, managed to strip the helmet casing and the naked helmet looked just like old-school 'Speed Racer'. Kenny had then help me to apply a reflective film over the visor to protect the identity of whoever behind the visor.
at May 16, 2016

Bro, the glossy finish of the helmet looks great!!

>> Desmond
Yeah! I like the gloss too. It makes the helmet looks well polish and buff.

>> Andy
Nice off road bike and adventure you have bro! A lot of envious ^_^

This is a fabulous prop pal !!!... I can’t find noticeable differences between the Yamato and the Masei versions, but I guess the Yamato rendition is more accurate and much more expensive, as I could find on the web !!!... I don’t know if I would use this as a motorbike helmet, but this item is something I would consider for my collection, yeah !!!... It was so well design, that even today looks futuristic, however, it would be ruined easily in the harsh conditions of current motorbike driving... =D

>> Chrismandesign
I must agree that this helmet is well made and is an excellent prop or artifact. Something unusual and special in my collection. Definitely something that I will not use for actual riding as I would be very painful even if there is a single scratch ^_^