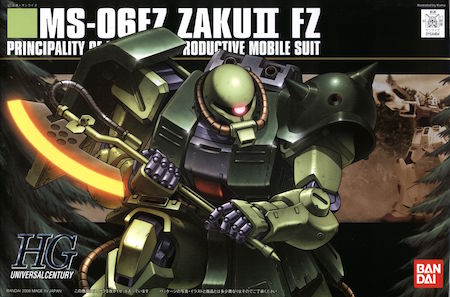 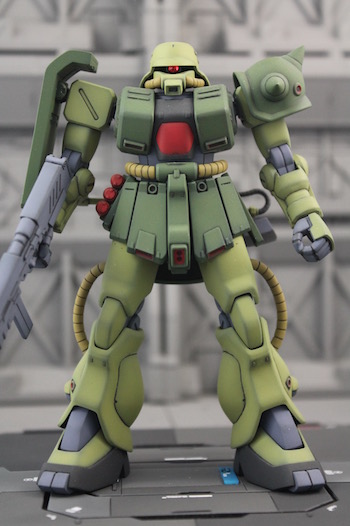 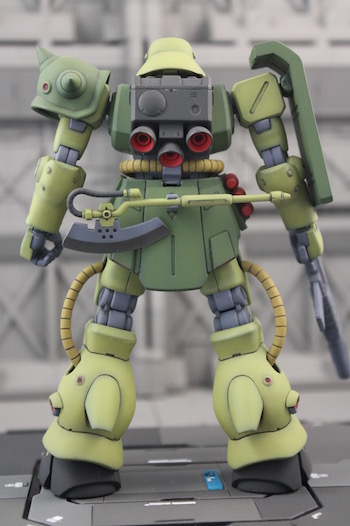 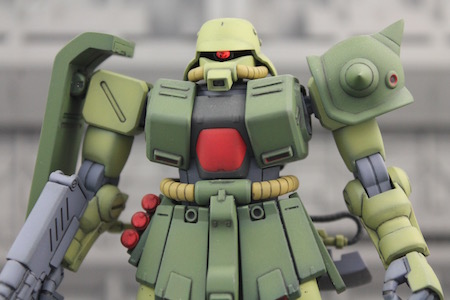 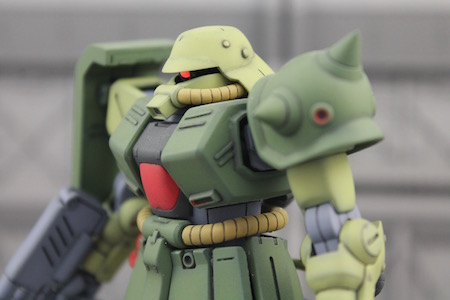 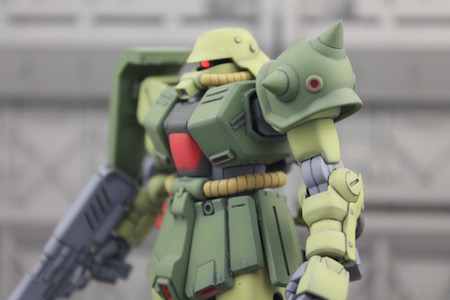 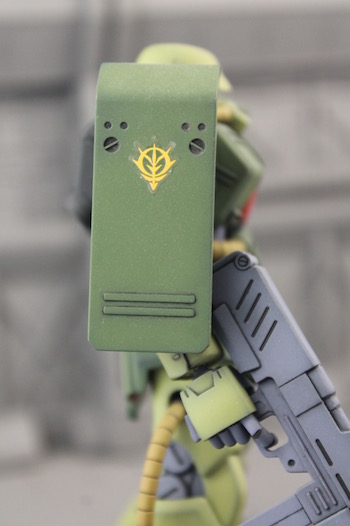 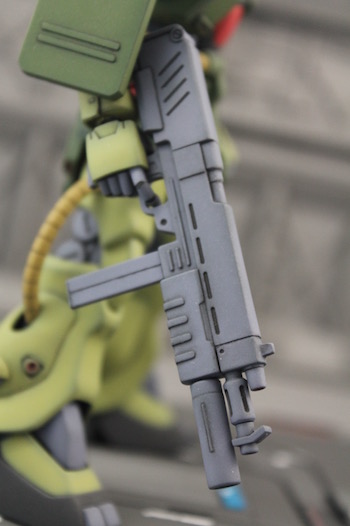 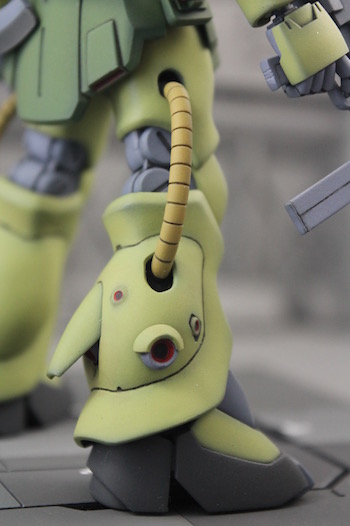 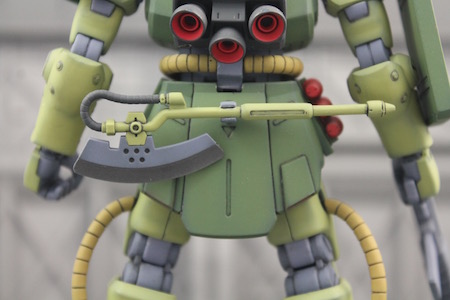 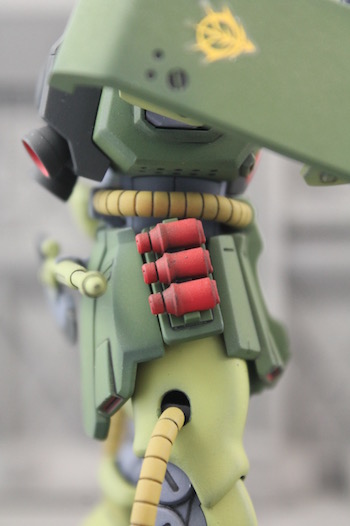 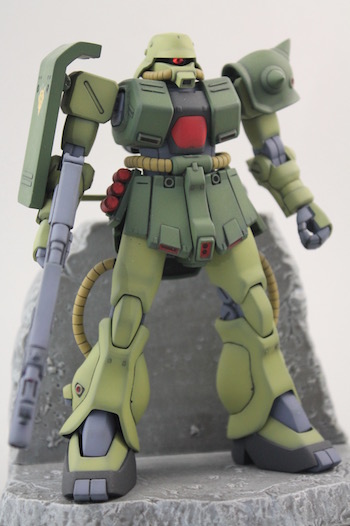 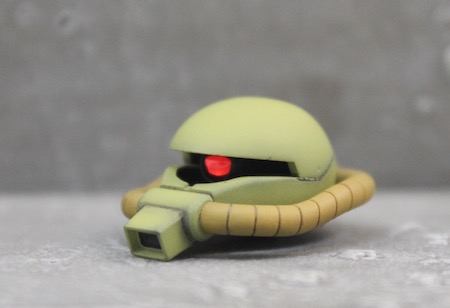 The MS-06FZ Zaku II Kai (ザク II 改) is one of several variants of the MS-06 Zaku II line of Mobile Suits. Making its appearance in the '0080 War in the Pocket Mobile Suit Gundam' OVA which tells a tragic love story. Stanley told me he watched the anime when he was a kid and he cried at the end of the anime. This HGUC kit has become rather rare these days and this review is from Kenny's collection, nicely built and painted. Kenny's choice is Zaku II Kai - B type is also reproducible by the replacement of the head. The B-type has a Nazi soldier helmet style. Weapons included Heat Hawk, 90mm machine gun and 3-slot Grenade Rack (Red). MS-06FZ Zaku II Kai, meaning modification in English, improved in acceleration and redesigned and improved cockpit, a general appearance of a more armoured Zaku II. The traditional shoulder shield and spikes remains.

A known pilot to this MS is Bernard Wiseman in the anime '0080 War in the Pocket Mobile Suit Gundam'. This kit is likewise an improvement over the original Zaku II HG release! With more flexibility in the hip joints to allow for more dynamic posing as well as the new 90mm machinegun, this kit is made to reflect those positive changes. It also comes with the Zaku-standard heat hawk, so any fan of Zeon suits will not be disappointed with this one. A sheet of foil stickers and a Zeon marking sticker are provided to add detail to the completed model.
at February 04, 2016

That’s a nice Zaku, yeah and it has the main treats of the subsequent Geara Zulu and Geara Doga; actually it’s more evident for the Zulu variant, since the Doga reminds me more the Zaku III... In this mobile suit, the Nazi theme was more clearly developed (albeit always present in the Zeon Faction); in that sense, the machine gun for this rendition has a more modern design, but the previous one captures better the Nazi feeling... Great paint job, I like the slightly weathered finishing all over !!!... =D

>> Chrismandesign
Now that u mentioned, the variant head had indicated the resemblance to Zulu in the later UC saga. I have all confidence on Kenny's work and the slight weathering indeed add the realistic feel to this grunt unit. Personally, I like those rifles of non beam type. The shells dropping magazine changing, reloading ammo ^_^

Wow bro you spray paint on this? Look awesome the texture. Lot of work there.

>> Leon
Not done by me bro. It done by a friend who is giving up he's mono-eye collection.