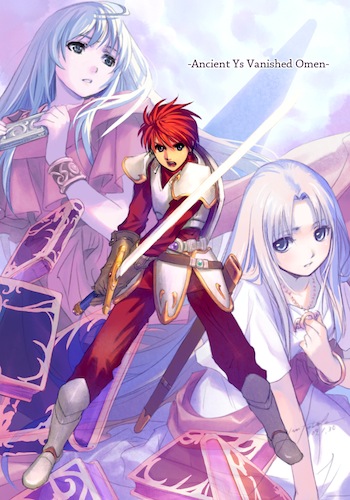 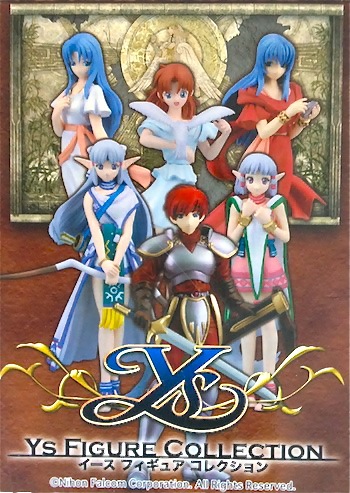 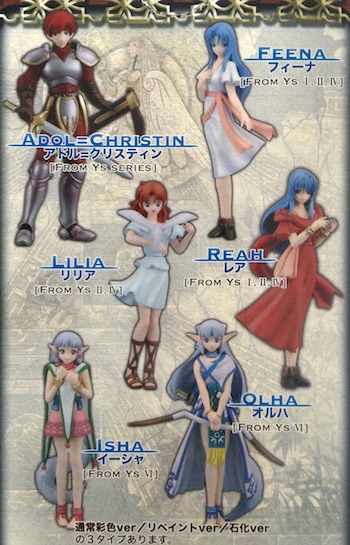 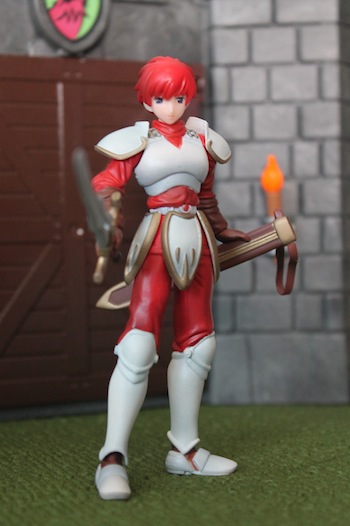 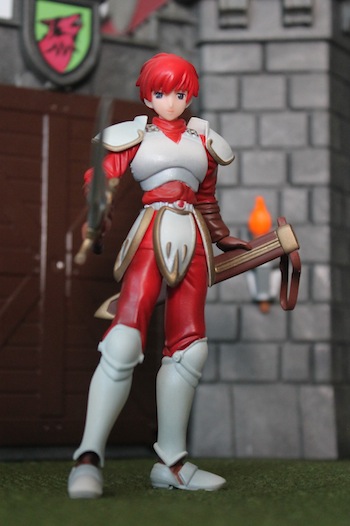 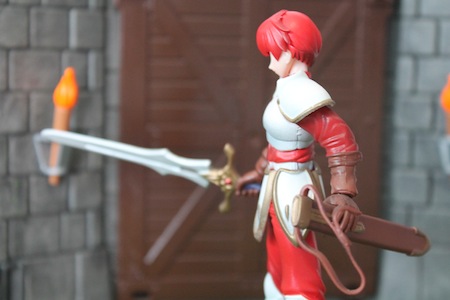 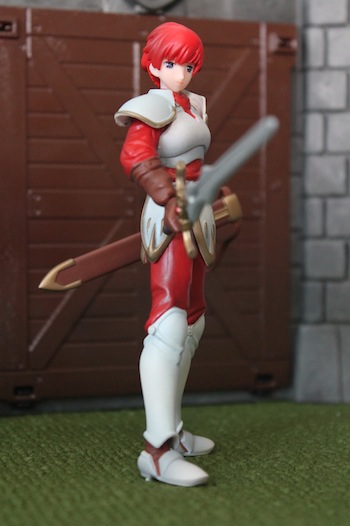 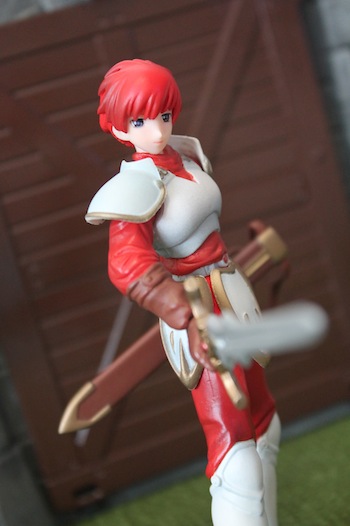 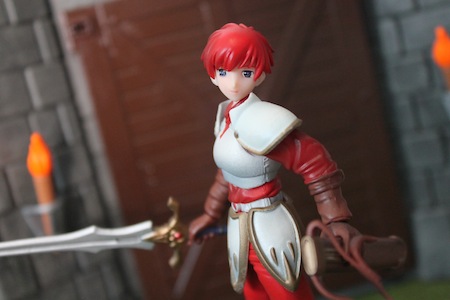 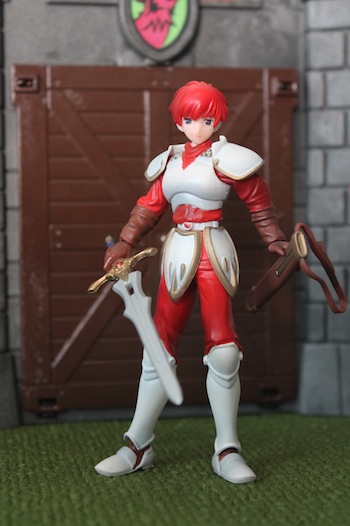 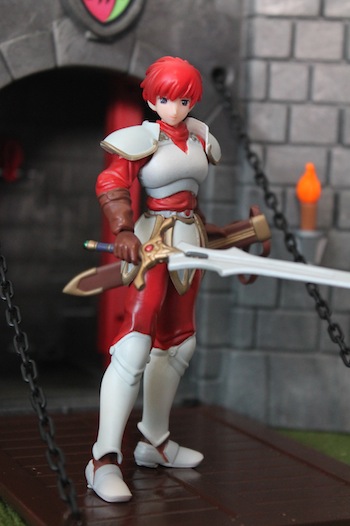 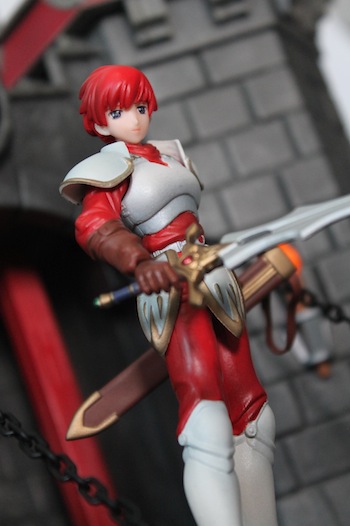 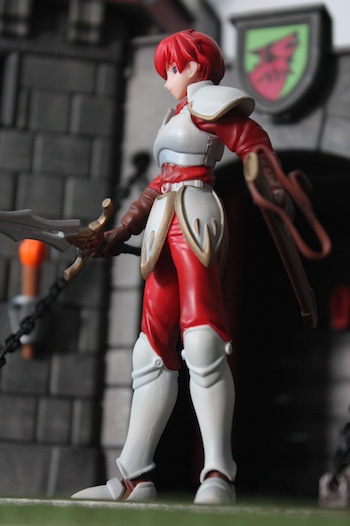 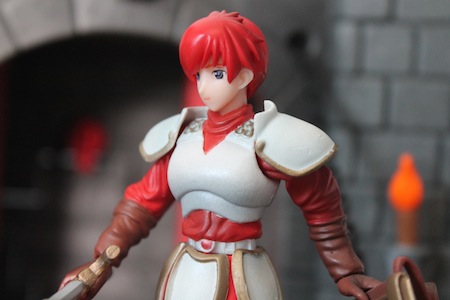 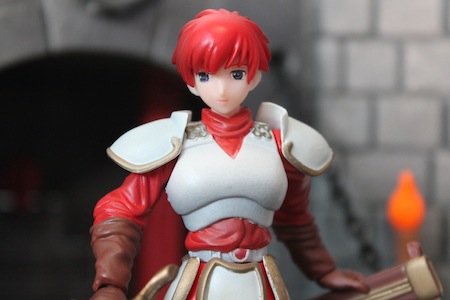 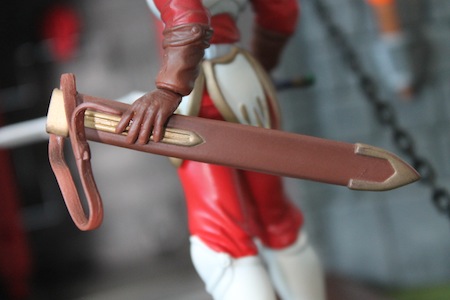 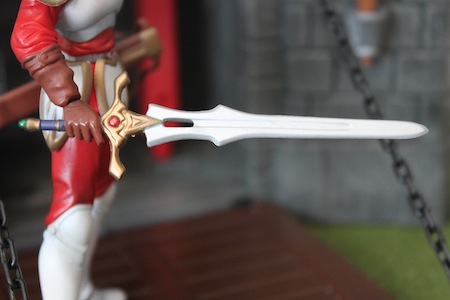 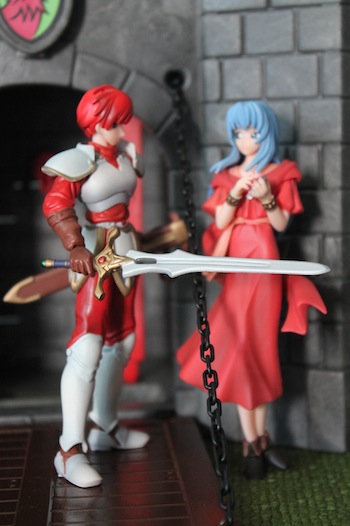 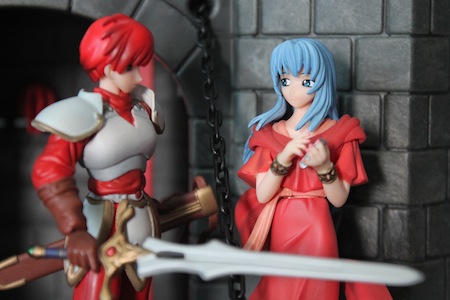 Yssssss!!! I have made mission impossible, possible by finally obtained this rare gem! Introducing Sir Adol Christine from the RPG fantasy game earlier installment titled 'Ys VI: The Ark of Napishtim'. Adol Christin the main character of the Ys series, he's an adventurer and a swordsman, teleported by accident to the floating island of ‘Fallen Paradise’, saves the day with female NPC and even goddesses going head over heel, helplessly falling in love with him. Atelier is the manufacturer licensed under Falcom. Each figure in blind box cost around ¥500 when first released.

Inevitably, I had to forked up more since it was out of production, but it definitely worth it just to get my hands on it. Dapper sculpt of the gentle hero, Adol in his battle armour, holding the scabbard on his left hand and sword on the other hand. The blade tends to bend so as usual, I had applied the hot water treatment to straight it. The neck joint and hands are rotatable, providing some varies slightly different poses.

Available in different costumes as well as colored or metallic model. The popularity of the game made it highly sought and limited figure produced in quantity explained for the scarcity. There is really so few of Adol figures and its seriously rare. I feel very fortunate and having this after much effort and glad to share the joy and photos to those who like the character as much as I do.
at November 08, 2014

Bro, seems like the castle is your favourite background for figurine photograph :)

and i am still waiting a proper figurine for Adol, this Classic JRPG hero deserves one.

>> deSMOnd
Yeah! I bought this castle for the sole purpose and it has served me well for any knight related figurine. Another option is going for outdoor shoot.

i have not heard about this game, neither about the toy company responsible for this set of figures, but looking at your review, looks like it was a big hit in your country (and probably in other asian countries too)... i can say that despite the simplicity of the character itself, it has a good deal of detail and nice work in the sculpt, specially the fine face (kinda androgynous)... i’m glad you got it after an intense search and i do know what it feels !!!... =)

>> Yami
Totally agreed! Recently, there was a 1/10 scale figure of Adol but not this first version.http://myfigurecollection.net/item/119221

>> Chrismandesign
Ys started off as a Japanese game like some RPG knight fantasy games for game consoles in the past for catered mainly for Japan domestic market. It's easier for asian countries to get the games and due to geographic reason. Later with the game's popularity, some of the later releases had its English translated treatment. There is really some few of Adol figures and its seriously rare. I feel very fortunate and have this after much effort and glad to share the joy and pics who like the character as much as I do.