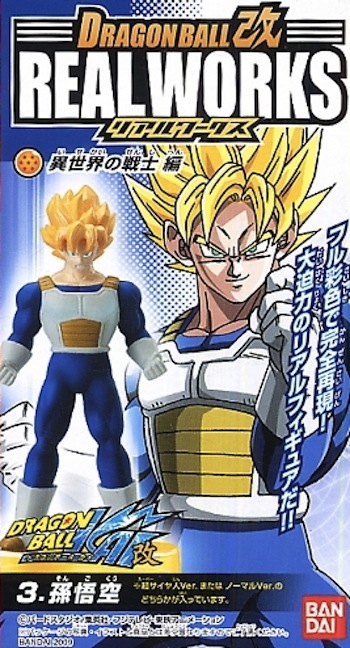 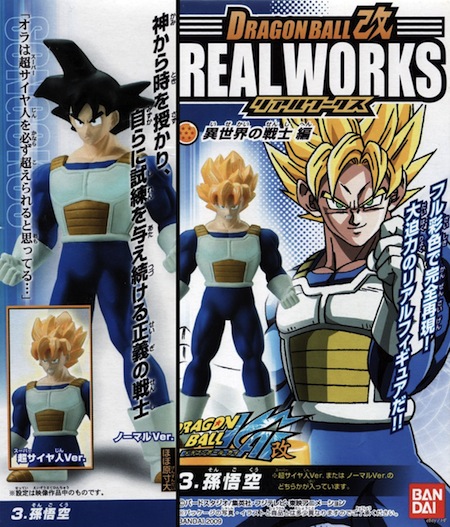 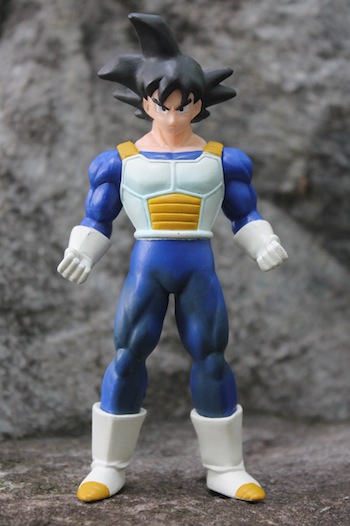 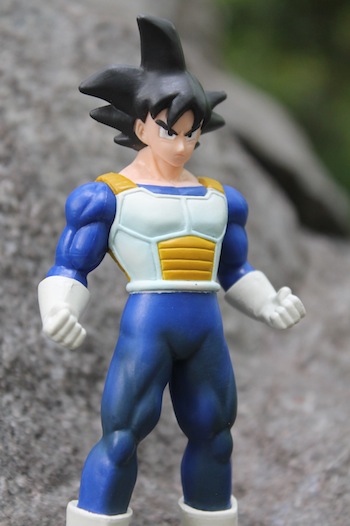 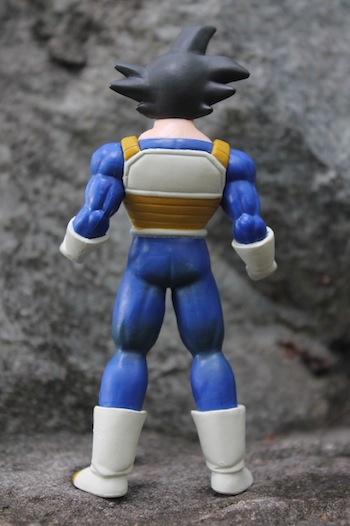 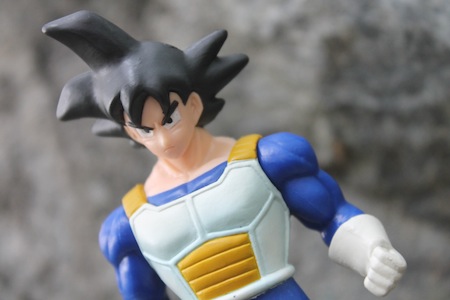 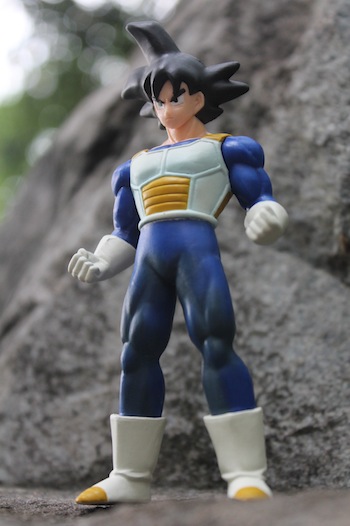 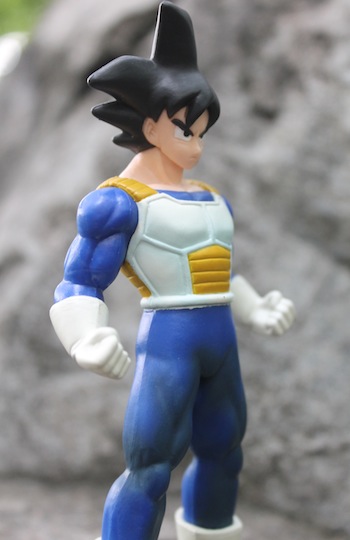 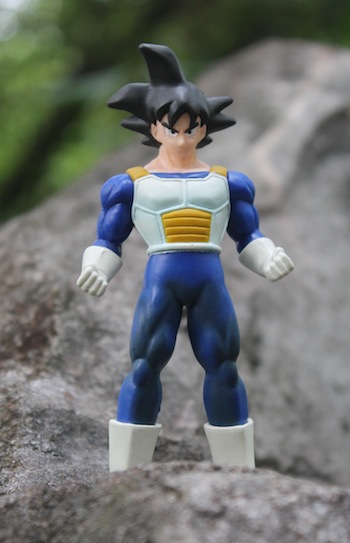 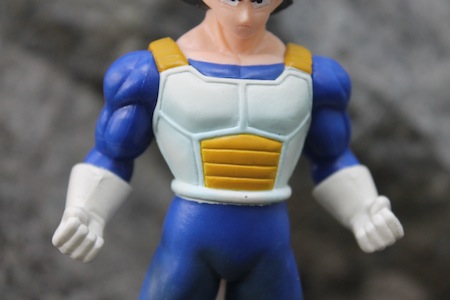 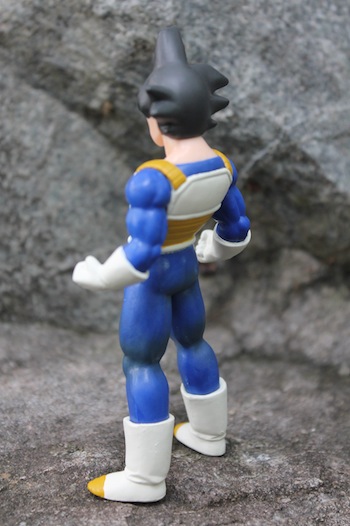 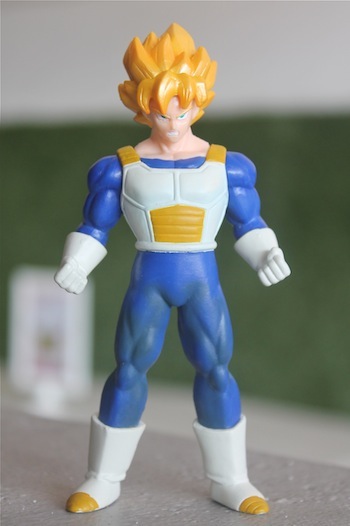 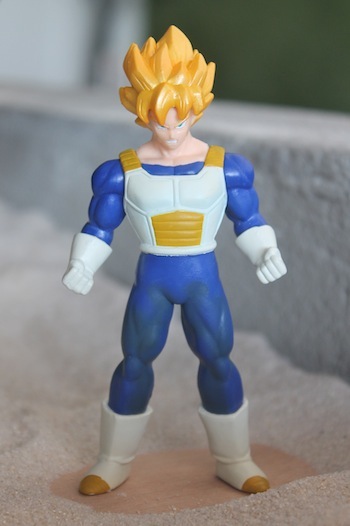 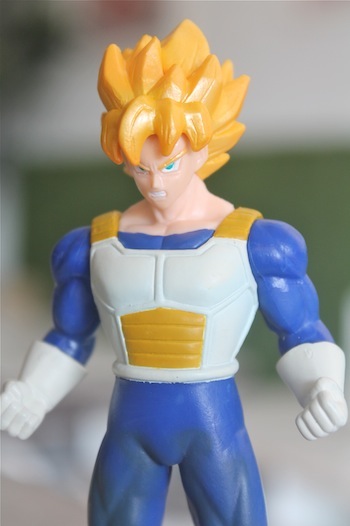 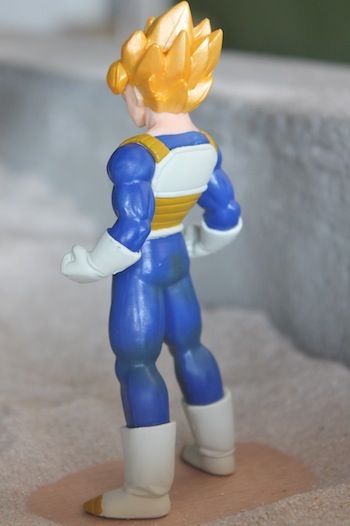 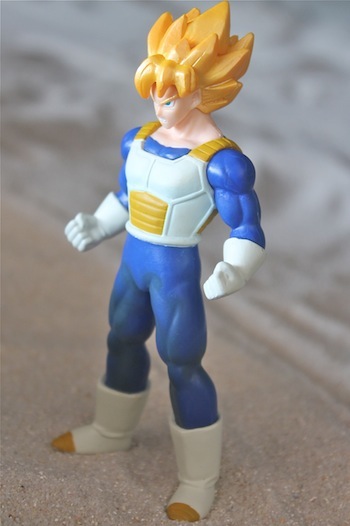 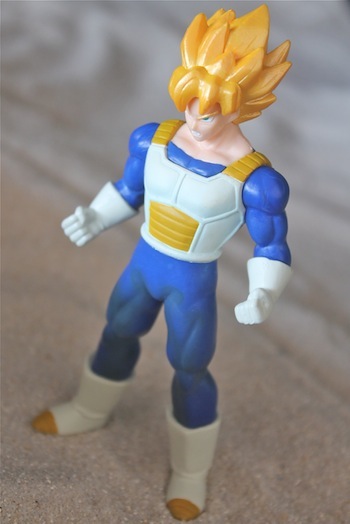 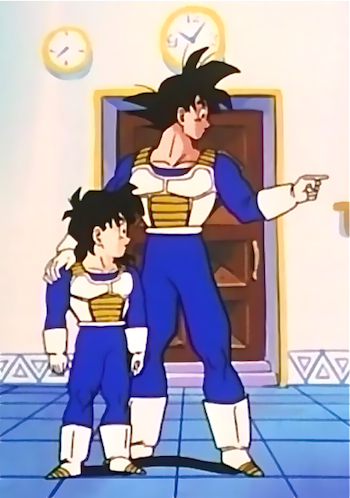 I have seen many Goku figures around in his usual Kami attire so having Goku in his Saiyan Armor would be interesting. Here's a candy toy by Bandai under DragonBall Z Kai Real Works. The figure is 12cm in height and came with a transparent yellow stand base. Anyway, the figure hold up on its own well so I normally don't put it on stand so as not to take up space on display. There were characters released DragonBall Z Kai Real Works, typically 10 characters in a set. The good thing is that each character has its own printout on the box so you get to select the character you rather than trying your luck with those blind box candy toy.

This packaging showed Goku in his Super Saiyan form and to my surprise, my piece was Goku in his black hair. Well, I must say it was a splendid surprise to think this is a rarer figure. Not to worry as I got the Super Saiyan version as well. Both are amazing figures of Goku when he first bought Gohan to the Hyperbolic Time Chamber to training in anticipation of Cell attack in DragonBall Z the anime series. Though the PVC figure is non-poseable, it's an awesome representation of the Goku in his serious expression. The paint job only earned a fair, as my complaint is the part on the waist which the white portion spilled over. Other than that, I'm pleased with those colour shades on the tights and nice sculpt showing Goku's good physique with those well-craved muscles on the limbs.
at September 15, 2014

this figure has a strange vintage feeling, despite it was made in 2009 (as the packaging claims)... for a candy toy, you get more than you expect, since the size is rather big (in comparison, a candy toy here in my hometown is average half such size =/)...

what i find a bit weird is that Banpresto, being currently a Bandai subsidiary, has better finishes in figures within the same category... however, a Goku in saiyan armor is always a great addition for any Dragon Ball collector... as you mentioned, unlike the kami suit, this outfit with its close fitting lets you see the Goku’s body, achieved through a hard workout !!!... =)

This figure was released in line with the introduction of DBZ Kai in 2009. The Kai version supposedly followed more closely to the manga and of course the anime graphic improved. With the improvement of toy quality, Japanese trading figures had been value added I guess with an increased in size. Even capsule toy Gashapons are more sophisticated nowadays. Well, Gashapons used to be S$1/- when I was a kid and now it's S$4/-.

After reading your comment, I googled on Banpresto and true that its parent company is indeed Bandai. In the past, Banpresto is regards to produce stuff inferior to Bandai. Maybe those few Banpresto figure that outdo Bandai are just fixed posed figure. Bandai is still taking charge of premium mecha stuff with load of chogokin, Robo Tamashii and S.H Figuart.

I don't remember Goku wear this suit before...

He only wore this attire a while after Freeza saga. That short while kind of made it special to me. Furthermore, there isn't many figures of Goku in this attire. That made it even more niche..

If I remember correctly Goku wore this when he went training with Gohan in a time clock space knowing they need to face prefect Cell. Goku don't really fancy this suit but its durable so he wore for the training with his son.