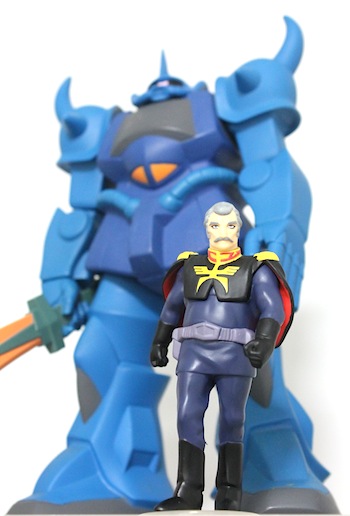 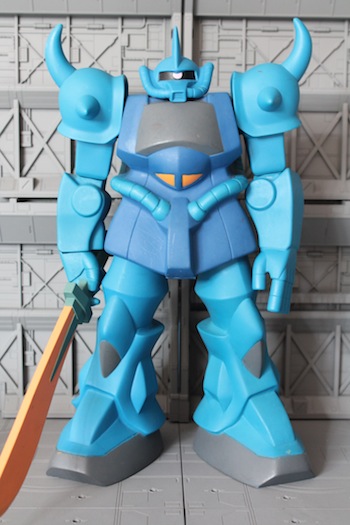 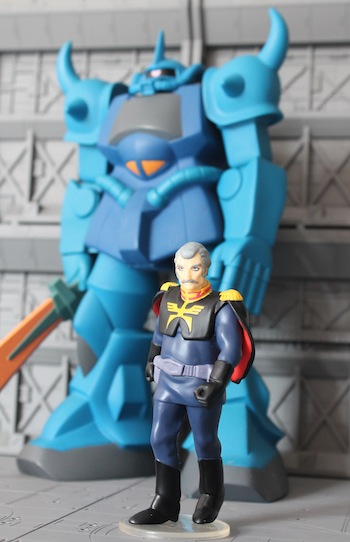 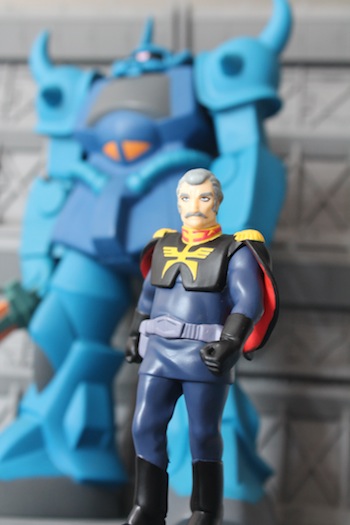 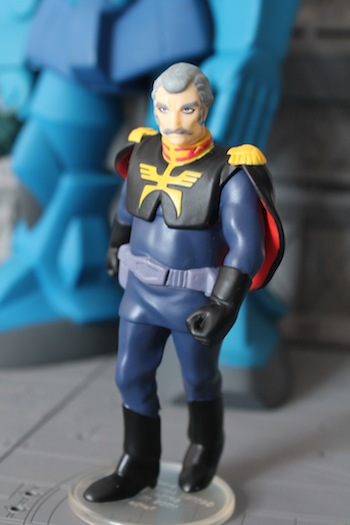 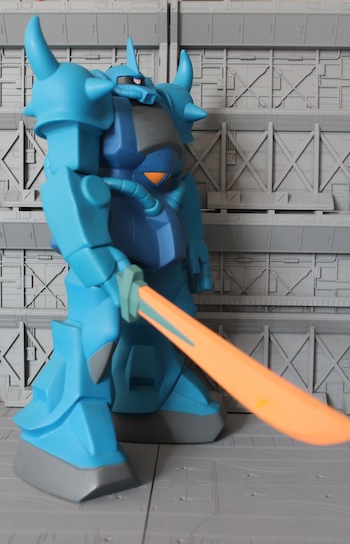 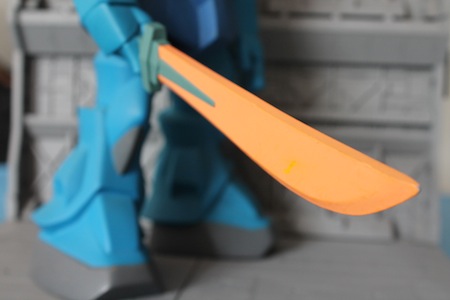 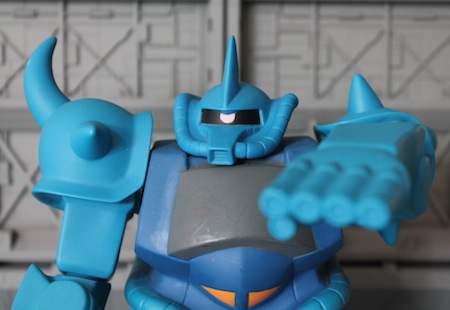 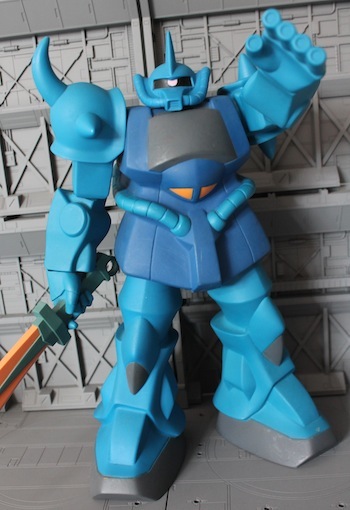 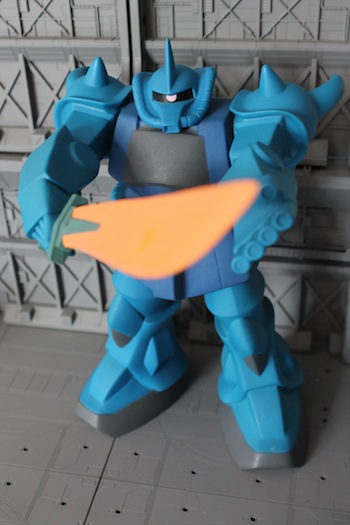 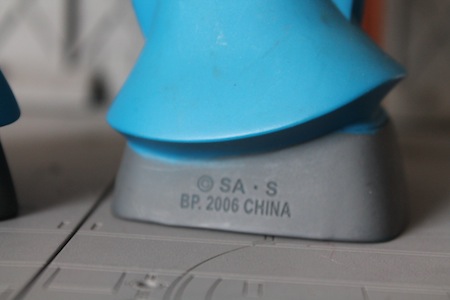 I told you! I'm no normal Zaku! I'm the 'Blue Giant'. Banpresto's version of MS-07 by soft vinyl material. Manned to look massive standing taller than 13", lack in details to look just like those you see in the very first Gundam OYW anime. So it's anime accurate... Lol Gouf proves to be a formidable foe against Gundam RX-78-2,armed with a 75 mm machine gun hand on the left and superheated slicing weapon that's painted orange and infused to the right hand on this figure. There's only 7 points of articulations including the head so basically the figure is primarily in its standby pose inside hangar. The authenticity mark is situated at the heel of right leg. The 3.5" Ramba Ral figure not included, it's a compliment from the set of Gundam O.Y.W character figures set.
at September 20, 2014

these figures by Banpresto are always so nice despite their simplicity !!!... i like to look at them almost like PVC designer toys, they seemingly lack of details, but the sculpt and the color scheme are quite neat and well, they are humongous !!!... this Gouf looks charming and since i have some Banpresto figures in my collection, i can afford to say they’re fantastic for display and even for playing !!!... =)

Man! Somehow I'm becoming more of a blogger of Banpresto figurines. Haha! Vinyl material makes the toy durable however the major shortcoming is the articulation and so these figurines were made simple. The hollow ballooning properties allows bigger scale to be made. Blue giant Gouf IMHO are nicely complimented by the pilot figure.

Now that you have mentioned, it does look like 大刀. An improvised version with beam. Lol...