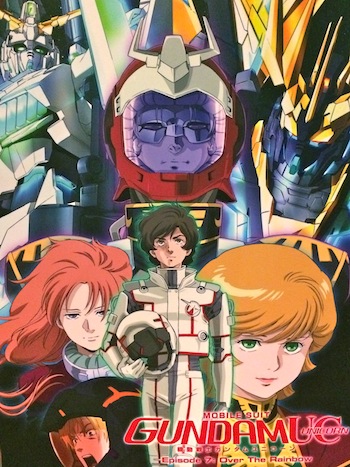 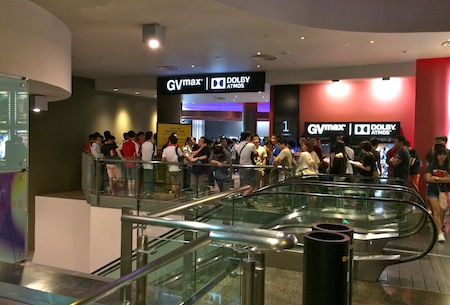 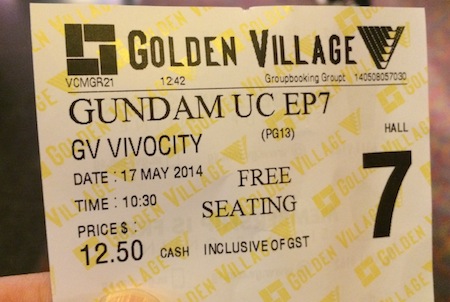 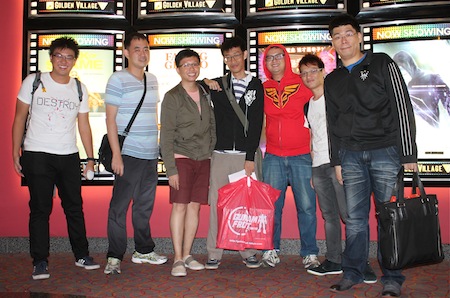 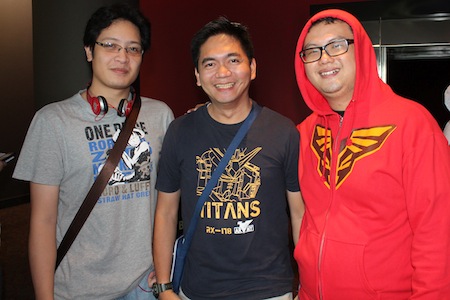 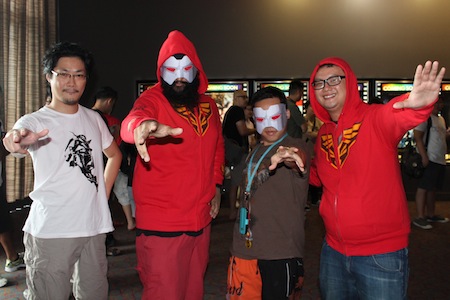 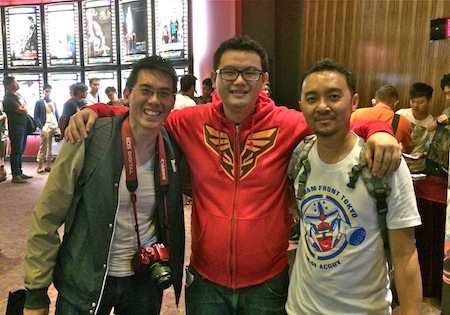 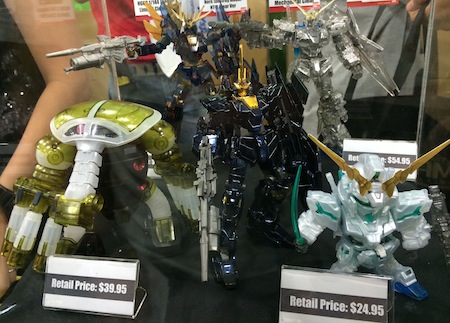 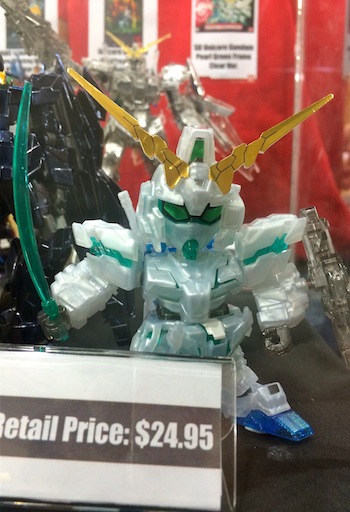 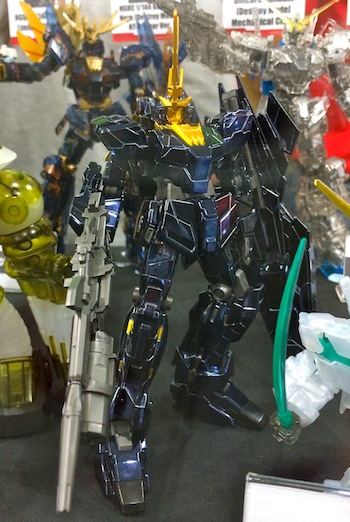 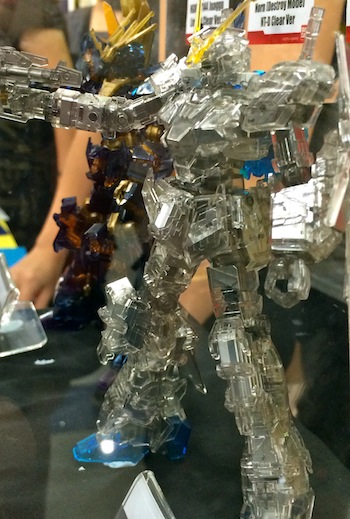 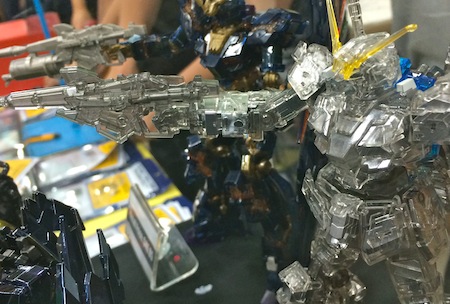 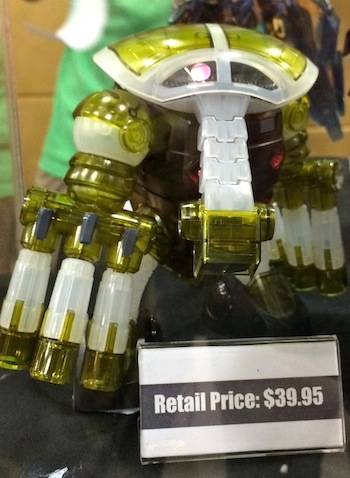 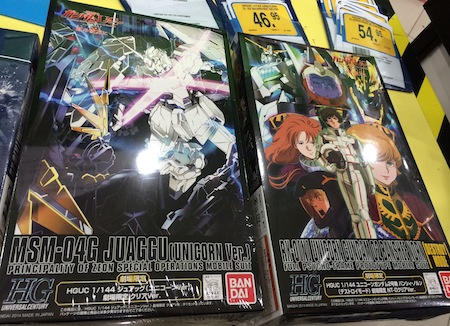 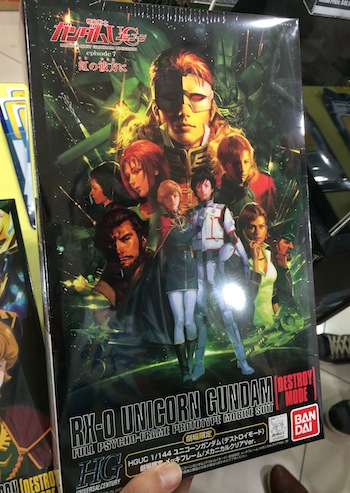 We start together and we finished the anime together after a long four-year-run. Gotto really thank Leon for the ticket for this chance watch the finale to Unicorn Gundam Episode 7 'Over The Rainbow', same day with the rest of the world premier. Excellent chance of meeting friends from Gundam chat-chit club and good spirit Gundam fans both from Gunplanatic and individuals who like this series so very much.

The last episode had attracted the most crowd so far to my experience with the queue going spiral. Lotz of fans had also came in their favourite Gundam t-shirt and a couple of Full-Frontier hardcore fans had the mask brought along. With the series coming to the end, you can expect the battle scenes breaking loose with familiar MS from Gundam Z and ZZ. A big surprise would be an alternate ending differed from the light novel. 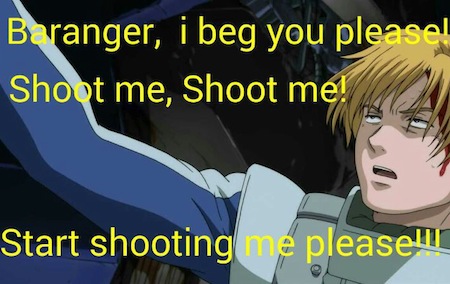 Spoof alert: Gundam Unicorn Episode 7 parody was brought to you by Stanley aka Agent 'S'
(Please seek your doctor's advise and do not continue reading if you have a weak heart)
May contain spoiler

2) Audrey Burne is the 'Voice of the New-types' in Mass Communications.

3) Full Frontal is truly a vessel of Char, the Neo Zeong went into Decomposition mode, Impressive ring of fate and but history repeats itself, 1st unit in UC to be control via psycommu system to attack its own ally.

4) Syam Vist more than 120 year Great Grand Father KAO that's was immortal, this Ah Peh (Old Man), Mai Siao Siao (translated into don't underestimate him) can shoot beam weapon by turning his head round and round.

5) Marida Cruz is in so much pain in torment, she wants to die so much... Finally ends up turning into Rei talking about the warning and explodes without killing everyone.

6) Angelo Sauper kills allies and ends up suicidal, but never die. Angelo is really gay and the dead body of Full frontal was in so much of unfortunate (maybe be a behind the scene Doujinshi event for gaylos).

7) Ronan Marcenas pressed a button and went stunned at corner... when he found out Banshee pilot was his son. Served him right!

8) Bright Noa comes with BALLS OF STEEL in this century so speak bad in front of superiors.

9) THE BEST ACTOR AWARD goes to Riddhe Marcenas.  He got very angry when Char Bo (girl) rejected him and runaway. A cry baby who would breaks one of the mobile suit legs in every episode! Whines at Banagher on how is he always in the way of everything, love, fighting and why holding back. After killing Marida Cruz, cried like a baby in struggle and keep asking Banagher to please shoot him, shoot him (like some prevented SM pilot in fact is the one and only SM pilot who wants to be shoot for no reason). After enlightenment from Banagher his Banshee turns GREEN too, then ask again why are you , now perfectly Newtype (like dragonball vegeta).

10) Lastly, Silver Bullet pilot, servant of Vist without him, saving and supporting Mr Banagher, this movie CONFIRM GG and we can go home liao (already).
at May 17, 2014

Yeah bro! Sorry could not make it for your son's 1st birthday cos gotto work after the movie screening. Hopefully, they shortage the production period for Gundam Origin which should coming next.

Your spoof alert is too good to be missed out bro! It's the gist of the post ^_^

I think the 3rd wave of Psycho shield belongs to Unicorn Phoenix.

Gotto listen to the Gundam guru. Unicorn Gundam sure taught me one thing. The final fight is won by shields and punches ^_^