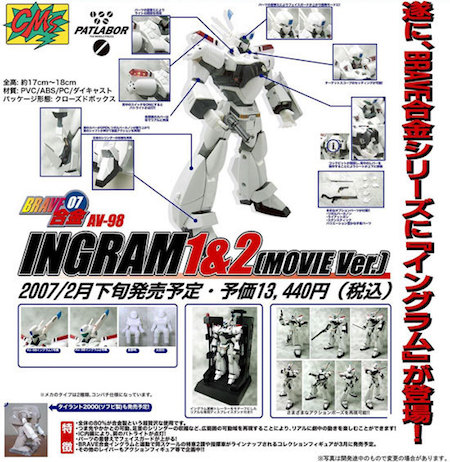 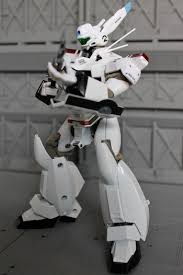 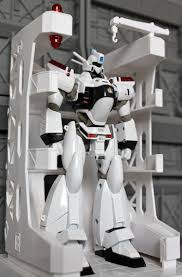 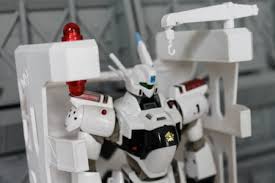 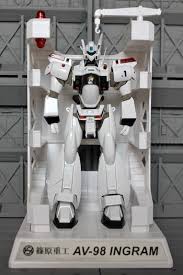 As I was taking pics of 1/60 Brocken Labor See Type-7B/2B, I thought why not also take out my Patlabor Ingram 1 and 2 - CMS Chogokin again for a re-post now with a better camera and backdrop. The whole idea had inspired me to take another 30 pics for this post. This box set released in year 2007, came in a dimension of 28cm X 9cm X 21cm is quite the collector's item of Patlabor AV-98 Ingram 1 and 2 in Movie Version.

Don't be mistaken that you would be getting 2 Ingrams in a single box as the box set only consist of 1 Ingram but having changable parts mainly for the head and shoulders to switch between Patlabor AV-98 Ingram 1 and 2. Nevertheless, what made the set so collectible is the it comes with a stand and a hangar which you can either put them together or separating depending your preferences. When I took the figure out from the styrofoam insert, I literally felt the weight of metal especially on the legs for stability.

CMS had cleverly used cloth to cover the joints and the blinkers is battery operated. There are two pilot figures included so I deducted they are Noa Izumi and Isao Ota. These miniature figures can also be placed inside the mechanised cockpit on the chest.

Other cool features to the toy would be the revolver compartment on the right leg with openable function and the right forearm could be extended to reach the revolver. The shield has really cool markings of the Police department and insignia. It could also store a nightstick on the underside. There are 2 nightsticks provided one retracted and another extended.

Beside the revolver and nightstick, there's also Ota's favourite choice of weapon, the pump-gun. The brown locking handle of the pump-gun could slid for more realism. Some drawbacks would be the the sights of exposed metal screws especially on the forearm and the changable parts are unpainted and the tone of whiteness differ.
at April 14, 2014

nice pictures, had fond memories of Patlabor back in the day. The cloth looks like felt material, very unusual on a PVC toy. It almost looks organic, half hare half robot based on the head scuplt and cloth.

>> burntrolls
I grew up watching Patlabor and had good laughs over the tv version. I made CMS part of my collection for its variety but I appreciated the bigger scale of bandai model kit and Yamato ones...

The leg armour compartment for storing a gun is very cool :)

Yeah! It has become a must have feature for any Ingram these days..