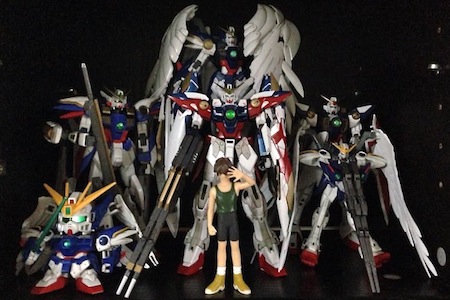 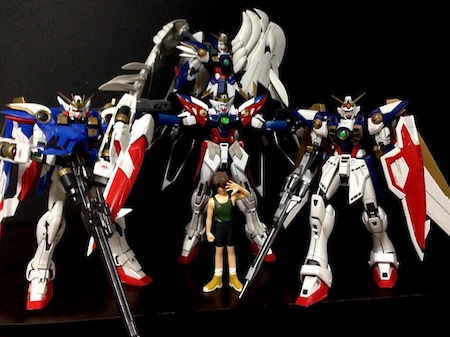 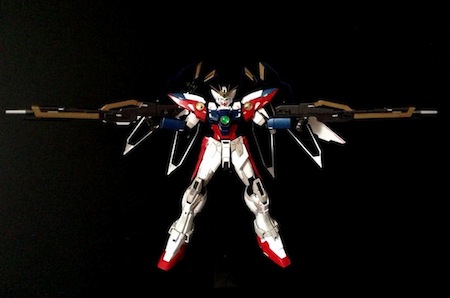 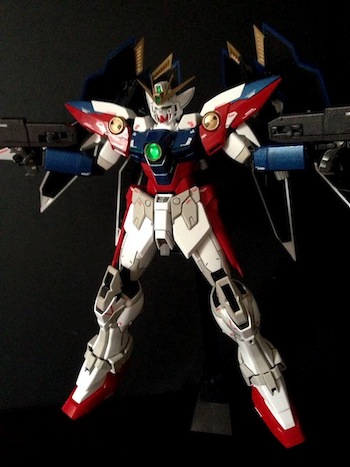 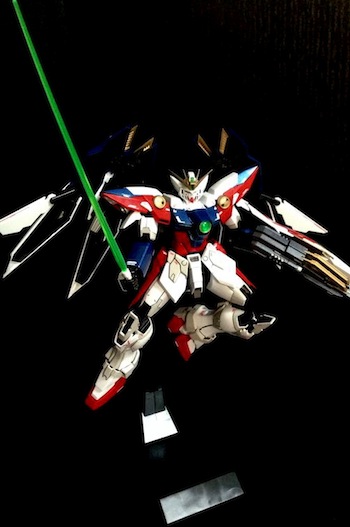 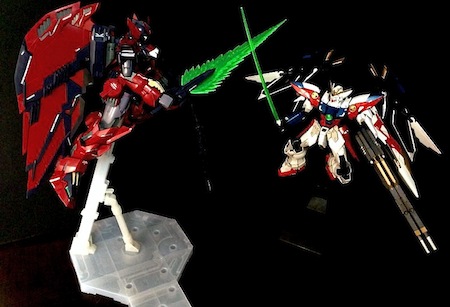 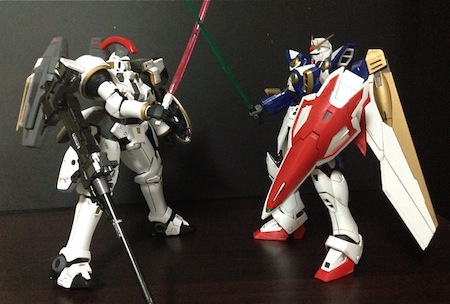 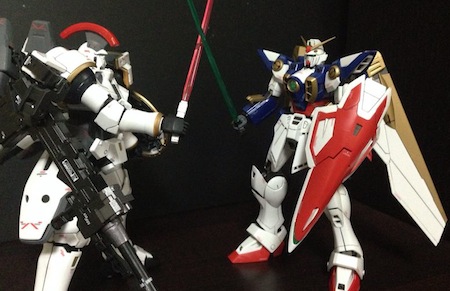 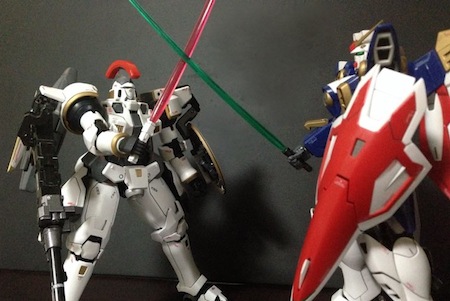 It's without doubt that Wei Xian's favourite Gundam series is Mobile Suit Gundam Wing 新機動戦記ガンダムW and today he's sharing his collection of Wing Gundam and his latest finished Gunpla, the MG 1/100 Wing Gundam Proto Zero EW. Wei Xian is most recognised for his Gundam marker skills among our chit chat club but his latest project involved more masking and spraying for his devotion to Heero's mecha. Katoki Hajime really bring back the glory these days of Gundam Wing with the illustration of Wing Gundam Proto Zero EW.

The MG released comes with additional detail and proportion have been redesigned to Endless Waltz version. I noticed Wei Xian had created some contrasts with combination of white and grey on the skirts as well as the legs. The yellow parts were also converted to chrome. Thank you Wei Xian for sharing these pics and his collection of other mecha from Gundam Wing series like Gundam Epyon and Tallgeese.
at March 10, 2014

Bro, the wing Gundam is nice especially its backpack with wings mode :P

It's supposed to be a more realistic design for Endless Waltz compared to Wing Zero Custom and yeah, you can trust Katoki Hajima when it comes to Gundam design Kai version...

He has an impressive collection and even dropped in an SD version of Gundam Wing. The details on the larger ones are quite nice.

He must have picked up the hobby during the era of Gundam Wing. Good to focus on a single character for neat display. The SD do add some cuteness ^_^

i don’t know, but i still prefer the Custom version of the Wing Gundam (a.k.a. XXXG-00W0), featured in Gundam-W Endless Waltz Series, just because of the life-like wings... but i must admit that the color scheme in the Version Ka is striking !!!... =)

I guess I don't enjoy Gundam Wing anime as much as other cos deep down I had denied the fan boyz concept of this anime. Still in terms of mecha design, its the macho-ness of Tallgeese and not Gundam ... Gundam Wing didn't come close... Sorry for being bias... With due respect, Gundam Wing and its variants still look close and I do have a couple of them in toy form.