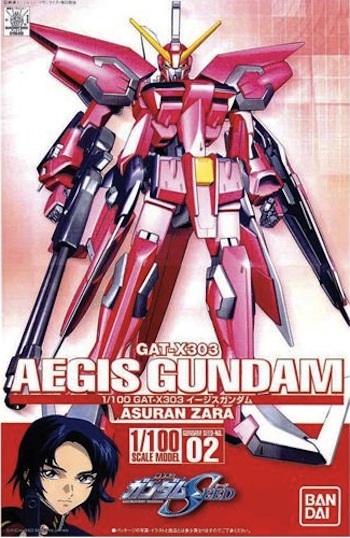 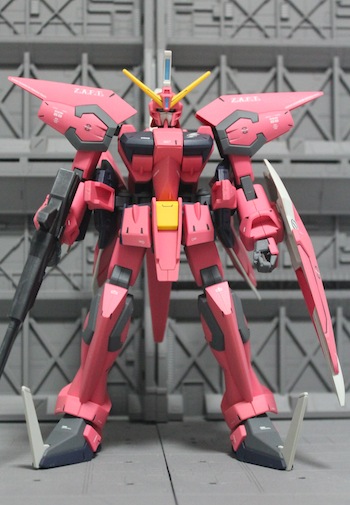 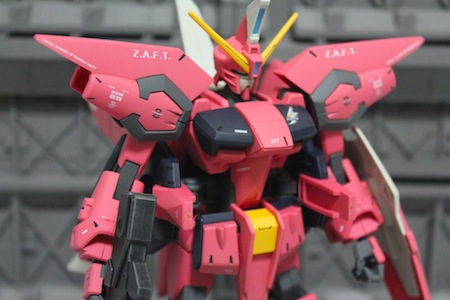 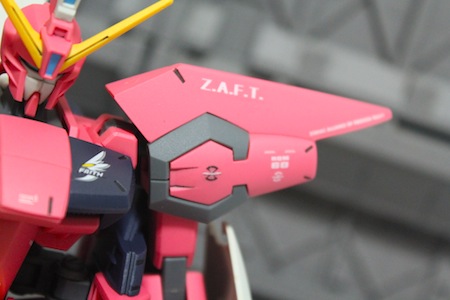 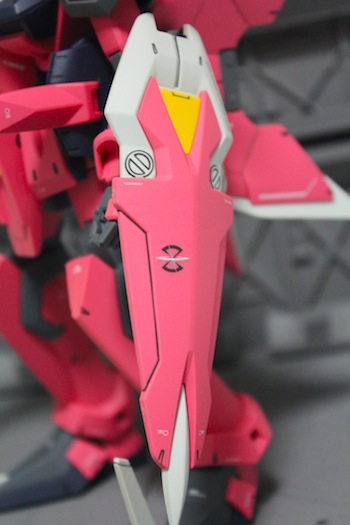 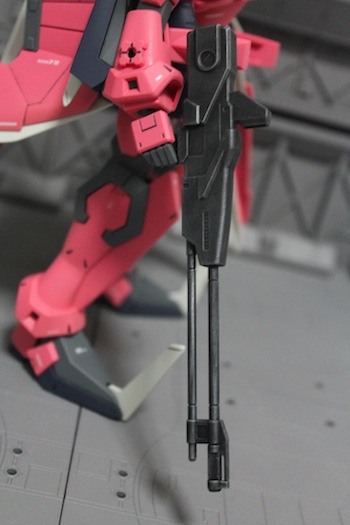 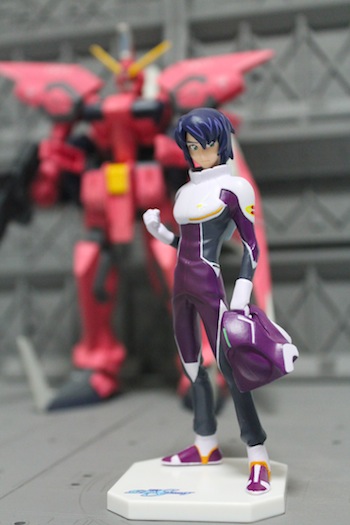 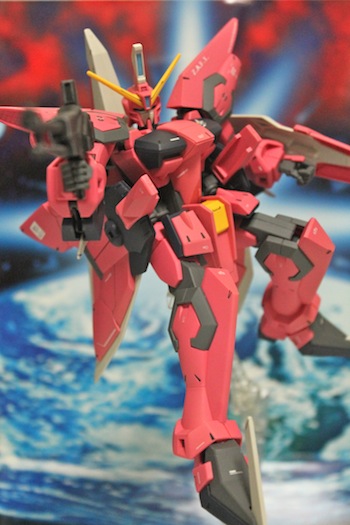 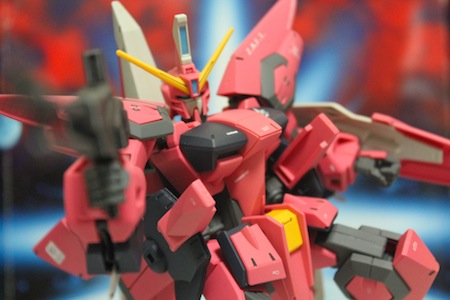 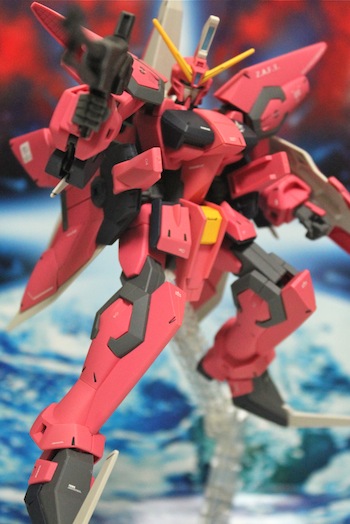 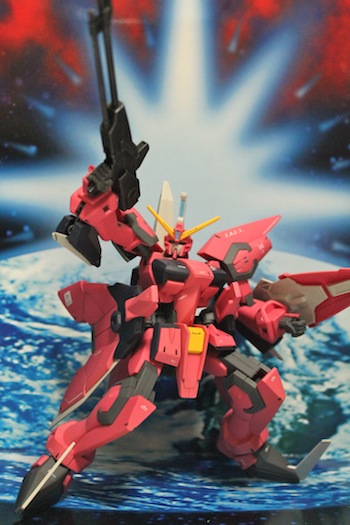 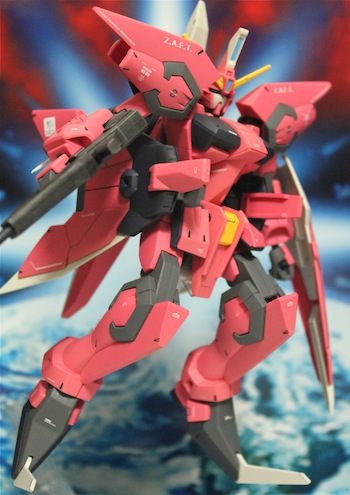 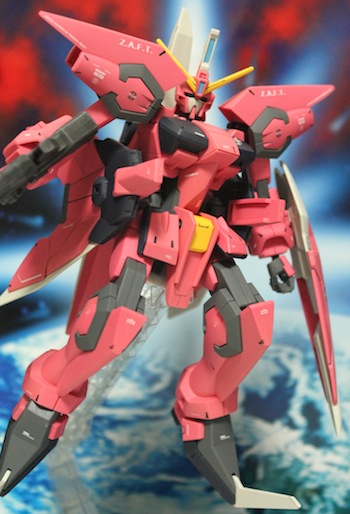 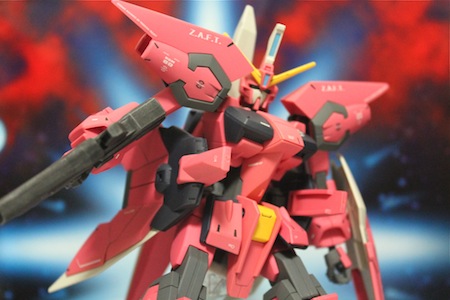 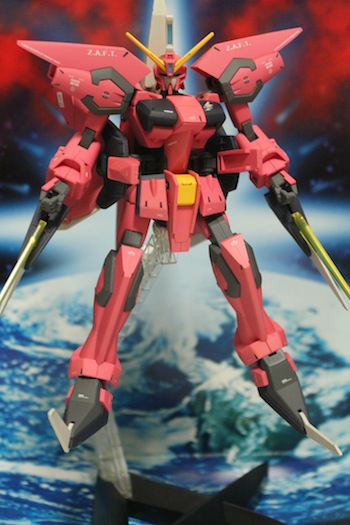 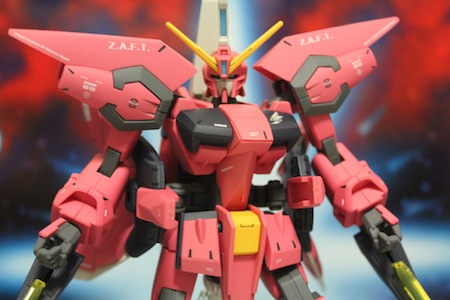 Aegis Gundam GAT-X303 made its appearance as prototype attack use transformable mobile suit in Gundam Seed first season, stolen by ZAFT (Zodiac Alliance of Freedom Treaty) assigned to Ace pilot Athrun Zala (I have included a trading figure of Athrun Zala in my pics). 1/100 HG Aegis Gundam GAT-X303 as released in late February of 2003 when Gundam seed TV series was first aired and to think that Bandai planed to have MG version released a decade late during the commemoration of the anime's 10th anniversary.

Even thought this is an old kit, it has proven itself as a state of an art being able to transform from Mobile Suit mode to Mobile Armor cruise mode, and reconfigured even further to attack mode! The drawback was that the transformation mechanism had made this the gundam looks board that's why the MG was launched to refine it. However a ten years wait sure is a test of patience. As for me, I'm contented with this Gunpla and grateful given to me by otaku friend, Stanley.

Gunpla comes with Aegis Gundam's distinctive 60mm high energy beam rifle, beam saber and shield. In general the kit is made fairly detailed with the imperfection of obvious seam lines. The stickers provided are limited so I had panel-lined and added other decals for more contrast. Perhaps a darker red tone to the plastic would bring the colour closer to the Aegis Gundam in anime.

Not a bad looking gunpla and like how you used the backgrounds. That is something I need to work on or find myself, some decent backgrounds. I always enjoy when the units can transform as it adds some more dimension to the builds.

no doubt, this is a great addition to your collection !!!... i love the color scheme and overall design... although this color is not anime accurate and a bit girly, looks awesome combined with black, gray and the touches of white and yellow, not to mention the trading figure... after all is a great Gundam Seed Series design and something quite different to those you usually publish... congrats, pal !!!... =D

>> bluedrakon
I luv using the Kotobukiya hangar station n the space backdrop from DX Sazabi box. This is Gunpla given to me by Stanley after assemble. I did some touch up thereafter. I will like to thank him for this. The transformation makes it more interesting.

>> chrismandesign
Aegis Gundam is more of the unique and bold side of mecha design. Thx for noticing the trading figure, I happened to see it during my otaku trip at Akihabara. It was not expensive so I bought it. Stanley also give me Justice Gundam as a pair so stay tuned.

It seems like the armour colour in the screen is nicer than the model kit..

Indeed, this one decade old kit has its limitation. I'm contented so won't see myself getting the refined MG version.