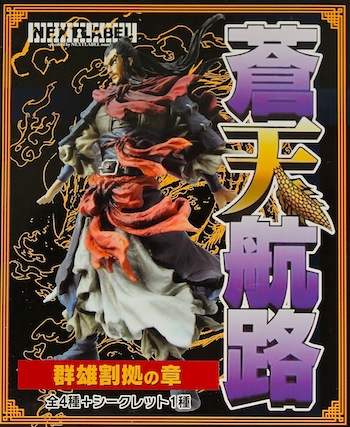 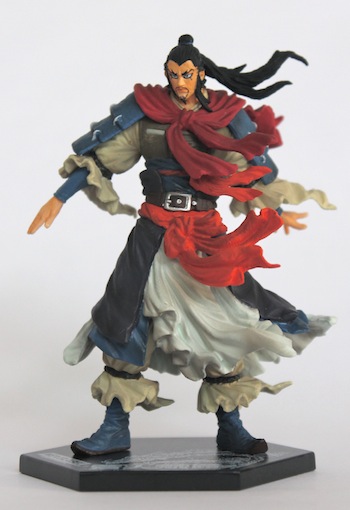 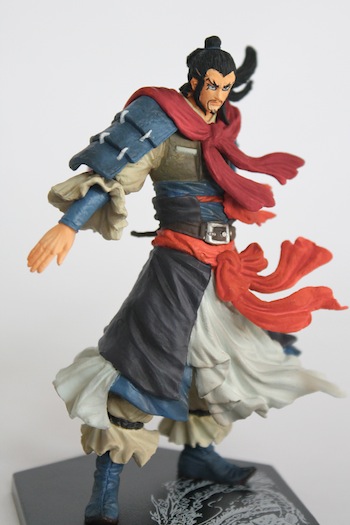 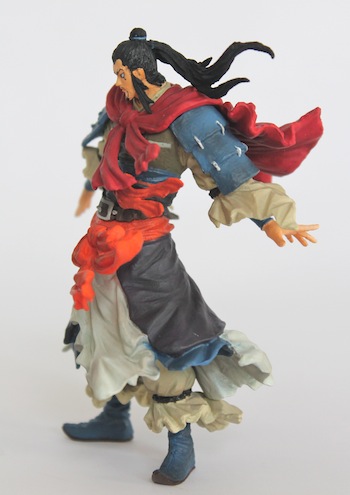 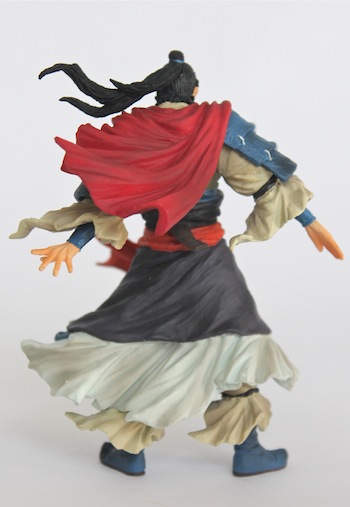 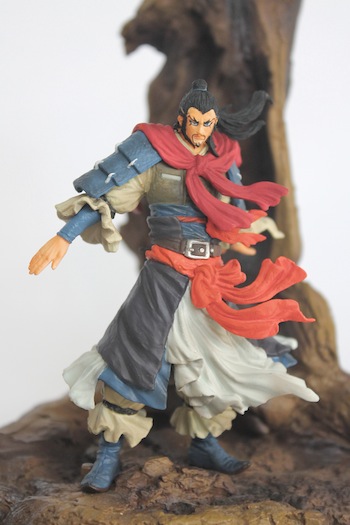 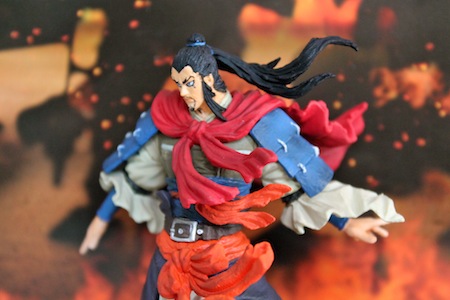 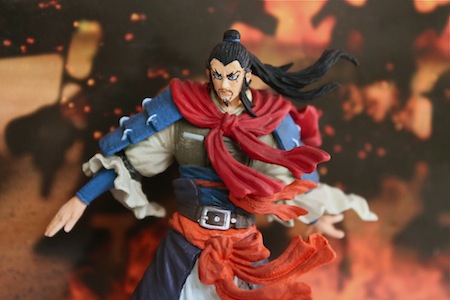 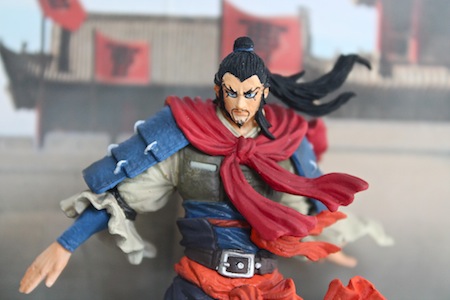 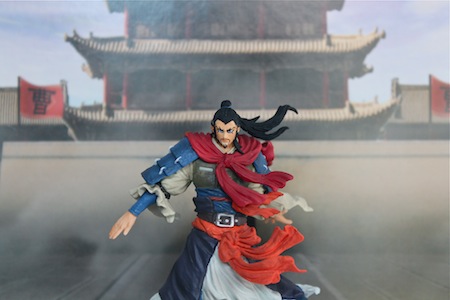 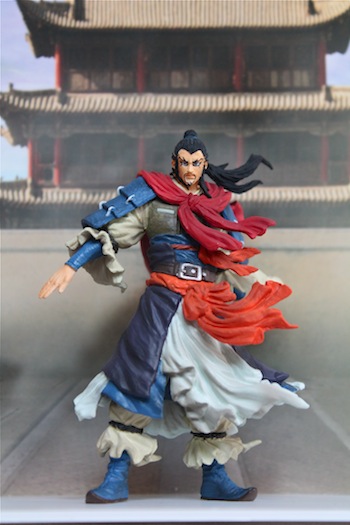 Main protagonist of the manga/anime Souten Kouro aka 'Beyond The Heavens' 蒼天航路. Cao Cao was born to achieve great success as a character evaluator Xu Shao once said Cao Cao would either be a capable minister in peaceful times and an unscrupulous hero in chaotic times. Cao Cao is also famous for his quote 'I'd rather betray the world than let the world betray me'. Cao Cao played a major role during the late Han, the era of 'Romance of Three Kingdoms' as a key general, warlord or ruler in epic battles such as the Alliance against Dong Zhuo, the battle of Guandu and the most epic battle of the red cliff. Cao Cao has the guts and wits of dominating over others.

Union Creative had done a good job for Cao Cao trading figure, released in late August 2010, the first wave of Souten Kouro 'NEXT LABEL' figure series. Figure stand approximately 11cm and come with a well designed hexagon black stand. The figure is well balance and stand on its own even without the stand. It's an illustration of a matured Cao Cao, at a time of Guandu battle. Fine paint job on the figure with the head not messed up. It's nicely posed and the right outfit showing strong winds blowing at Cao Cao.
at February 19, 2014

Bro, where is his sword? Haha..

Which period is this version of Cao Cao? because at the moment his current look in the tranlation is still youthful

compared with the previous figures published, this one looks more majestic and bold... it shows a character more hardened, even warlike, just like i think he should be (because i have no idea about this story or this particular character)... the quality and finishings are outstanding, i love the contrast between the coldness in the suit/armor and the warm accents of the cape and the fabric around his hip... a brilliant figure, no doubt !!! =)

I have really enjoyed the figures they made for this series. They are always well done and showing some sort of motion.

>> deSMOnd
This series of figures didn't come with any weapons : ( Btw the anime has plenty of fist fighting which is pretty uncommon.

>> Yami
I'm only follow the anime and this figure resemble the period when Cao Cao fought Yuan Shao before the anime concluded at the battle Guandu. I would say when Cao Cao was gaining victories and lands.

>> chrismandesign
I presumed Union Creative took effort to make sure this figure doesn't go wrong. After all, Cao Cao is the protagonist in Souten Kouro. Though Cao Cao is not the kind of hero perhaps and main stream had mistook his intention. Casting all aside, the figure itself is a beauty.

>> bluedrakon
Agree on your point my friend. The different figures in this series explained a lot on the characteristic of the characters in the anime, some dumb and others graceful...