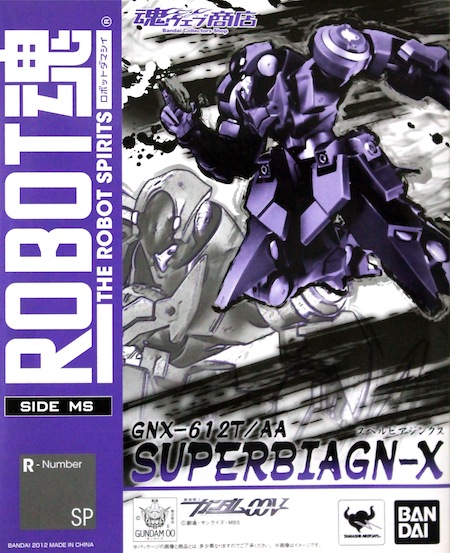 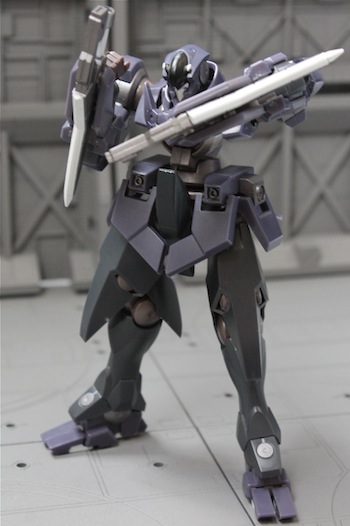 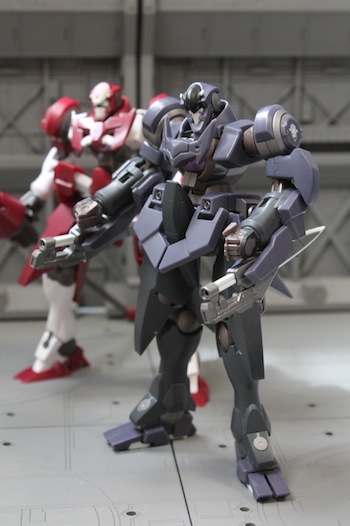 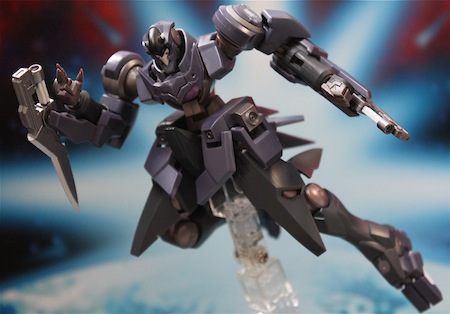 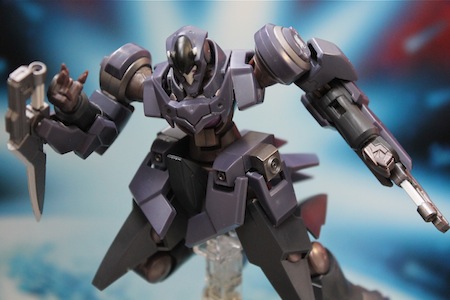 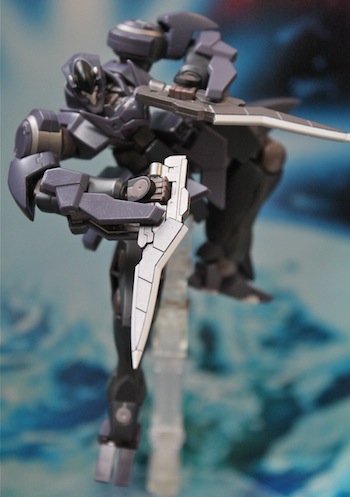 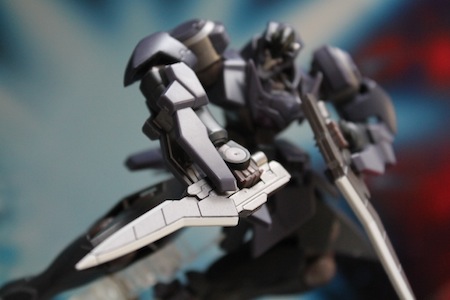 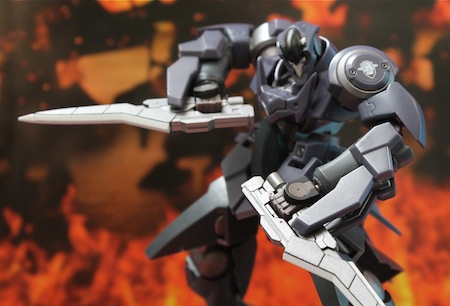 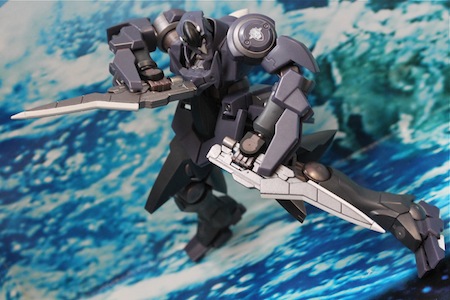 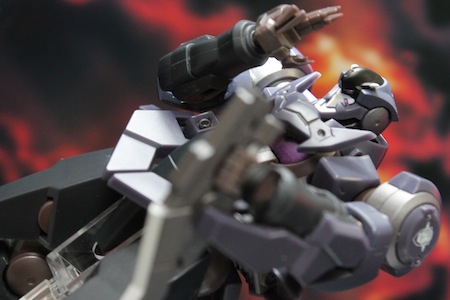 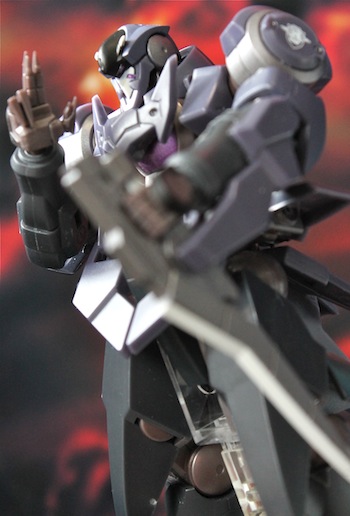 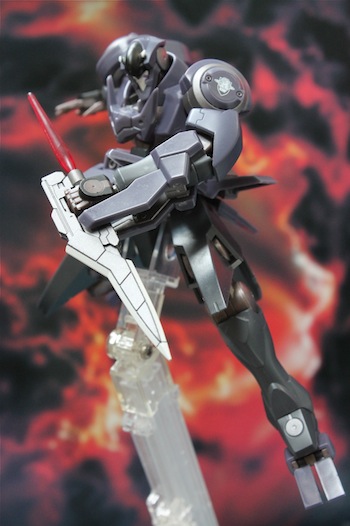 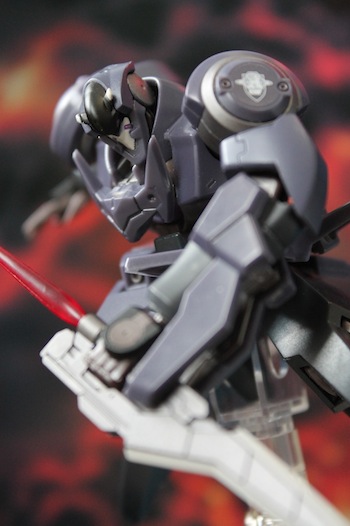 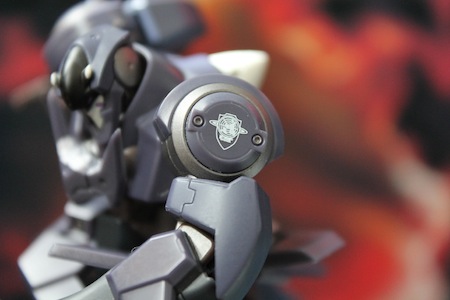 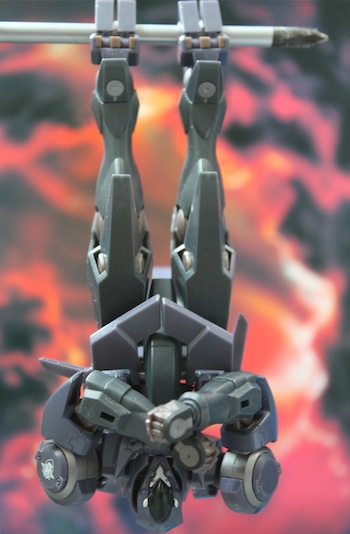 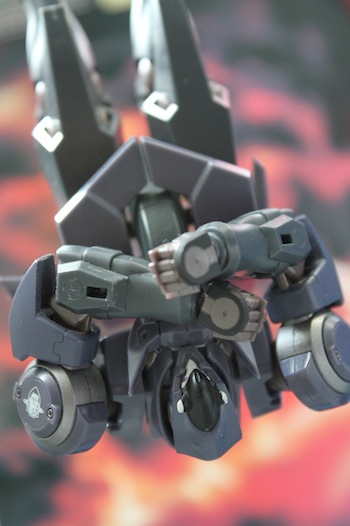 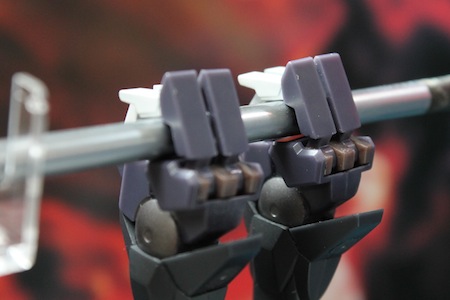 When you fused ninja concept and GN-X together, Superbia is what you will get. In fact, GNX-612T/AA Superbia GN-X (aka Superbia GN-X, Superbia Jinx) is a variant of the GN-X series featured in side story Mobile Suit Gundam 00V, piloted by Hiling Care. This shadowy mobile suit is capable of operating underwater, it could effectively carry out missions such as surprise melee attacks. The assault landing unit necessary for underwater operation was purged upon landing.

Not only that's its ninja looking, Superbia GN-X has claw-like-feet that cling on rod and could hang unside down like a bat. In actual fact, I don't think there are that many structures for Superbia GN-X to hang onto given the size such as a MS.

The figure is a Tamashii Web Shop Limited Robot Damashii released in May 2012, which means orders were taken via Bandai web page and only available to Japan domestic market. Unlike common Robot Damashii packaging, the box of Superbia GN-X was sealed up without window. The cover had the image of Superbia GN-X figure photoshopped and superimposed on its sketches.

Figure is in the scale of 1/144 and made from ABS and PVC. Accessories included removable optional hands and feet. Excellent articulation for multiple poses. The armament on the forearm can be detached with moveable blade that rotates from rear to front and short beam saber can be attached. Not much of addition paint works on the figure however I do like the insignia marking on the left shoulder a lot.

ps: Superbia GN-X - Robot Damashii is courtesy of Stanley. Thank you for providing me the fun time reviewing your toys ^_^
at January 29, 2014

The figure has a small torso with a huge lower body part. Weird proportion!!

The small torso is based on the basic GN-X. Will get more used to it after watching Gundam 00.

Just the back you can hang it like a bat is enough for me to want one. I think that would be so damn cool seeing that hanging with your collection.

The ninja part is cool too, but the hanging is cooler :^)

Yup, the hanging gimmick sure is refreshing! A good way to think bat and ninja as they shadow...