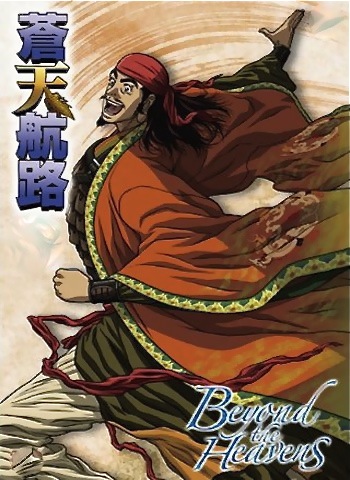 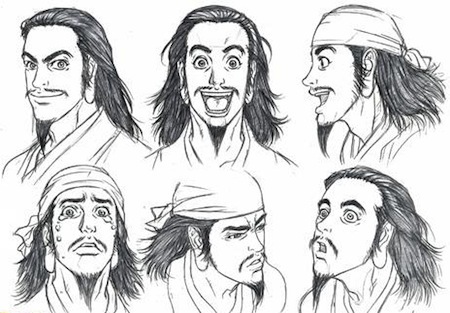 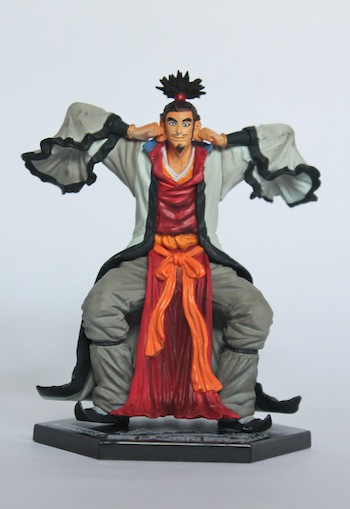 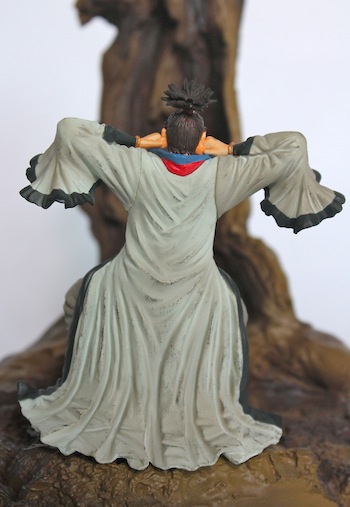 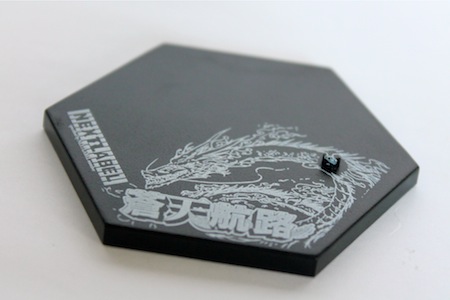 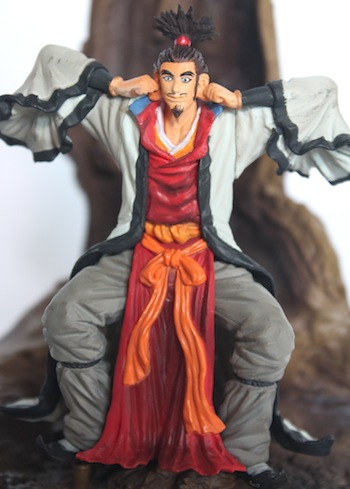 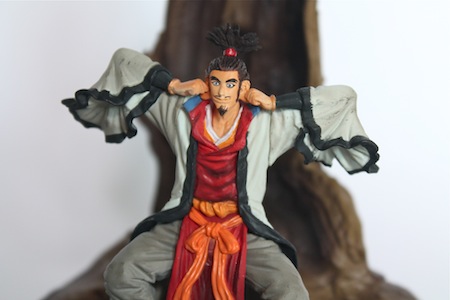 From the manga and anime Souten Kouro aka 'Beyond The Heavens' 蒼天航路, here's an illustration of Liu Bei by manga artist 'King Gonta'. Since Cao Cao was been made the protagonist in this anime, Liu Bei played a less heroic character been portrayed as a happy-go-lucky kind of peasant opportunist who acted dumb and silly in escaping tight situations.

This Liu Bei trading figure is from the first wave of Souten Kouro 'NEXT LABEL' figure series  released by Union Creative in late August 2010. Figure stand approximately 11cm and come with a well designed hexagon black stand. The figure is well balance and stand on its own even without the stand.

Even in figure Liu Bei had been mocked in this foolish pose in half squat pulling his long earlobes. Anyway, those black spots or patches you see on the figure ain't stain by painted as weathering effect like creating contours. I would say the figure is well painted with much facial definitions.
at January 04, 2014

Wow Dennis you always have such rare figures. If you have not post this, I didn't know there was such toys in the series. Thanks for sharing bro!

so the BB-Gundams have a counterpart in human characters with their own anime/manga series ???... i thought it was a matter of mechas only LOL... it seems there is a whole universe of characters in the trading figures’ market and if you dig enough, you can find some rarities !!!... this guy looks quite irreverent and funny, also the figure is plenty of nice details !!!... =)

>> Leon
I guess figures of ROTK are more niche and least sellers had brought it over to SG. I got mine online from AmiAmi.

>> chrismandesign
BB Sangokuden was a big push to ROTK purchases. Having a few more figures from Sangokushi anime are like icing on cupcakes.

That guy seriously look funny in that pose. Not sure why they did that pose, but seems to fit his style :^)

>> bluedrakon
The animer of 'Beyond the Heaven' sure have a fool of Liu Bei. It's my time seeing Liu Bei aka Ryobi such a lunatic. Ha! Ha!