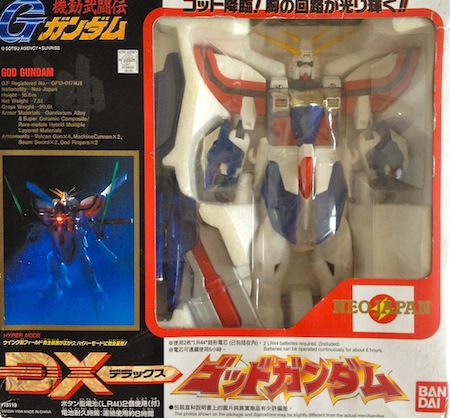 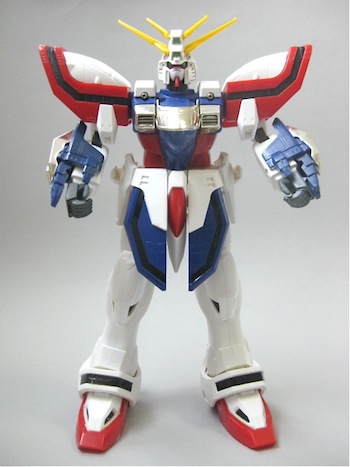 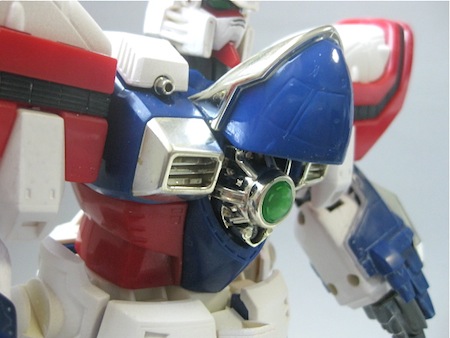 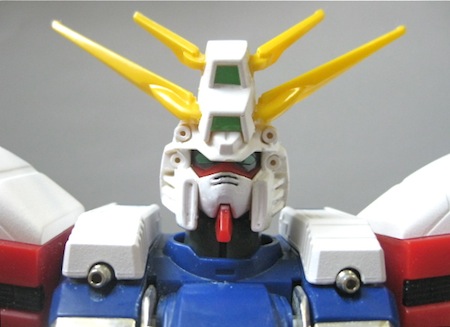 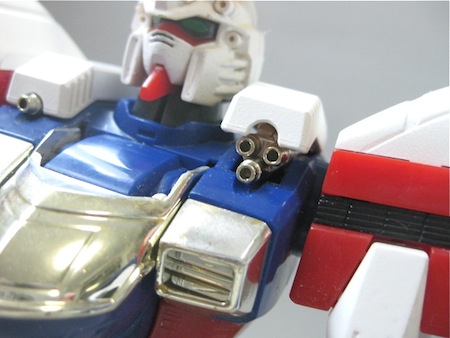 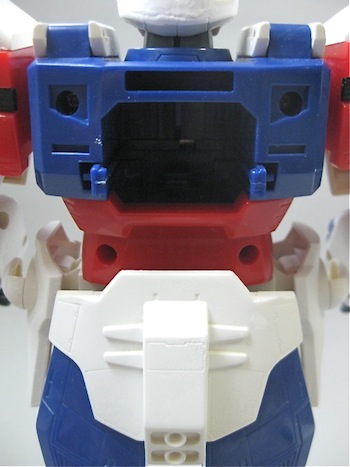 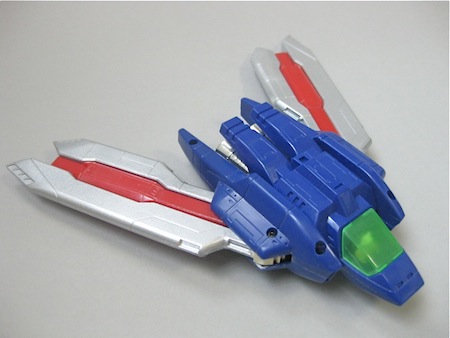 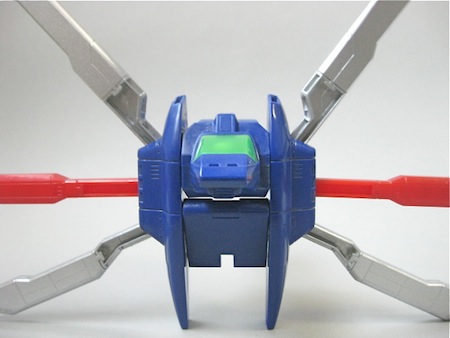 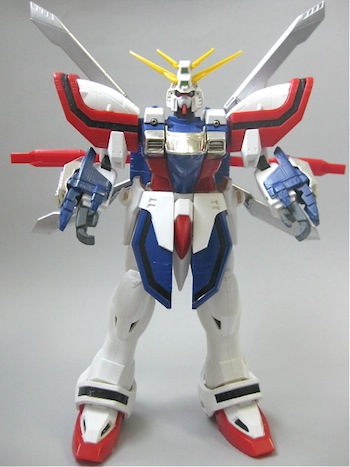 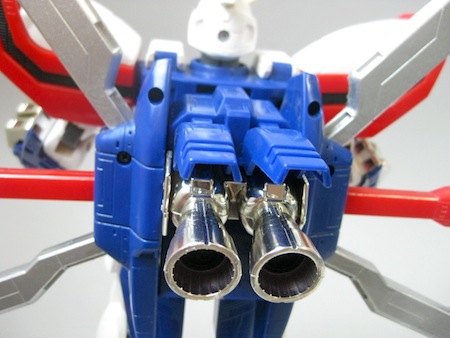 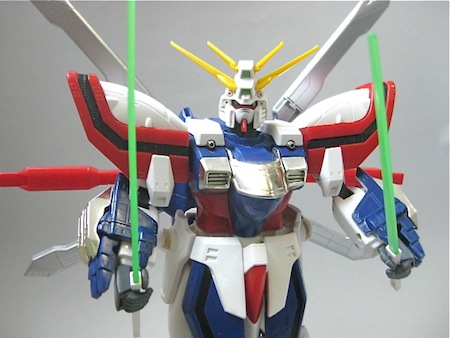 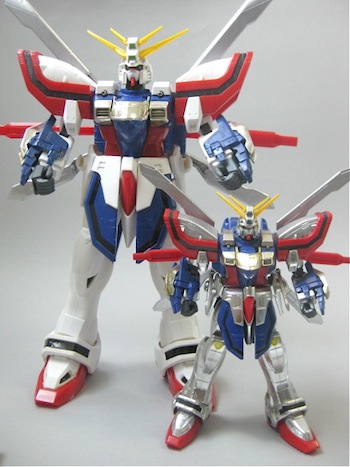 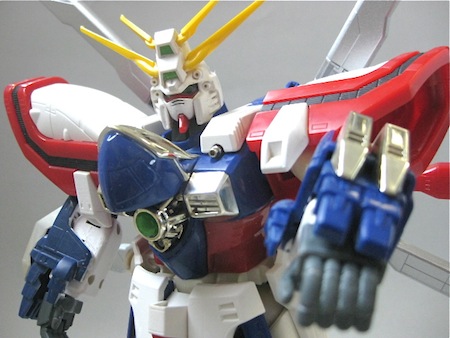 Representative Gundam of Neo Japan at the final stage of Gundam Tournament in replaced of the badly damaged Shining Gundam. I bought this DX God Gundam to go with my Mega Sized Shining Gundam but they are under the good care of collector friend, Arvinangeles. I had to gave up due to storage limitation at my home. DX God Gundam was released at an earlier time before the Mega Sized, back in 1996. I would estimate its scale to be 1/60 as it stood sturdily around 12". Some restoration like re-sparying the toy to white and painting the wings on the core fighter silver had been done because of yellowing.

The chest area can be lifted up to see the core and the core actually light-up when battery had been place. The covers on the shoulders can be lifted up to reveal the vulcans. The core fighter is removable or with the pilot cockpit attached to the back of God Gundam. In addition, the wings of the core fighters can rotate and flip-up thrusters. The chrome parts of the forearms can be adjusted as well for 'God Finger' action or in English dubbed version 'Erupting Burning Finger'. One final weapon would be the 2 beam saber as accessory to complete the toy.

seriously, this Gundam reflects an era of mecha design... rounded, bulky (a bit too much), to some extent is a transitional design, between the classic Gundams and the latest generations...

the anime series seems far from the other Gundam series, more focused in the fight between mobile suits in a tournament rather than the fight between human colonies... uhmmm, i’m not pretty sure is this would be my kind of plot... =/

Never could get my head wrapped around G-Gundam series, but it did have some of the wackiest mecha designs ever for this series.

I love the fact this figure lights up and the core fighter comes out.

>> chrismandesign
Yeah, it's an old old toy. Must not think G Gundam as the typical Gundam series and would watch it as 'Street Fighters'. Lol

>> bluedrakon
G Gundam is under the Guinness Book of Record for the most number of Gundam ever appeared in a single anime. Lol

The chest part and the shoulder armor reminds me of Wing Gundam.

I only seen it once on one of the gundam evolve's episodes, i think the storyline is different with the usual gundam series.