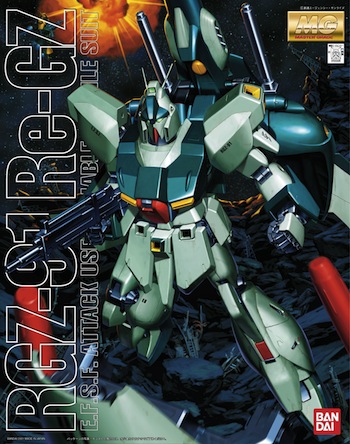 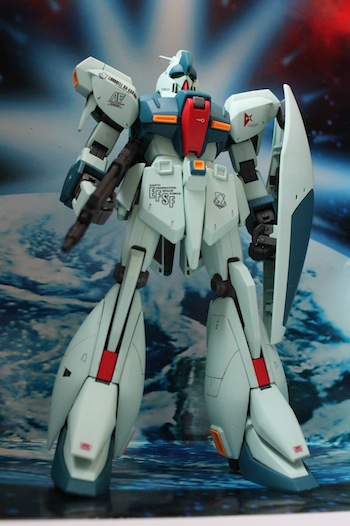 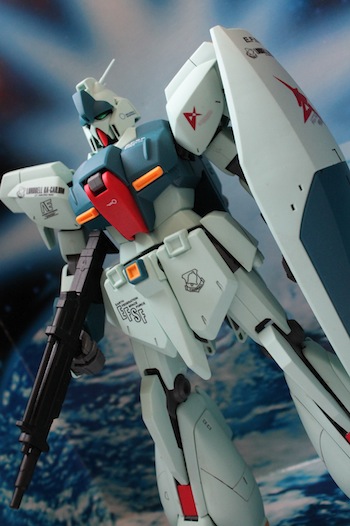 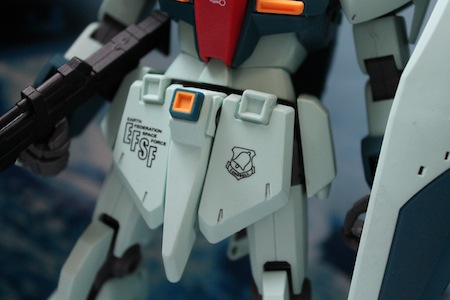 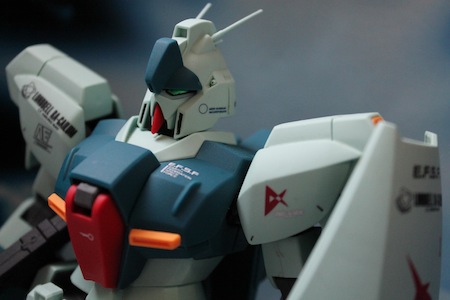 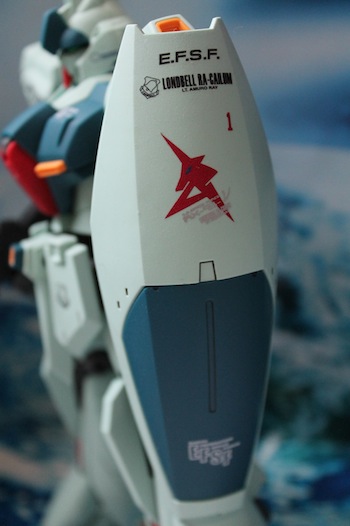 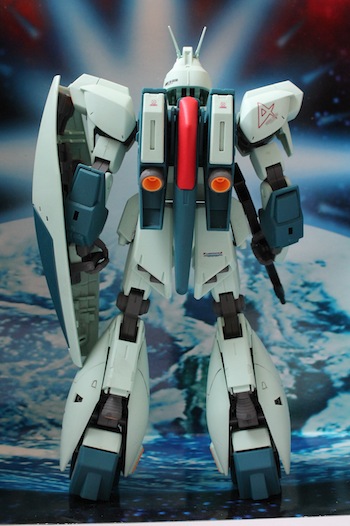 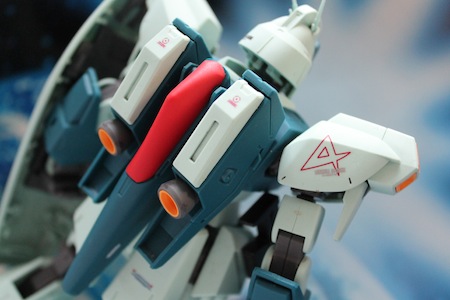 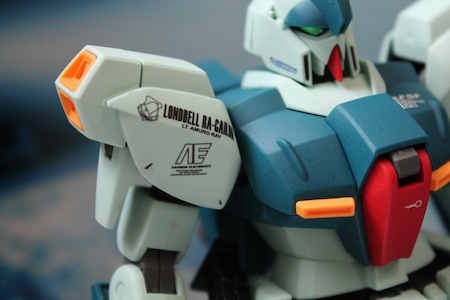 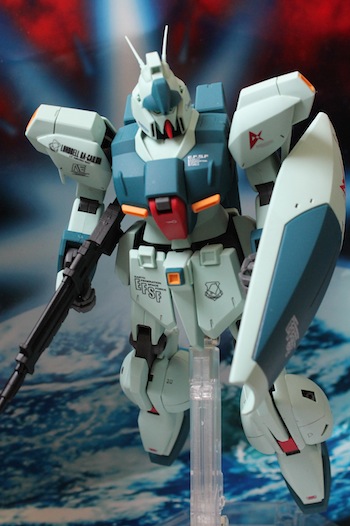 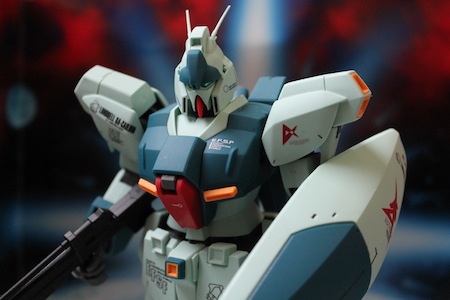 RGZ-91 Re-GZ better known as Refined Gundam Zeta is a prototype transformable mobile, assigned to the Londo Bell task force, used by the legendary Ace pilot, Amuro Ray featured in the OVA 'Char's Counterattack'. In my opinion, Re-GZ is not really that transformable since it practically launched with Back Weapon System (BWS) in flight mode and BWS was later discarded after it transformed to MS mode. Though once used by Amuro, Re-GZ ain't consider a strong gundam as he had to eventually replaced it with Nu-Gundam in order to match Sazabi. Regardless, the strength of Re-GZ, its distinctive mecha design and colour scheme caught my attention and it's definitely one of my fond B-grade gundams.

Apologies to my incomplete review as I didn't cover the flight mode as well as BWS. Guess I like my kit in robot form and biases against flight mode in most kit and feared that the transformation would scratch the paint. I basically just did what I usually do on this MG kit (panel lining, decal and top coat). Instead of using the stickers provided, I had used third party water slide decals for more Londo Bell and Amuro's insignia.

the mecha design and color scheme is awesome, given that the OVA is relatively old... i can see your painting skills have been developed quite a bit and the custom decals are sharp, they look much better than the standard stickers !!!... =)

Indeed a mecha that truly deserved to be part of MG line. Lol... My Gunpla skills has little growth compared to my peers. I guess I kind to reach my limit... I do like gunpla-ing casually and enjoying the process.

You really added that extra punch to this figure using the third party transfers.
I can see the Gundam stuck in flight mode with that BWS and limiting his ability to transform.

Yeah! I luv using extra decals ^_^ ... I guess BWS is one of the contributing factors that Re-GZ remained as prototype and that Anaheim didn't recommend the MS to go mass produce.

That flat finish is just perfect, i liked Re-Gz as MS but never to fond of the color scheme. If i ever get a MG of it probably i will paint it in Zsta C1 or Amuro's custom zeta color scheme.

Is this the predecessor of ReZel? Your work is so neat & clean. I can only snapfit & add some decals (dry decals and sticker mostly ..lol) Still need to learn how to use topcoat ^_^

>> Yami
Now, you reminded me to review my Zeta Plus C1 Amuro Ray version... Most MG kit itself are amazing and simple top coat is good enough.

>> Om3ga062012
In a way yes. One of the predecessors. Thank you for kind comment. Your kits are really well built too and you spend lotz effort on and nicely posed.