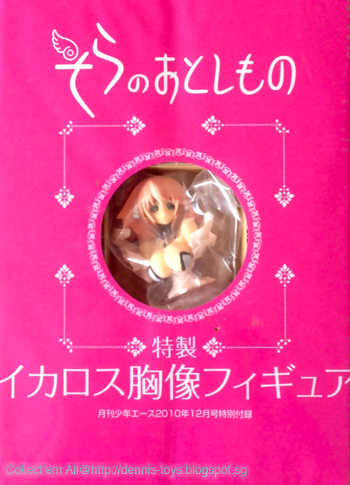 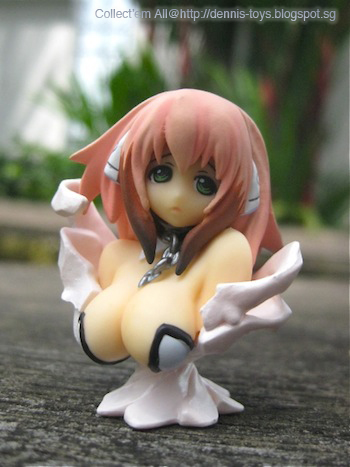 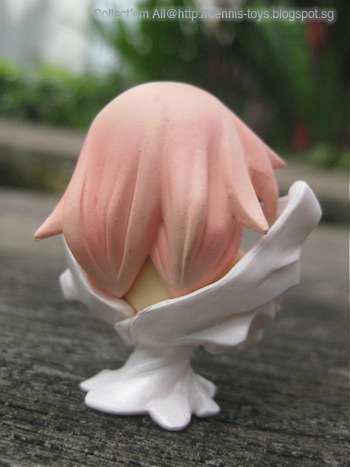 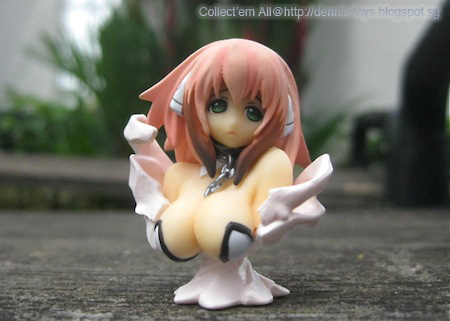 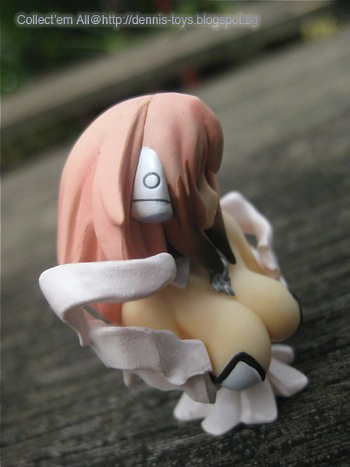 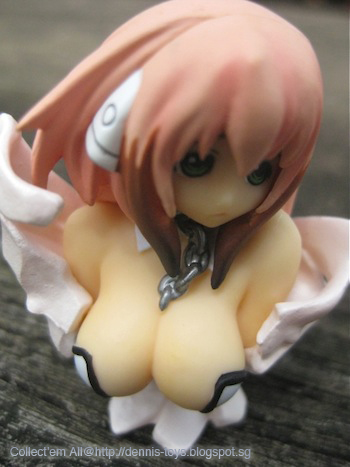 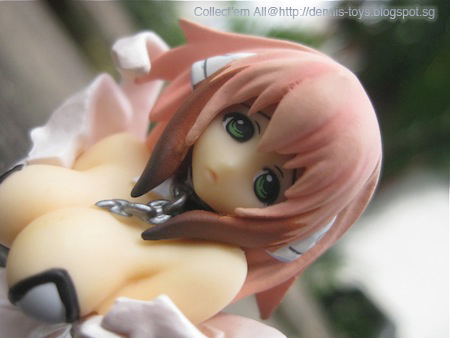 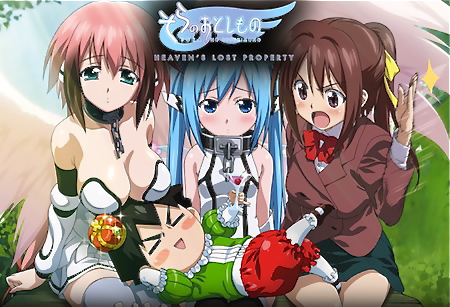 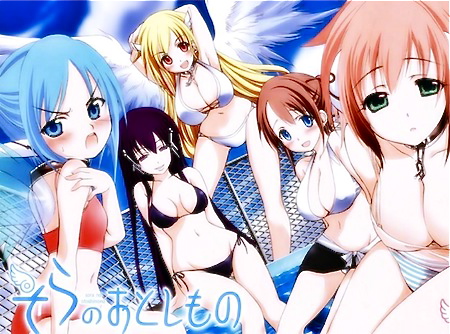 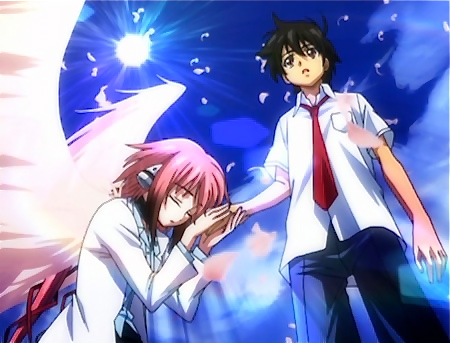 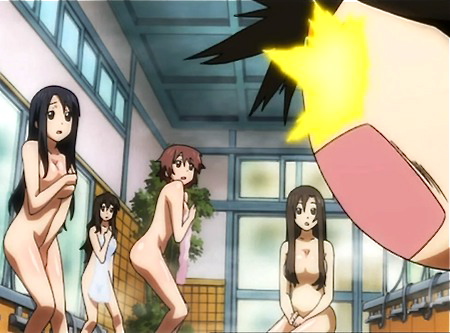 Whenever I enjoyed having watched an anime or played a particular game, there's always a tendency for me to get something tangible related to the source of entertainment and I guess most otakus would have soft-spot for this highly oppai mini bust of Ikaros from 'Sora No Otoshimono' aka 'Heaven's Lost Property'. Ikaros was introduced as a busty Pet-Class Angeloid type Alpha "Pet-Class Angeloid, Type Alpha" who became bonded to Tomoki after he had rescued her from her fall from the sky at the beginning of the story. The bond was symbolized by the mostly invisible chain that leads from her collar to Tomoki's hand. She displays a very submissive, melancholic and subservient personality as shown on the sad expression of this bust.

It's supposedly a not-for-sale item that came as a furoku (goodie appendix) tied with December 2010 issue of Shonen Ace magazine about manga. This PVC mini bust of Ikaros was manufactured by Kaiyodo and measured approximately 4.5 cm in height and came in a cardboard box package with  hawaii pinko plastic sleeve. One of the very first Sora No Otoshimono merchandise closed to trading figure before any doyasha related to the anime was released.
at January 18, 2013

The recent posts led me to think I had logged onto Sankakucomplex. Haha. That aside, recall you telling me about this anime and it certainly seems interesting. Looking forward to your coverage on ur trip to Otaku-Land. Take more pictures!

her facial expression looks very tired all the time..

It's intended for a gloomy look in consideration of how Ikaros' personality was programmed. For a furoku, Kaiyodo had did a good job from sculpt to painting I guess.

that is a good expression for her and the Bust of the bust is stunning. Me want one too now!

I like the effect of how the stand was sculpt and man! The Bust on the bust sure drawn lotz of attention! Guess I won't be getting any of the 1/6, 1/7 or 1/8 doyasha model figurine to save my penny and space.

this minibust is very cute and the Kaiyodo’s QC is very noticeable... careful and detailed paint job complemented by a great sculpt !!!... so this is a promo-item ??? i got some promo-items by Kaiyodo too (already published) but is not so usual to see these brands working on this kind of stuff, which make them more desirable... =OOOOO

Indeed, the quality of this mini bust is good and in line with the reputation of Kaiyodo. The mini bust is like free gift from the magazine. An item to attract manga reader of this title which I supposed its popular lead to the anime production.

for it looks so cute :) Please visit my blog stuffed toys

Thank you for visiting! Will do so too...