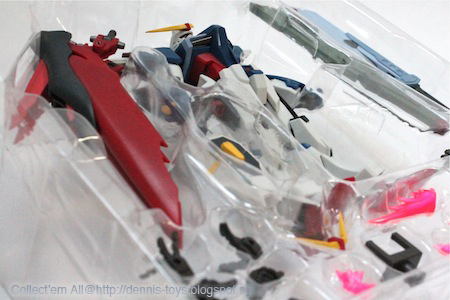 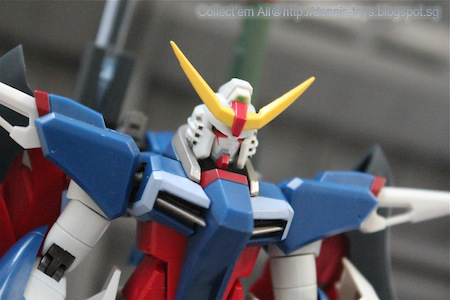 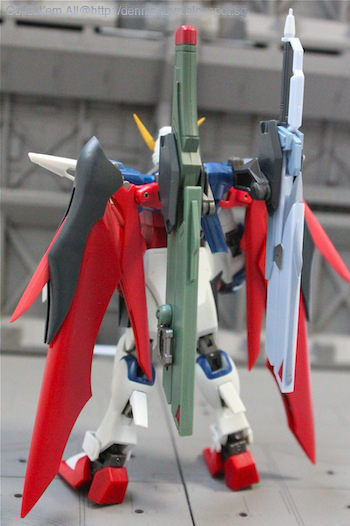 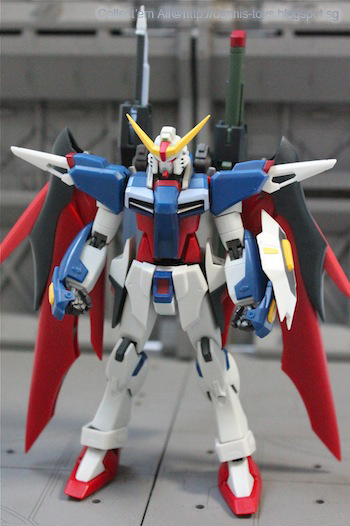 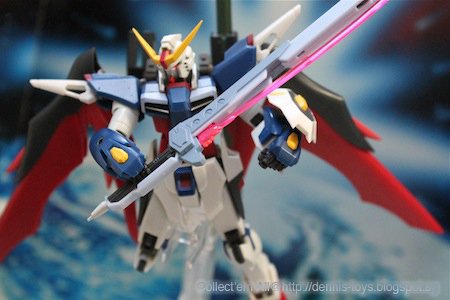 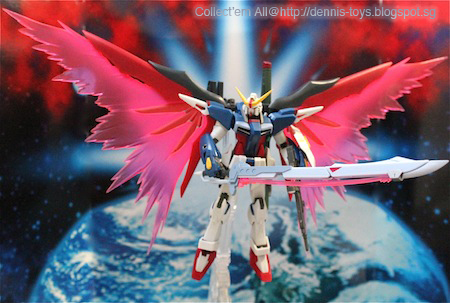 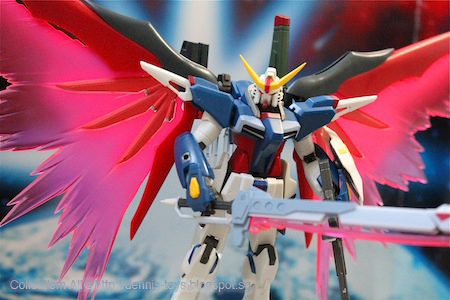 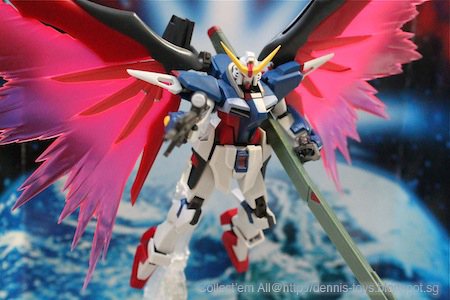 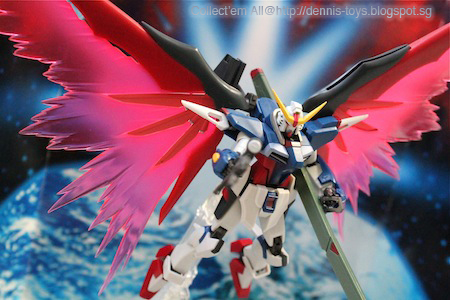 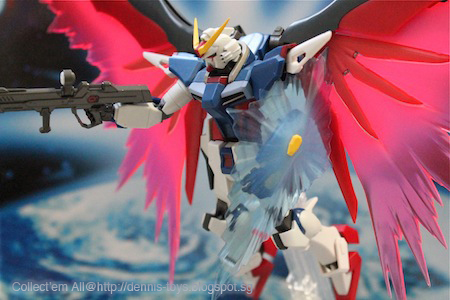 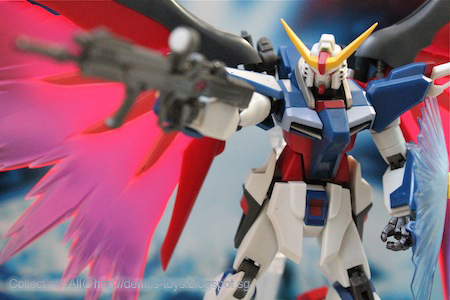 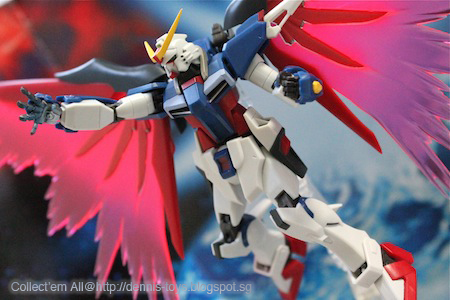 Stanley likes stuffs that go well under UV lightings and this Robot Damashii Destiny Gundam with effect parts, goes without saying is part of his collection. The second and upgraded Gundam piloted by Shinn Asuka in 'Mobile Suit Gundam Seed Destiny', ZGMF-X42S Destiny Gundam appeared to be me like an all-in-one, more sinister looking Gundam with the combination of weapons used by Impulse Gundam from melee to long range armament. A drastic improvement to this Gundam used in the later stage of the anime would be the variable phase-shift armour and Hyper-Deuterion Nuclear Reactor which produced the cosmic effect called the 'Wings of Light'. All these fanciful idea provided a lot of gimmicks to Robot Damashii action figure.

Robot Damashii Destiny Gundam comes with a great deal of accessories like beam shield, beam rifle, beam launcher, beam sword, effect parts that attach to the wings, extra hands and even a stand. It highly articulated. However, in my opinion, I find the entire weight of accessories fully loaded, often threw the figure off balance and changing the weapons frequently caused other accessories to fall off. The effect parts like 'Wings of Light' would pull the thrusters downwards and I personally experienced difficulty posing the toy. Robot Damashii Destiny Gundam (125mm) somehow feels bigger/ taller than Robot Damashii I had handed previously. Maybe it's the long beam launcher, beam sword and 'Wings of Light', which took up more space on display.
at January 26, 2013

i’ve considered the Destiny Gundam as one of the best looking in all the series available... despite the "rubbery" finish of this figure, it looks very nice with full accesories and the Wings of Light are impressive for display... i have a NG kit of this Gundam and i think i will enjoy painting and assembling it... =)

On the contrary, Destiny Gundam is far from my favourite Gundam in Seed universe. Well, maybe I'm biased becos I never like Shinn as the main character and I think that's the reason why Kira returned as the hero again to save the day in Seed Destiny. I think I would prefer the NG kit of this Gundam for the 1/100 scale. However for articulation, Robot Damashii has it in the package.

I would have to agree that for the 'Wings of Light', this would be a great addition to a collection.

Nice use of the background o the last series of photos. Really adds a little extra to the photos!

Must agreed that the 'Wing of Light' makes a great accessories. Guess the attempt on using this backdrop works and gave a more anime feel. Should do it more often. Hee! Hee! Thanx for the comment pal...

I always like gundam with a lot of armaments, the accessories is quite complete, even a stand is included. Great review using space image as a background.

Thx bro! Apart from the weight issue, I think this action figure is quite complete. I'm one who would set for more simple MS, so for RD, I more into Strike Dagger. Hee! Hee!

Seems like Gundam with wings has became one of Bandai's selling point. Lolz...