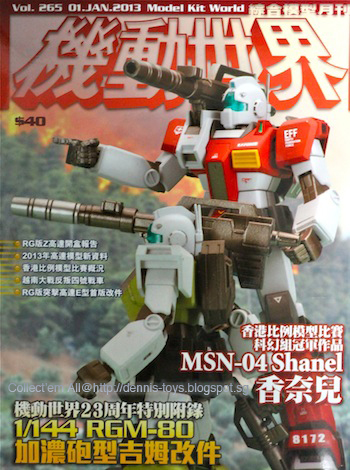 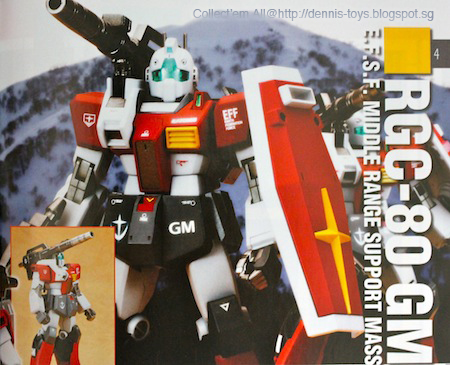 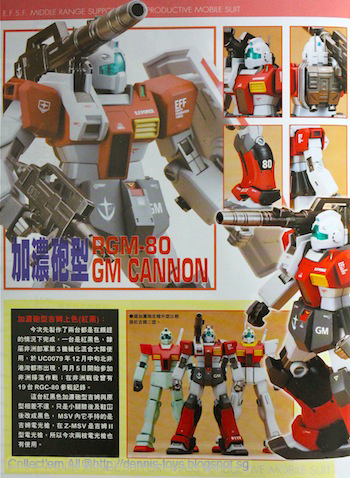 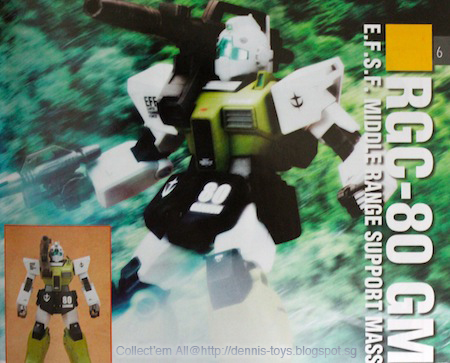 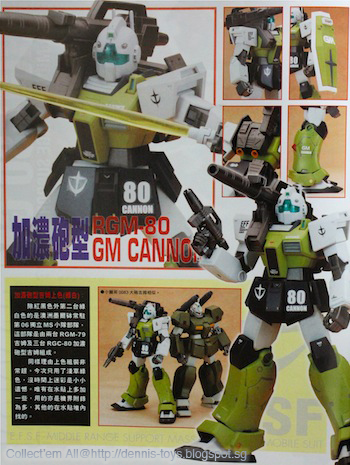 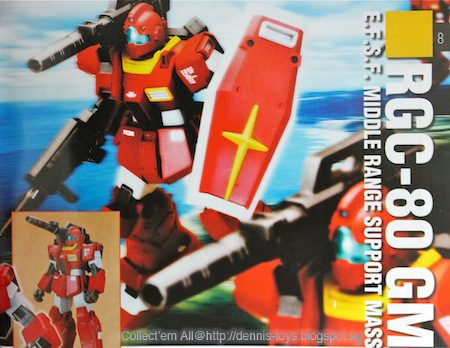 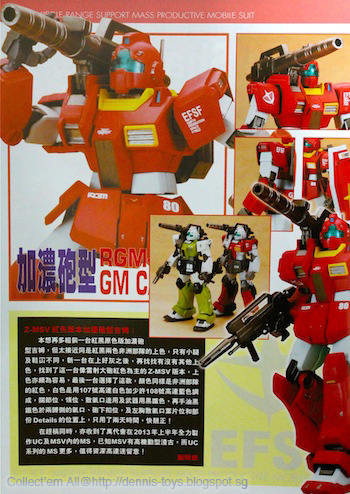 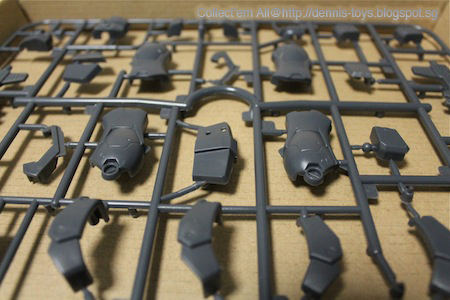 Here's a heads-up for GM fans with news of 1/144 GM II Cannon Conversion Kit as 'Appendix' with Hong Kong very owned 'Model Kit World' magazine. It's priced as HK $40 so the commercial pricing after shipping and agent fees should ranged around 10 USD. I had taken some pics of the magazine on the finished product of 1/144 RGM-80 GM II Cannon, in different colour scheme, by professional modelers. You need a HG GM II as an inner frame to complete the model.

I would say the magazine is rather thin with marginally acceptable printing quality and it's mainly paying for the 1/144 RGM-80 GM II Cannon plastic conversion kit. In my opinion, it's still reasonably priced for an alternative and as especially if you are desperately wanting to build your own 1/144 RGM-80 GM II Cannon, now that it's cloudy on the certainty about 'Big B' producing the official version. I didn't have it for myself cos I'm more into 1/100 scale but had bought it for my friends.
at January 22, 2013

WOW! Do seriously want to grab me 2 of these. Been looking on the web and having no luck at all. Any idea where i could get myself some!

Im a big Zaku and GM fan so a GM Cannon would be a great addition to the collection.

You can try getting from

They ship internationally. Can pm me if there is a prob. Even in Singapore, I only know this one and only bookstore in town selling. Thanx to the intel from a fellow of my chit group.

certainly a rarity !!! they do know how to please the GM fans with this specific stuff... the quality seems to be more than decent and a pro-modeler would enhance the final appearance of this conversion kit easily... i’m not a GM fan but i do appreciate the value of this kind of items... =)

Yup! Think its cool that someone came out with this rather that having to pay a hell lotz of money for B-Club resin. My friend Kenny is soon working on this conversion and I'm eager to see this new addition in his collection.

This is one that doesn't get much play, but is a cool one never the less. I guess I would be the same way, book okay, but kit is what I would be more interested in.

Actually, I spent less than 10mins browsing the magazine so the main catch is still the conversion kit. The bookstore I went to, sell mainly Hong Kong and Taiwan hobby magazines. Nice to know another place to pick up Gundam magazines.

Bro if this is the case, can save money!!

The HK version of Hobby Japan and Dengeki Hobby magazine is cheaper but lacks printing quality. They are more for information. I will buy the original version when the content interest me for collection value.

Yo Dennis, ordered 2 from the site you provided.

Would never have found out about this unless i saw it from you and i follow alot of gundam blogs, so great heads up!

Got a GM II all ready for building.
Ian

Glad that you managed to grabs yours. Have fun working on it and hope to see your WIP posts soon. Cheers! : )

Thanx for dropping by...

Yoi Got my parts today, plan on doiing a RG version GM Cannon with this.
No time soon but will be built.