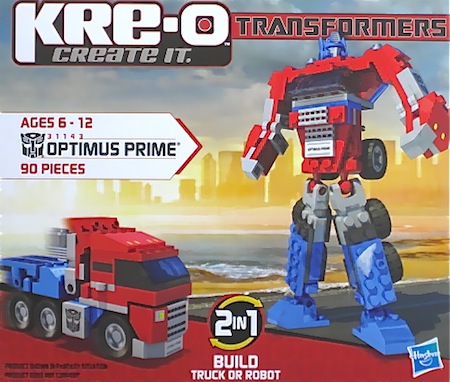 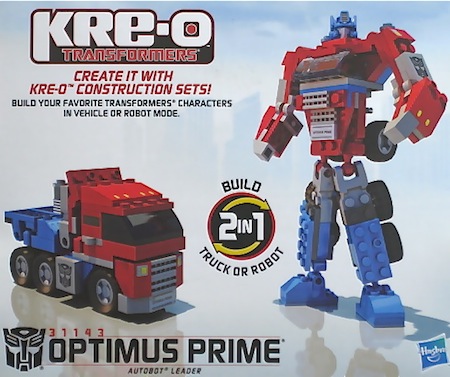 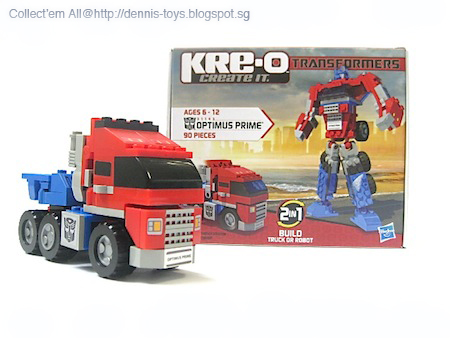 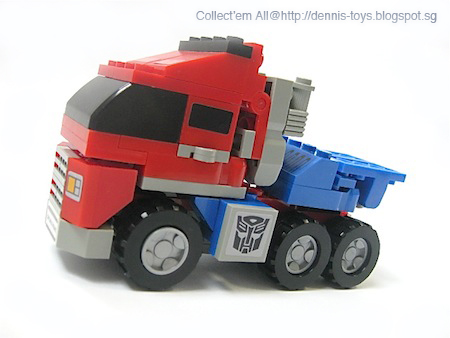 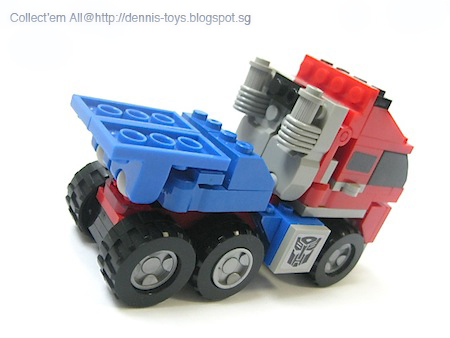 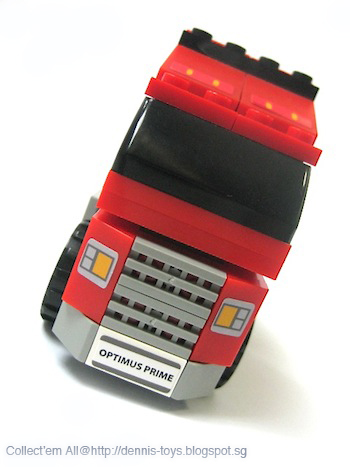 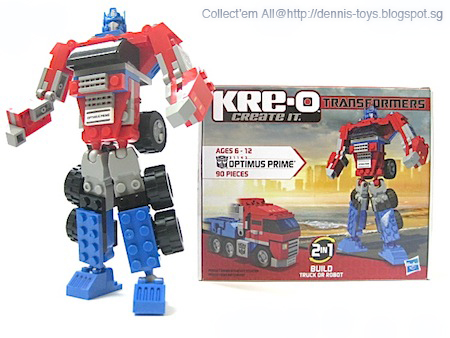 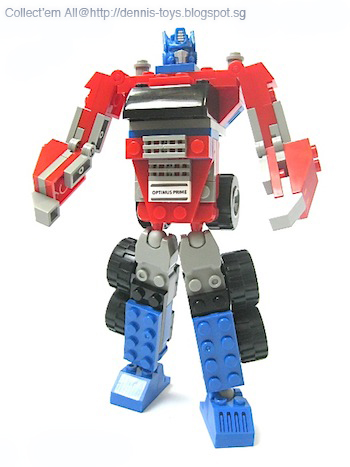 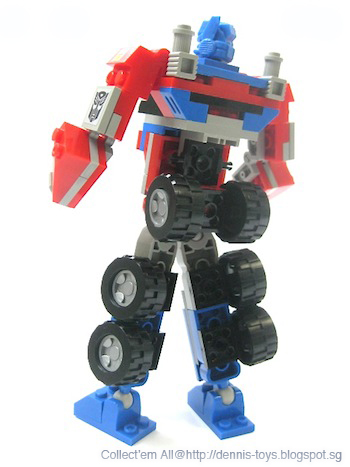 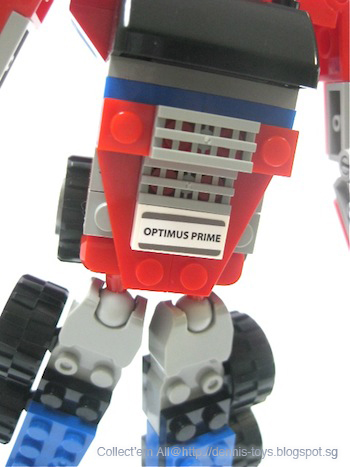 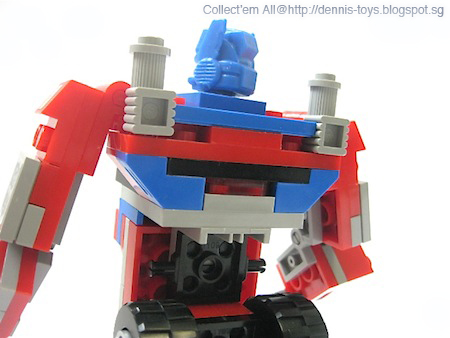 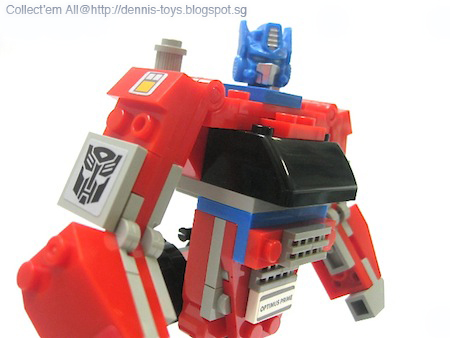 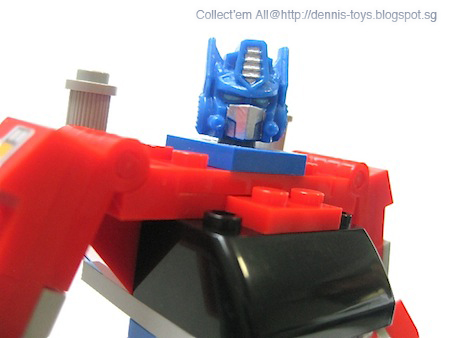 More than meets the eye building bloc that’s comparable to LEGO, introduced as KRE-O by Hasbro in 2011. However in my humble opinion, the quality of plastic is still inferior to LEGO. Then again, for the price of getting KRE-O is a lot more comforting.

This basic Optimus Prime building bloc set belongs to my son and since my son is only 5 years old, I had to do the assembling of 90 pieces bloc because the toy is more suitable for children aged above 6 years old. Can’t bear to see my son carrying the box of toy in his hands hoping that he could play the blocky prime mover.

Like Transformers themselves, the set can be constructed to either prime mover or Optimus Prime G1 looking robot but the major drawback is that the toy can’t transform direct, hence disassemble and reassemble between the two modes makes it less fun.
at November 28, 2012

Yes bro! The Optimus Prime that's familiar to all of us since childhood. G1 Optimis Prime head.

bro, are you getting the rest of the autobot members?

My son also has Mirage (free from the convention) and Jazz. Will try to cover the rest as well at later date bro.

I almost bought into these Kreo sets, but I resisted since I didn't want yet another thing to collect. Although I did get their minifigs blindpacks, THOSE are sweet. I see some combiner sets coming out soon too...omg I need them ALL LOL!

It's seems that this line of toys are expanding and yes! Those mini figures are pretty adorable. What a news to know that there would soon be TF combiners as well for KRE-O.

i have seen (the boxes) of these figures and i think, they are pretty fine... i agree that their quality is not a as good as that of LEGO, but it’s still very good... the vehicle mode looks great although the robot mode is a bit weird... uhmmm i don’t think that the extra-work of building separately each mode is a problem, i used to have a lot of fun with a building kit called "Estralandia", assemble and disassemble was a challenge instead of a problem... =)

The bloc of KRE-O are pretty precise and snapped well together also in a way not too tight. I agreed that the veh mode looks kind of awkward and nicer in robot mode. Sorry pal, I never heard of Estralandia. Happy for you that it gave up you so much fond mermories.

I have this as well. But I just leave it in vehicle mode as dismantling "Lego"/Kre-O is just painful. HAHA!

Ha! Ha! Son kept pleading to me to transform it and I gave it. Been through and done that. Lolz.