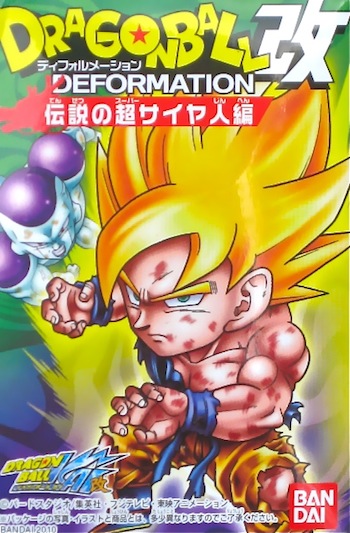 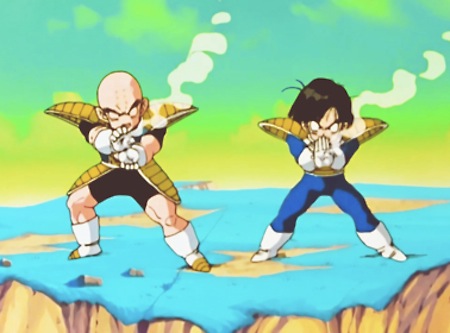 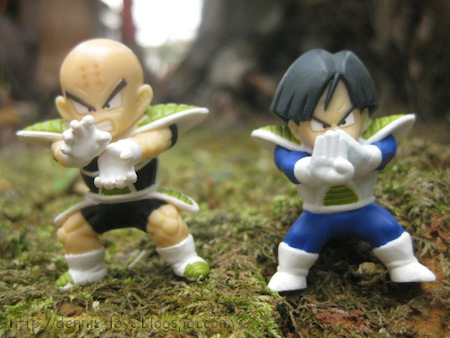 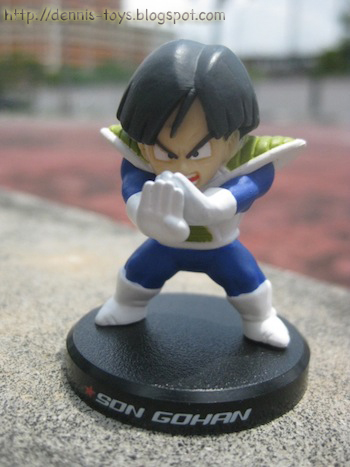 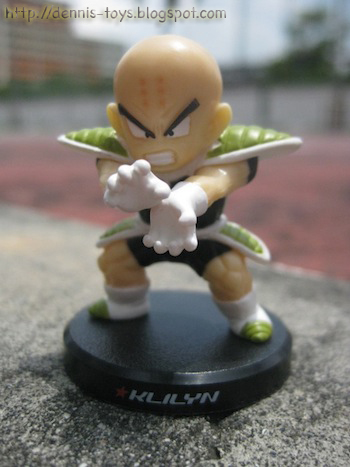 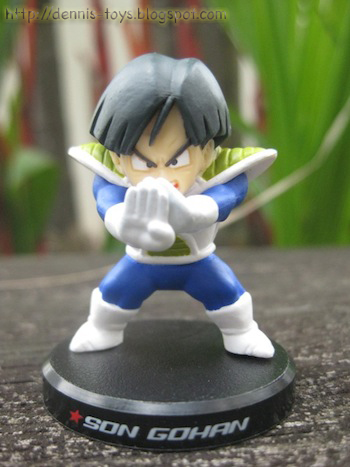 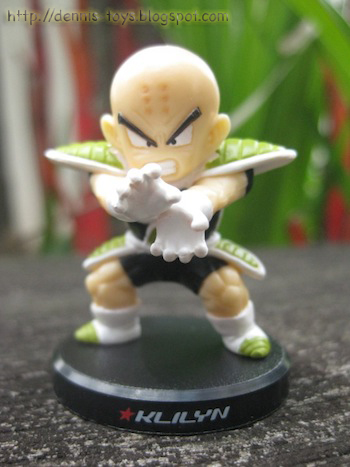 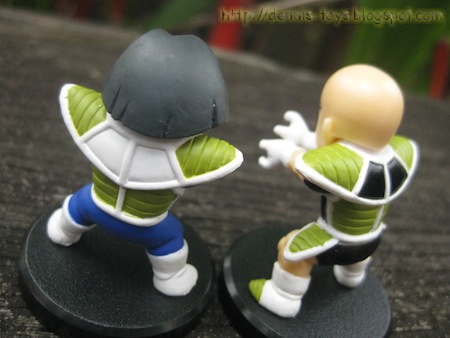 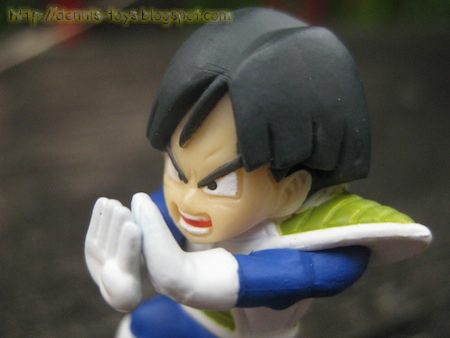 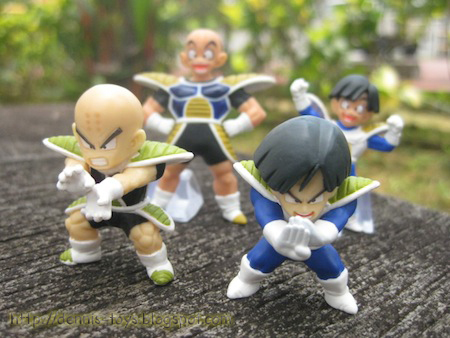 Bandai's Dragon Ball Kai Deformation trading figure series in blind boxes were released in 2010. These cute petit figures around 5cm came with a personalized stand with their names and also contains one piece of ramune-flavored candy (Long expired when I got it). I had paid a little more to choose Krillin and Gohan in Saiyan suit, from Ebay Singapore. Evilbay makes me spent even without stepping out of the house. Hee! Hee!

It’s sweet to see these figures sculpted in a way they were blasting Freeza while on Namek. Krillin with a Kamehameha and Gohan with Masenko. They are so close to the anime scene that I'm inspired to do outdoor re-enactment shots. Ultimately satisfied with the pics taken. Gohan balance perfectly well without anchoring to the stand whereas Krillin needs the support of the stand. Nevertheless, some blu tag will do the trick.

When you look @ the third pic from the bottom, a comparison between these candy toys and HG gasaphon, shows they are even smaller than gasaphon even though they come nicely presented in trading boxes. Wonder if you have noticed that Krillin was also spelled differently 'Klilyn' on the stand. The setback is that they are so small that they are hardly noticeable when I display them with other DBZ figures.
at June 04, 2012

Oh yes, it's like an re-enactment when I took pic of the figures together outdoor.

Dragon Ball and its merchandising is always interesting for me, even in deformed version... the bases with the names in pad printing are a nice complement, also the saiyan armors, the paint job and finishing are similar to those of the gashapons... welcome back to the non-gundam stuff XD =)

In one if the pics, I put these candy toys with gasaphon and they are even smaller than gasaphon even though they come with box. If you noticed, Krillin was also spelled differently on the stand. The setback is that they are so small that they are hardly noticeable when I display them with other DBZ figures. Lolz...

These sculptures look exactly like the anime characters... Cool!

Indeed, the figures gave me the drive to do an outdoor shot which I'm pretty satisfied.

Bro, you are good in finding your figures.. Their poses are similar to the anime scene :)

Got these from Ebay Singapore... Spend money even without stepping out of the house. Hee! Hee!

They did a great job making the comic scene to be a 3D figures.