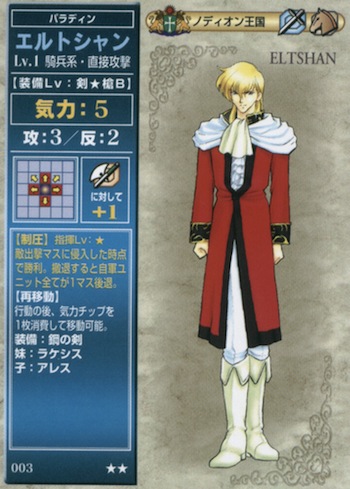 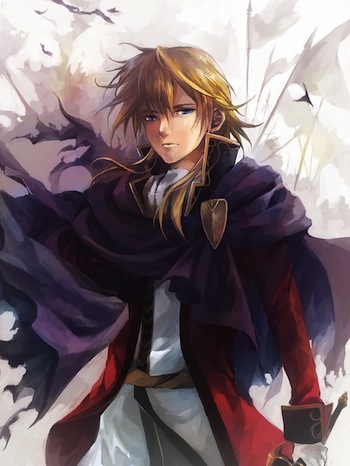 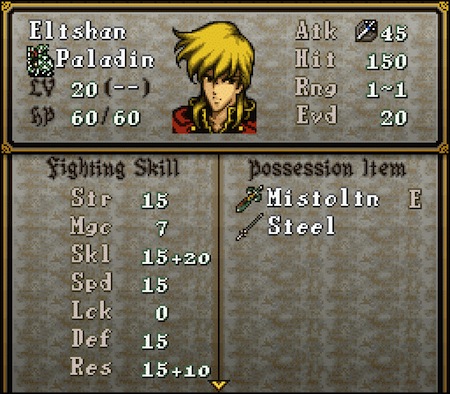 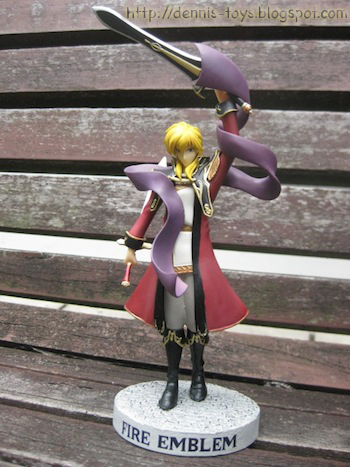 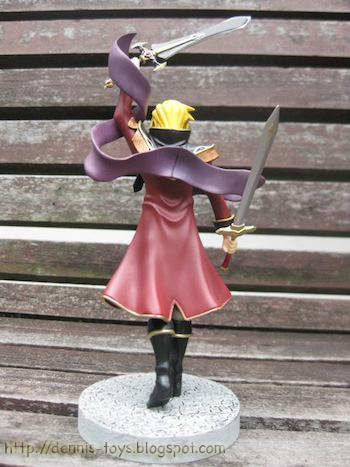 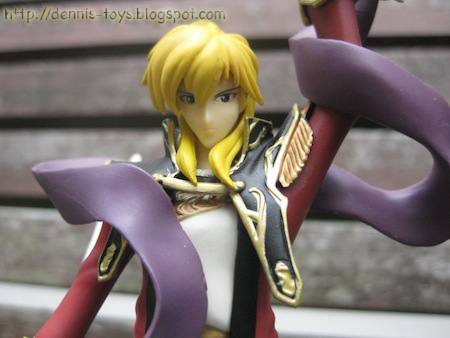 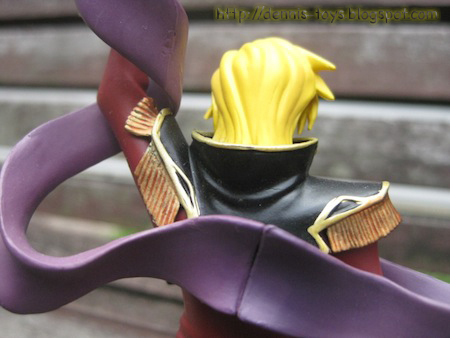 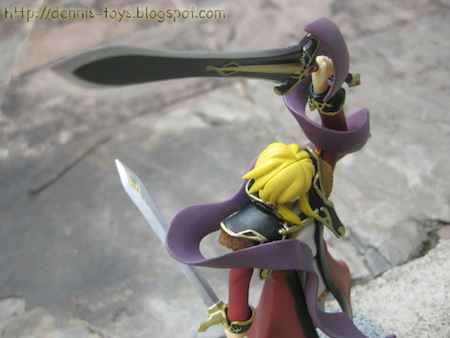 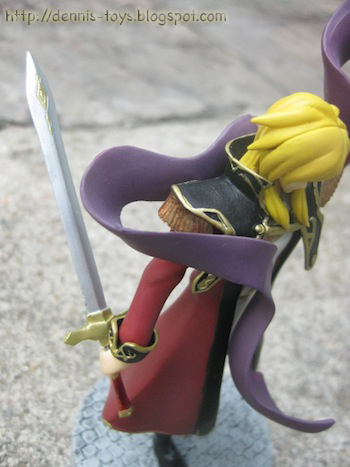 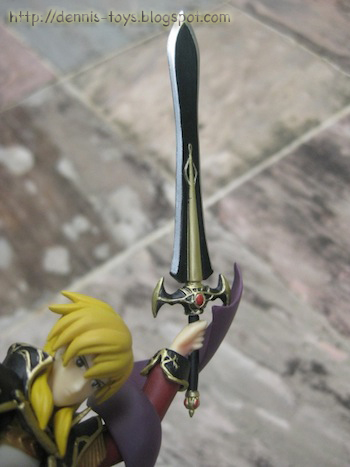 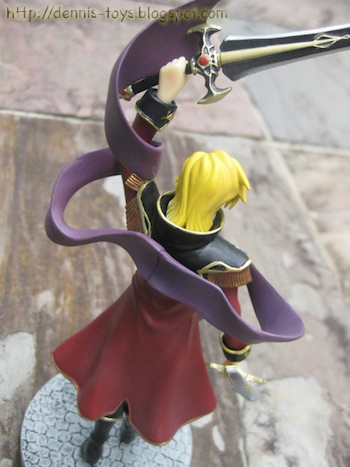 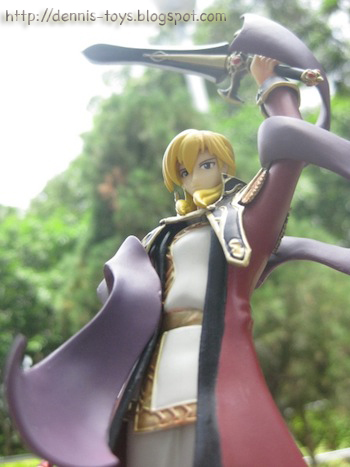 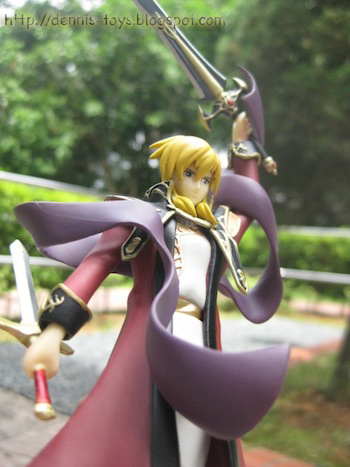 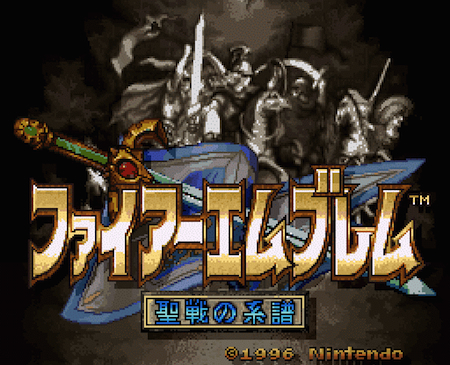 My previous posts on 'Fire Emblem Exceed A Generation' figures had been female characters so this post on Eltshan will adjust the balancing scale. It can be seen from the attire that Elshan is a member of the nobles. In fact, he is a paladin of Cross Knight loyal to the Agustrian Royal Family. Eltshan carries with him two swords, the darker sword with curves, is the powerful demon sword known as 'Mystletainn'. This demonic sword is a treasure item in the game that grants its wielder +20 Skill and +10 Resistance in stats, also grants its wielder the skill Critical. Eltshan is a handsome looking character but suffered a tragic end in the story after he was caught in between friendship and loyalty to his league. He was beheaded for treason by the arrogant and foolish King Chagall.

The Fire Emblem: Seisen no Keifu Character Figures aka Fire Emblem Exceed a Generation is a figurine collection that have the characters from Fire Emblem: Seisen no Keifu in Generation 1 in the first volume set, featured as a Trading Figure (Japanese blind-box figure). This figure stands 4.75" (11.5 cm) in height, with a 3" in diameter base. Packaged in a color box, with Japanese text. Requires assembly. It includes a textured, circular base, with an English label of the game "Fire Emblem" on the front. So far there has been a second volume. There are a total of 7 characters in this volume and one of which (Ira) is a secret character.
at May 25, 2012

The pose of this figure is great!

that is a pretty elegant pose and does fit him very much :D

this figure has a dynamic sculpt and a nice color scheme... what i like the most ??? the huge magic sword which have a beautiful design... just another old though good figure from an even older game... you don’t expect such background stories from an allegedly simple game... =O

>> LEon
Yup, that's what I like about the figure and the sculpt is close to the illustration.

>> bluedrakon
Actually I would prefer that the character is in armor more like a knight since Eltshan is a paladin.

>> chrismandesign
You are so right about the quality of the figure which proof again that good toys are not only made by the big boys in the industrial. In the past when I played the game, I cared less about the storyline. The time when I was a kid and no emulated that translate the game from Japanese to English. Well, Fire Emblem is a serious game and fan of this game expect more.

Hv you complete the entire series??

All for the games as its on going and I had missed a few sequels cos I didn't buy the Nintendo consoles. As for the figurines, there are still a few more to go. Using them as posting insert between mecha posting.