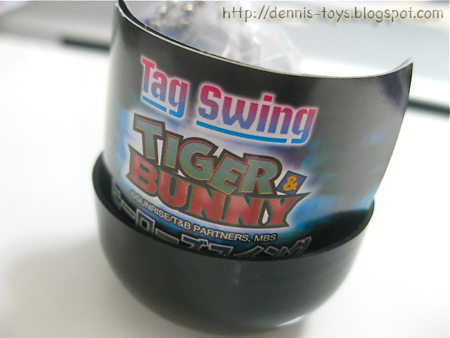 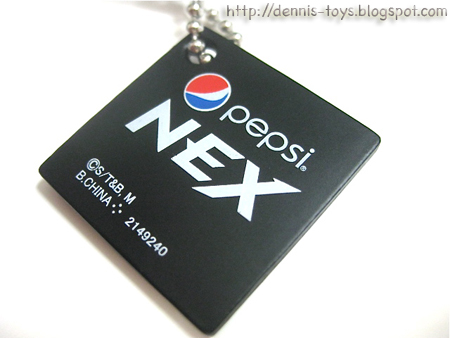 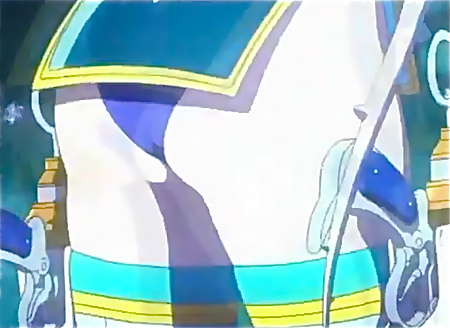 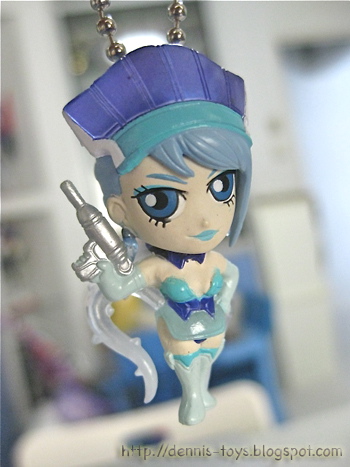 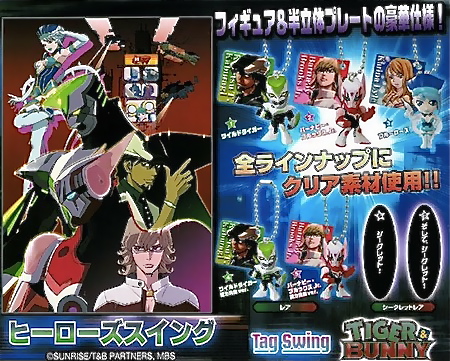 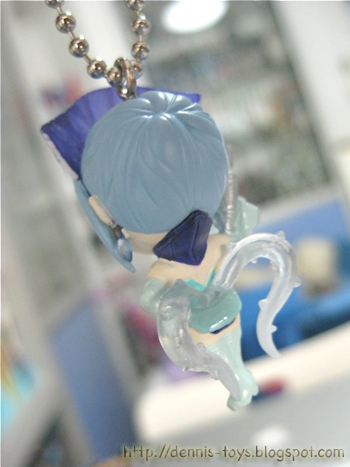 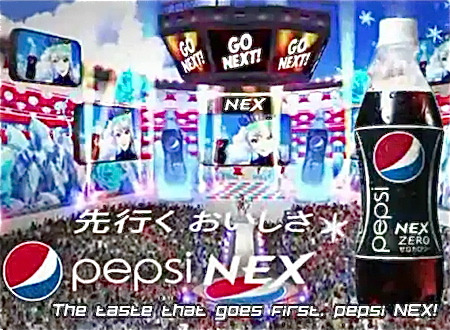 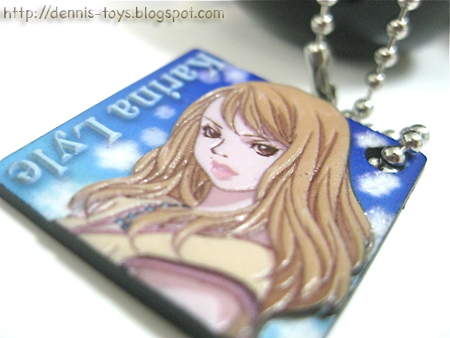 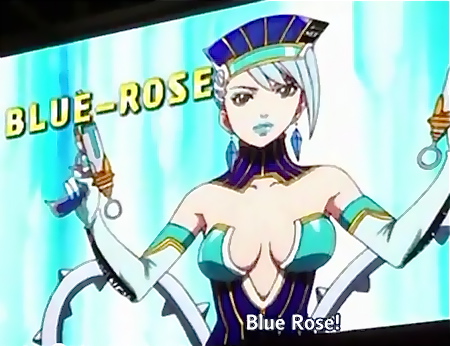 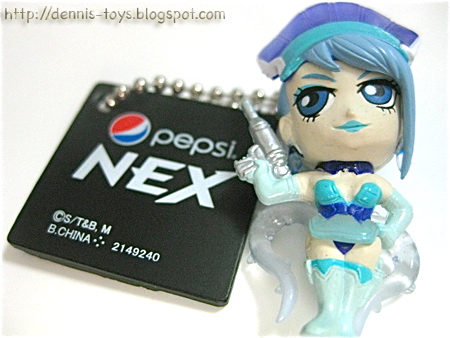 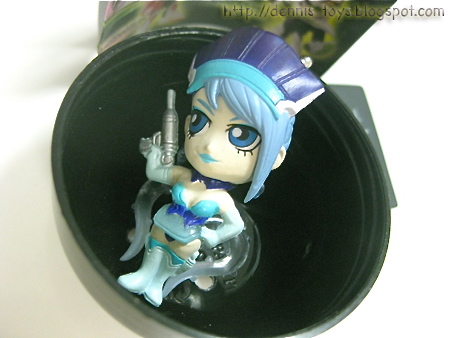 Guy 'A' had recently treated me to a sumptuous lunch at a Japanese restaurant that served delicious ramen and katsu! After which, we were window-shopping when he saw a capsule machine with 'Tiger & Bunny' Tag Swing. Guy 'A' had his eyes on this 'Blue Rose' Tag Swing, but by turning the capsule machine might not get what he wanted. No fear! The resourceful  Katsuden had searched online and found this  adorable 'Blue Rose' on Yahoo! Japan. I got it shipped from Japan and had presented it as a gift small token of appreciation before I could treat him to something.

Blue Rose:
Blue Rose is one of those superheroes in the anime. Her catchphrases : My ice is a little cold, but your crime has been put completely on hold! As a reality TV crime-buster, Blue Rose main sponsor is pepsiNex, 'The taste that goes first'. Her true identity is Karina Lyle, who's a high school student who works part-time as a pianist. I haven't reached there but according to Wiki, She seems to have an affection on Kotetsu aka Wild Tiger at the later part the storyline.
at January 30, 2012

That's very nice of you! I don't know anything about Tiger & Bunny, but it sounds like a pretty cool show.

That's a fast comment bro! Tiger and Bunny is supposedly a B project kind of anime with low budget but it turned out with surprising result and response. It's a humorous action anime that's easy to follow.

Guy A is very lucky to have a friend like you...

I would say anyone would be blessed with good friends around them. I believed being sincere is the key to friendship. Cheers!

Not a big fan of Pepsi due to my emotional attachment to Coke - the only time I will drink Pepsi is if I'm in KFC or any food outlets that doesn't offer Coke :-(

just a matter of personal taste, no big deal...

that Rose is certainly sexy!!!!

You are always generous giving gifts to friends.... they say, "give more and will get much more" - something like that.... so I hope this Dragon Year 2012 will bring you more good luck and prosperity but more importantly, happiness and harmony within you family....

>> David John Shewsbury
Actually I'm more of a fan of Coke as well for a strong kick and have the thought that Pepsi is more of a product match all this while. As for the gift, it's really nothing much and very much a small token of appreciation. I'm lousy getting gifts for others other than getting toys as gifts. Lolz... Many thanx for the well wishes and I'm feeling a lot better now emotionally.

is nice to hear that you feel fine again pal ’cause is not the same when you’re sad... i mean, when i "see" you, i see a happy guy, supportive and kind and when it comes to give something to someone, if there is a bond of friendship, the gift itself is not as important as the person who gives it, which makes it meaningful =D

that's really cool you did that. Blue Rose is a hottie even though she has ice rays - lol

Very much appreciate the gift bro. Love it! And it'll only be fitting I end the comment with Blue Rose's signature line: "My ice may be Cold, But your crime has been put on Hold!"

Well said bro! There's a lot of great meaning to what you said. Nice that things had kind of normalized or should I say that I had learn to accept.

Oh yes, Blue Rose is the hottest in Tiger & Bunny and love her confidence looks in superhero mode.