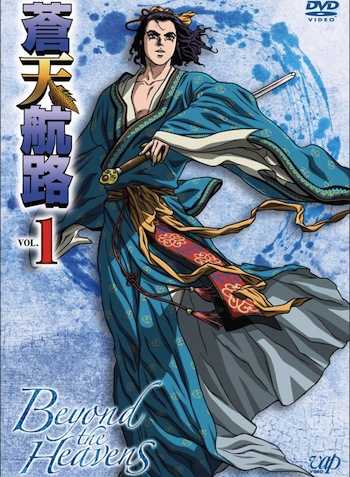 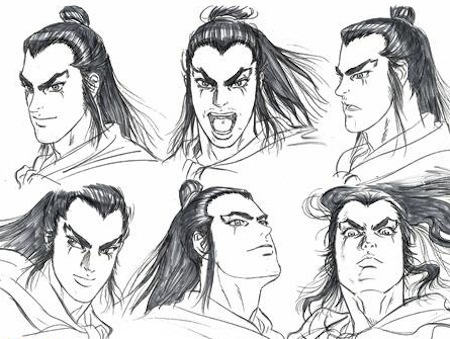 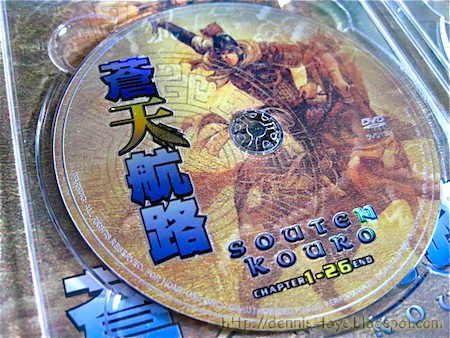 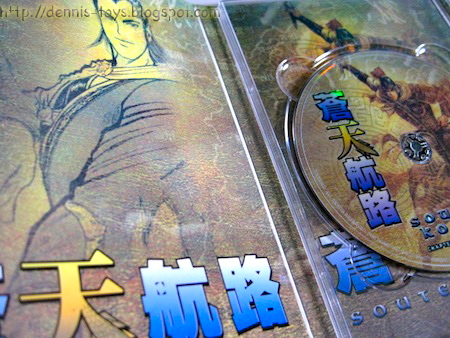 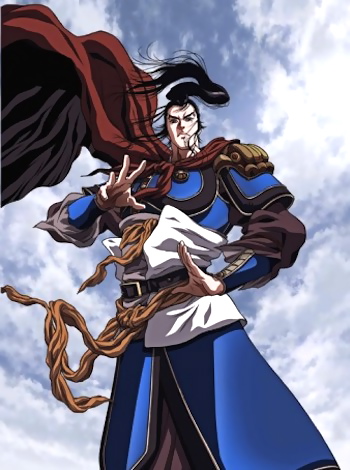 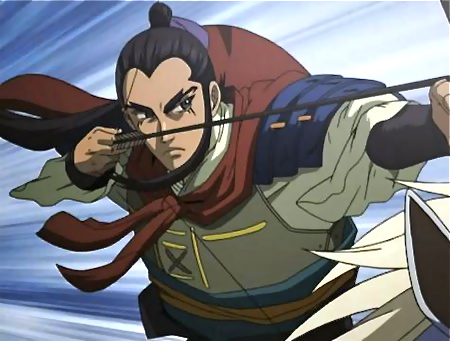 A new discovery for Sangokushi / Romance of Three Kingdoms related anime known as Souten Kouro, also translated as 'Beyond The Heavens'. This anime originated from manga and unlike other animes of Sangokushi, Souten Kouro story centered around Cao Cao and he was portrayed as more of a valiant hero rather than villain. On the other hand, Liu Bei in this anime, was more of a sweet-talker, good-for-nothing lad. Whether who was more of a hypocrite, it's really up to individual's perception. Souten Kouro kind of follows the main plot of Sangokushi or though there's lotz of fictitious alike 'Dynasty Warriors'. You can expect some degree of violence (hot-blooded battles) & scenes (mild). A short anime with 26 episodes where it ended at the battle of Guan Du.

Synopsis:
China 2A.D.: the corrupting Han Dynasty has thrown the entire country into chaos. Peasants revolt against the government. Into such an age, the ruthless and infamous hero, Cao Cao Mengde is born. Destroying old customs and values, he tries to unite China, with a band of promising and intellectual followers, handpicked for their individual talents and potential. Generally thought a villain, Cao Cao Mengde is portrayed as a hero in this story, which focuses on what kind of person he actually was. There are two other protagonists: Liu Bei Xuande and Sun Quan Zhongmou. Liu is a man of high morals and infinite potential. His servant, Zhuge Kongming is a mysterious man, who helps Liu to become a king who is loved by millions. Sun is the third descendant of the Sun family. A young and immature king also comes into the picture, creating more chaos. This is a Tale of the Three Kingdoms ('Sanguozhi') in which these three men rage war throughout China

This looks very interesting. I like these type of period pieces and variety of characters.

I read the manga and it is pretty interesting as it provide different perspective from Yokoyama Mitsuteru's Sangokushi and fleshes out Cao Cao's childhood.

I did follow this anime for first few episode of caocao. Now its complete? Need to borrow from you. LOL

i don’t know anything about this period, so for me this is just another epic anime set in the old China... i don’t mean this is unimportant, at least for the trailer is a great epic anime with excellent graphics, but i guess it must b mostly fictional... man, ur anime original DVD collection is something to admire !!!

>> bluedrakon
You could also try ancient Japan plus fiction element like Basara.

>> Yami
Bro, I can tell you certainly have good knowledge of ROTK related manga and anime. My only watch the anime and didn't read the manga.

>> LEon
Anytime bro. I'm surprise you heard of the anime.

>> chrismandesign
A famous novel based of the end of Han dynasty. The chaotic period that gave rise to heroes and their beautiful destiny. It's a refreshing anime for me.

I'm also following this anime, hehehe. The reason is because I really like Cao Cao compared to the other two. :D

Good to know you also watch this anime. Hahaha.

Cao Cao is really not my type of hero. We are always going for the same thing but on the opposing sides. Ha! Ha!

I hope to try ROTK...
Because I always playing Dynasty Warrior at PS2...It's cool...

I had watched a few episodes of Basara and it suits my taste. It's just that I'm watching some other animes and Basara is in my waiting list.

That's true Dennis Senpai...
I too not start watching Basara Season two yet...
Because had a hard time watching Anime and many list of Anime I need to watch...I hope can finish all the Anime in my list before the end of this Year...Ganbatte ne Dennis Senpai...