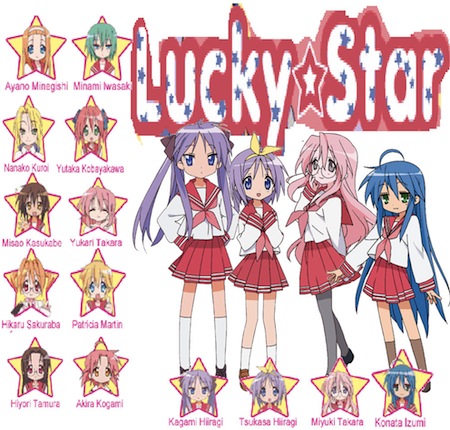 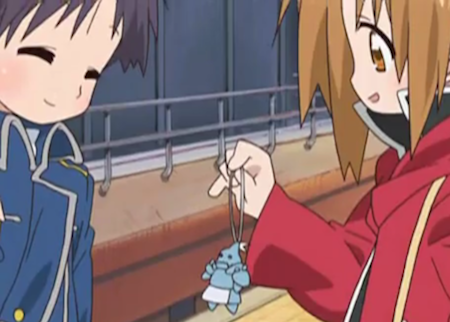 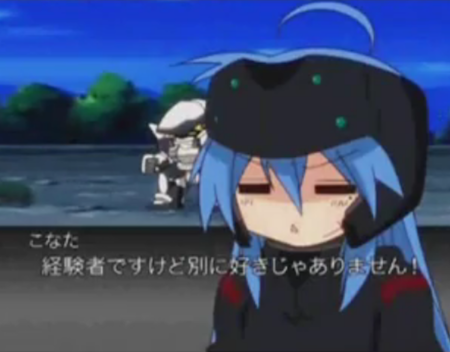 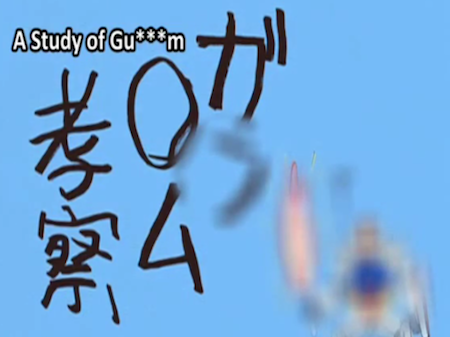 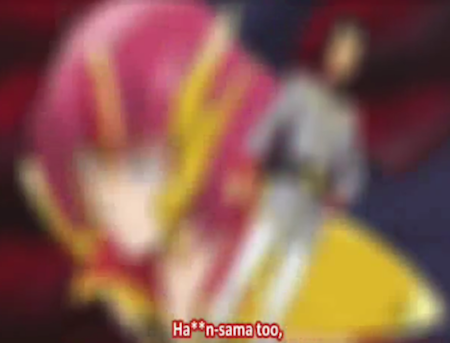 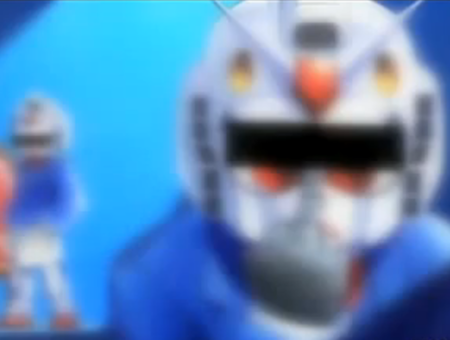 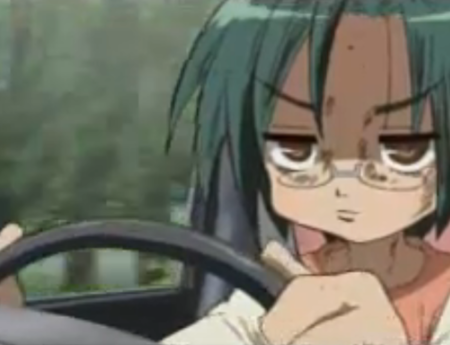 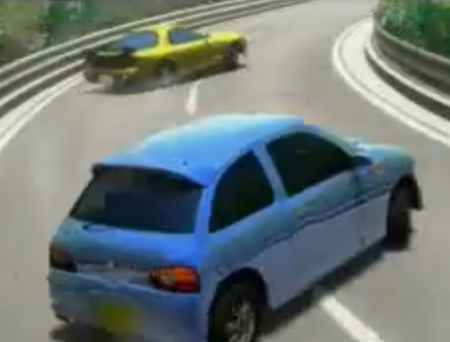 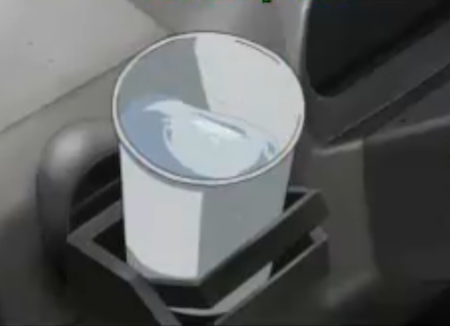 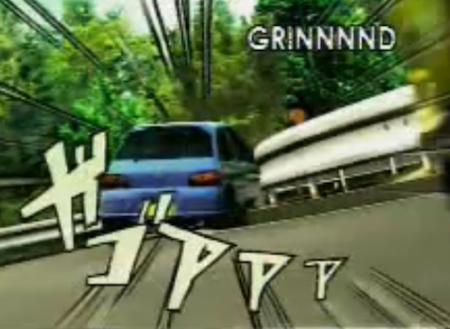 Taking a step out of my comfort zone to watch an anime that's has no mecha, conspiracies or fight scenes. Wait a minute! There were some parodies on Lucky Star that spoofs @ Gundam, Full Metal Panic, Initial D and some other animus that amused me. Might seems like just an original light-hearted anime on a few Japanese girls going through High-school life but the unoriginal is the injection of true humor through their conversation, speaking from different perspectives on anime, Otaku & human behavior. Sometimes, I just feel that that the girls are mocking at geeks like you & I but can't help laughing over it. Watching 'Lucky Star' also gives me a better understanding of Japan culture as a whole.
at June 29, 2011

Haha... This anime is hiliarious! Definitely will take the time to watch it! XD

An anime that surpirised me with its wit, hunour and charm! I gave a try to episode 1 on ur recommendation and promptly finished the whole series! Thereby leading to the emergence of Legendary Guy 'A'...Lol

>> Gundam Gunso
I also didn't know it's so good till I watch it. Give it a try bro!

>> on_o
Ha! Ha! Now that you mentioned about it. If not for this anime, I won't have called you the Legendary Guy 'A'. I will soon take you recommendation to watch 'Giant Killing'.

how they dare to mock on us & our dear anime/videogame series !!!??? they deserve to being killed as many times as possible (also as painful as possible)... & how they can talk & sing that fast in japanese ??? BUAHAHAHAHAHAHAHAHA... OK i was a bit exaggerated, but only a bit... who dare to say that we r that way ??? i mean, that was "gweecked" (combination of geek & wicked HAHAHAHAHAHAHAHAHAHA)... no way, series like those r a must-to-watch, is better to mock urself than to let others to do that HAHAHAHAHAHAHAHAHA...

Actually the story is just the girls talking and sharing. No real plot tho but it is fun. In the end of the show, it is always karaoke time. LOL

Adore Lucky Star, trouble with it is the huge amount of referances anbd the karoke of anime intro at the end.

Once found a list of all the referances somewhere and most i did not know, you would have to spend your life watching japanese programs to understand them, only got the few each episode.

im currently watching this series at the moment, but haven reach the gundam part. It's hilarious though there are lots of talking. Spoofs are lucky stars top selling points. ^^

I really enjoy when anime spotlight other anime shows. This was in your face stuff, but sometimes they quietly drop it in.

>> chrismandesign
I think these jokes perhaps corny will be easy to be accept by many. Life is short so may as well laugh it out! Lol...

>> LEon
No plot! Lol... Just like Konata quoted in the anime 'So we don't have to chase after every episodes to find out how lame the ending is'. Ha! Ha!

>> Ant Sized Man
You got a point there bro, there are so jokes that required certain understanding to their culture and their programs. I would sometime play back trying to get it.

>> sl619
For an anime, the idea of just talking and spoofing to create laughter refreshing.

>> bluedrakon
Indeed, teasing the anime, their fans and those otaku.

Hahaha,Konata Izumi is just like me...My mole placed at the cheek is
near my eyes are at the same place
with Konata...
I had watch this Anime for Four times
including on Animax...
Love the Anime so much...
holla Luckies...

Do you know my favorite Japanese idol Matsushima Nanako also has a tiny mole at the same area and she's really pleasant looking. I'm sure you are one sexy dude! Man! Your track record on this anime is unbelievable.