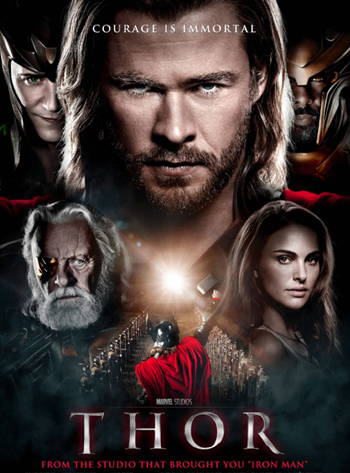 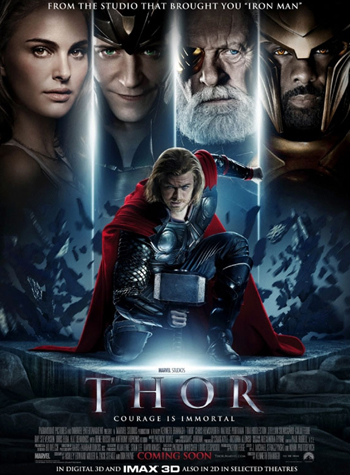 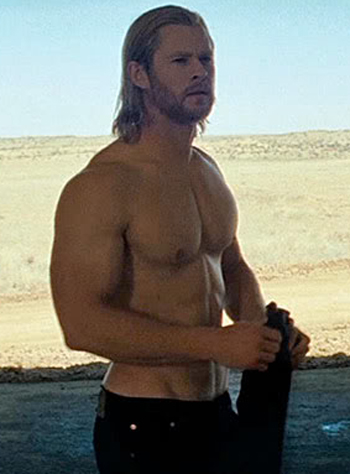 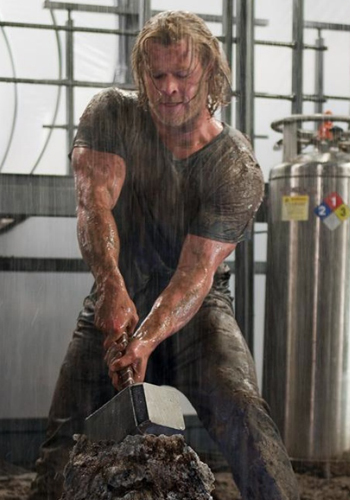 Just watched Thor today with a friend after our reservist training and watching at Iluma Filmgrande was a great experience that's much contributed by the good surround sound and spacious seat.

After having watched the short teaser on the fallen Mjolnir (Thor's hammer) after the ending credits of Ironman II, months ago, Marvel excite their fans again with this live-action movie of another superheroes 'Thor'. Just like how the television commercial had mentioned, there are many superheroes, but none of them is a god. The son of Odin, the mighty Thor is a god of Norse Mythology.

Banished to earth by his father for his arrogance and defiance, Thor picked up from where he fell and once again wield Mjolnir as the chosen one. Even though the plot is pretty straight forward, you can rest assured that you will be entertained by the CGI actions and humorous dialogues at several points of the movie. Chris Hemsworth is such a hunk and suited the role well.

ps: Don't leave the cinema once the movie ends. Wait for the teaser after the credits.
at May 05, 2011

the teaser after the credits was worth the wait. ^^
With the presence of the ever improving CGI, the marvel universe is expanding like never before.

Teaser after the credits gives a lot of suspense that we would look forward to a sequel. Amazing CGI these days makes a lot of Marvel heroes come to live.

not yet come in my city,, but I better wait because it is one of the most great movies in this year,, nice review bro :D

Can't I just fast forward through the credits like at home to see the teaser??

Great movie. Good idea by Marvel to line up all these super hero movies for a big one at the end, The Avengers. Look forward to the next instalment, Captain America! XD

Very good movie with fabulous effects. City of Asgard comes to life via the skilful work of the cgi artistes!

>> deSMOnd
Earning from movie, games, apparels & other merchandises all line up.

>> RiP666
Thanx bro! I'm sure you won't miss it. That's the kind of show people will enjoy most in the cinema.

>> bluedrakon
Ha! Ha! Sitting and enjoying the air-con inside cinema to make it more worth while.

>> Gundam Gunso
Yes, the Avengers! I think the one who holds the bow & arrow in Thor movie is Hawkeye.

>> on_o
Oh yes, in the past, there's only Starwars with amazing CGI. Nowadays, there are Transformers and Marvel movies that are up the the mark. I supposed there are many others movies with awesome CGI which I had missed out.

this is a movie i really want to see in theaters (i’m used to the confort of my private movie room... i mean, my room XDDDDD)... also Thor is a character i don’t know so much (not as other characters) so it will b refreshing =)

I felt the same like you before watching the movie. I guess the sound system and television in your room must be very well done up.

I hope there will be Captain America Movie...There is one but it is oldies movie...not to good though...
hahaha

I pretty sure it's coming and liking to be the next Marvel movie. I think I saw Captain America's shield in Ironman II movie.