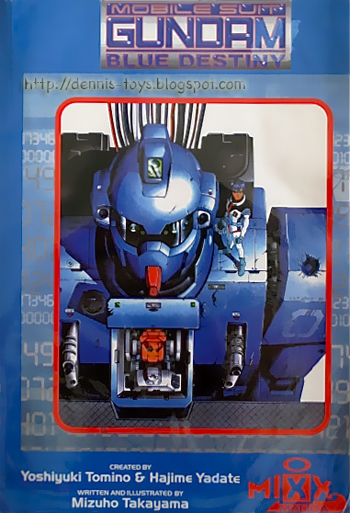 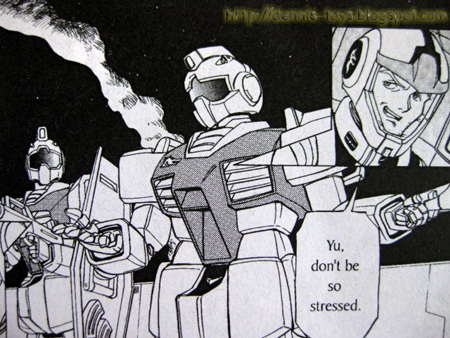 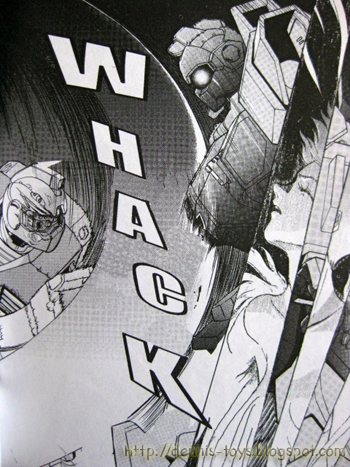 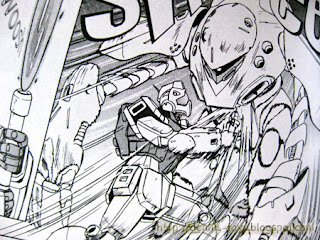 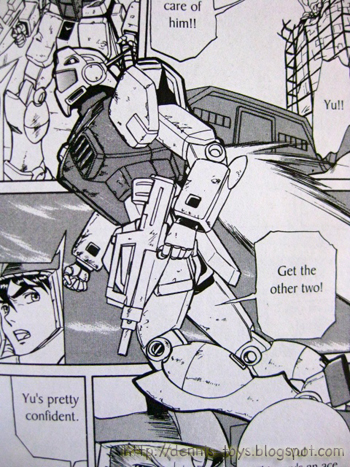 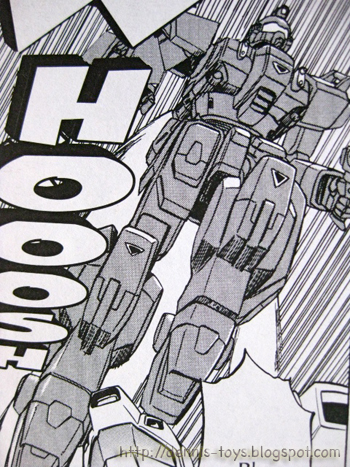 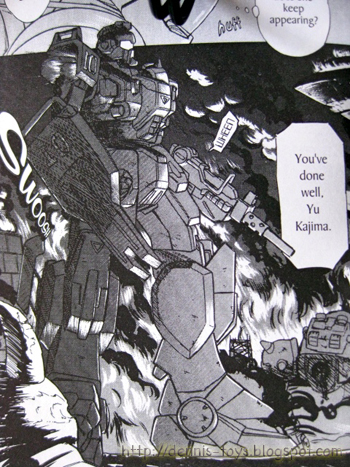 I had this manga many years back but somehow I threw it away during one of those spring cleanings for some reason. I kind of missed having the manga and had recently bought another copy at a online bookstore 'Alibris'. The one I had now is a preloved manga with shelfwear but I'm glad to possess it once again after tedious search and an unfortunate event of lost in mail.

Mobile Suit Blue Destiny by Yoshiyuki Tomino is a side story during the OYW and it was first introduced as a video game for Sega Saturn console. The manga only touched on the beginning so it ended leaving readers wanting for more, unfortunately there wasn't any other issue thereafter. The story introduced a young Lt Yu Kajima, who exhibits exceptional skills by defecting stronger MS with his GM but always having his unit rather badly thrashed at the same time. Remarkably, for a non-new-type, Yu Kajima has strong survival instinct. The manga is also packed with actions, GMs, and the awesomely looking Blue Destiny Unit 1.
at May 04, 2011

Whoa! I want this! I have been looking for this Gundam Side Stories all this while. May I know where you get this manga from?

Why would they start something and then not end it right - OMFG - why world why?

I got it from Alibris online bookstore. Used books are more affordable.

I missed reading comic but I have no space to store the comics now...

>> bluedrakon
Maybe the manga did not meet the sale target after launched. The same fate of Newtype magazine US edition.

>> LEon
I have some manga, magazines & reference books. Not too many so we will blend well of the related toys.

i saw not so long ago a manga from Dragon Ball Z (in japanese) & it looks pretty interesting... however the lack of color didn’t help so much to the "charm" factor, specially when u r used to the colorful american comics & comic books =/... BTW this mecha look sreally fine for me, specially for the blue color scheme & i love that Gogg gundam =)))))

I'm also a guy who gets attracted by colours and motions so anime is my preferred choice. I completed reading Dragonball Z manga but sad to say I stopped watching the anime half way when certain parts that ain't so interesting dragged on. It's too bad Mobile Suit Blue Destiny didn't come in anime.

To Chrisman san...
I too love gogg type...
Love their arms though...

To Dennis Senpai...
I love Anime more than Western Comics...

Like you, I'm one who has more affection towards Japanese anime, manga and toys. I will usually go for English translated manga due to my poor Mandarin standard.

Same here...I bought the Japanese Manga because,that is one way of learning Japanese...
Because no one in my family and friends learn and speak Japanese...
I'm on my own here...

This was one of my first, if not my first, manga. I really enjoyed it. The action was pretty intense and the art was great if I'm recalling correctly.

>> Tachikawa
My parents & sis can speak Japanese. Even my wifey knows elementary Japanese language. As for me, I'm just not talented.

>> William Parr
Glad you like the manga so much. Indeed, the manga is packed with action right from the start till the end of the vol. Great excitement even though there's isn't Gundam appearance.

Dennis Senpai...
If you have a spirit to learn Japanese,you will get to learn it...
Just need a little bit of courage...
For me,there are no word for talent...