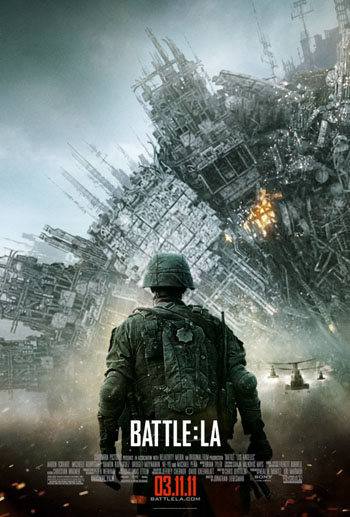 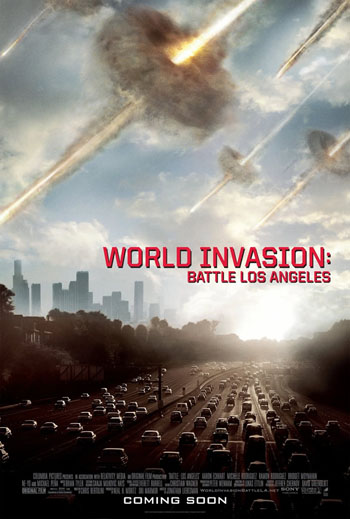 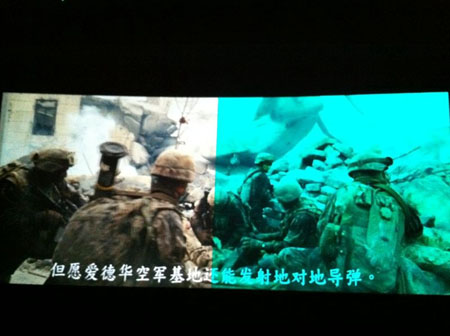 This is what I went through earlier in the cinema

For those who enjoy movies related to alien colonization plus marines defending their motherland with guts & glory, this is the movie you certainly must not missed. I would say the development of the story is well-organized and the director cleverly does most of the explaining through the marines tuning in to media broadcast on the situations. It's a rather straightforward plot which to summaries, it's like a search & rescue mission that ended up in a mess where everyone struggle to survive. The thing I like about this movie is that it realistically combined the elements of actual gunfire and sci-fic battle. Once the action was triggered, it kind of didn't stop. It's has been quite a while I enjoyed science fiction movie this much and in my opinion, this movie is better than 'Avatar'.


The other thing I would like to share is the movie experience I had earlier at 'Golden Village' cinema, which to me was one of a kind. The movie screen was green on a half (refer to last pic) towards the end of the movie which I first thought the director wanted to show a night vision effect. The green image started to get distracting after almost ten minutes until the screening hang. I could then hear people in the background commenting that this was like watching movie on pirated dvd. Well, the manager did do damage control by coming in to apologize. The movie continued after some hooray hooray but unfortunately, the management didn't play back the part from where the problem started. After the movie ended, pre-recorder audio messages were played to apologize again and everyone was given a coupon to redeem free popcorns for their next visit. I'm not so bothered over the ordeal but this is really first time such thing happened to me in a cinema. Wonder how would you react?
at March 21, 2011

Bro, I went to watch at Cathay, my favourite cinema last Friday as the sound system is much better..If the manager apologises and gives some complementary coupon for next visit, it's better than they do nothing..They sure won't play back the part that got problems..no choice!! Just watch movie at other cinema next time :)

the idea of this movie is not new, but i guess the treatment of the story is different... The War of the Worlds is the more common reference, but this kind of tales comes from Julio Verne & his gang XD... i think i must watch this movie, since it’s the stuff i like... =)

did you catch the movie early in the day? yes the picture do look like a pirate version. LOL

Not into this anymore as it keeps getting rehashed. I guess watching Heroman anime made me think it would be the same thing.

Looking forward to seeing Sucker Punch though and hope to get the wife out with me as well to see that one.

I thought of trying the movie this week...I am sure like the movie that show the Alien Invasion...
It looks like we are not alone in this world...
(Prefer playing Metal Slug 2)
Because of the Alien...hahaha

i was worried that this sci-fi was gonna end up like cloverfield or the tom cruise flick (forgotten the name). But after ur short review, it seems like a good show! Will watch it soon. ^^

>> deSMOnd
Cathay is nice but there are too few of them and they ain't so near to MRT. I believed its worth traveling a bit more for good movie experience.

>> chrismandesign
Bro, you know much about the background of producers & directors when it comes to movies. This is really the kind of movie for guys like us. Alien & fighting.

>> LEon
I watched the movie around 6 plus in the evening. Actually the cinema was only half occupied.

>> bluedrakon
My friend asked to watch 'Sucker Puncher' & 'Space Battle Ship Yamato'. These should be my next few movies to watch.

>> Tachikawa
I'm sure you will like and playing games are real enjoyable too. Too bad I don't play as much game as before.

>> sl619
In my opinion, this movie is definitely better than the two movies you have mentioned. In fact, this movie reminded me of 'Black Hawk Down'.

When your kids is much older to play games, you should teach them playing with you...Just like my uncle...
Teach his 5 years old Son playing his PS2...