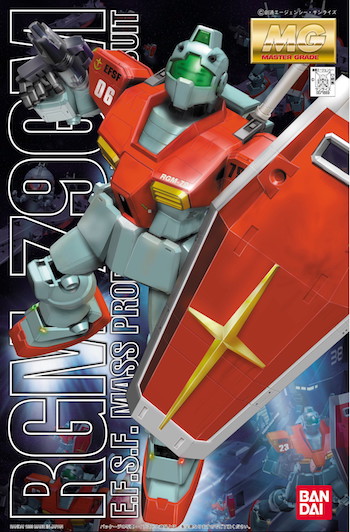 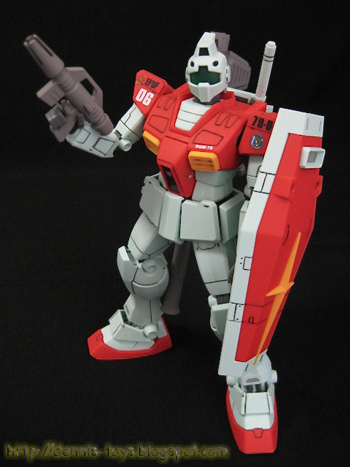 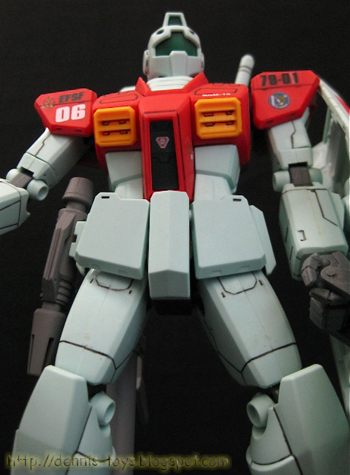 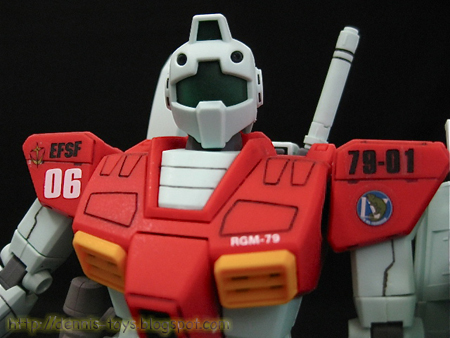 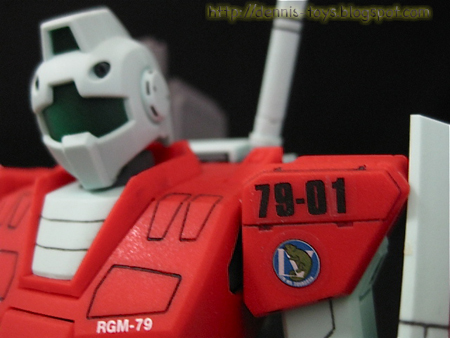 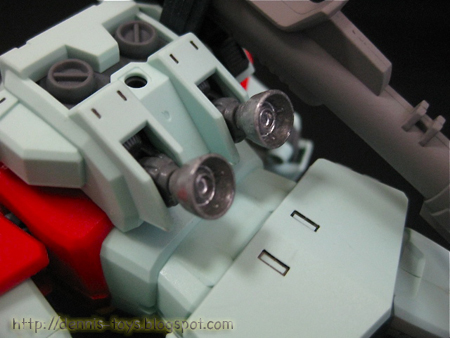 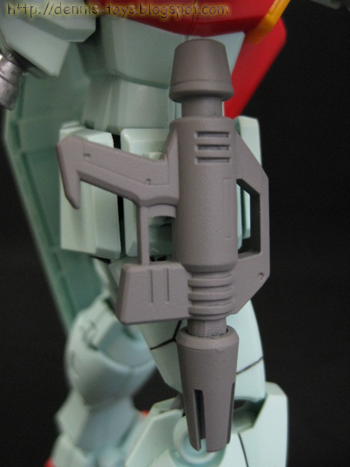 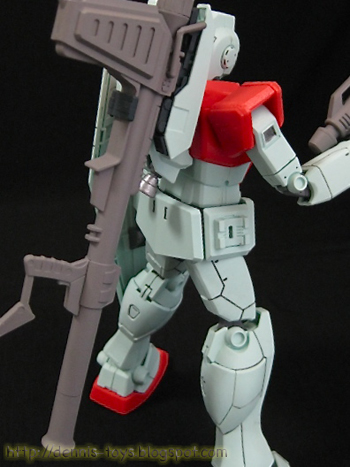 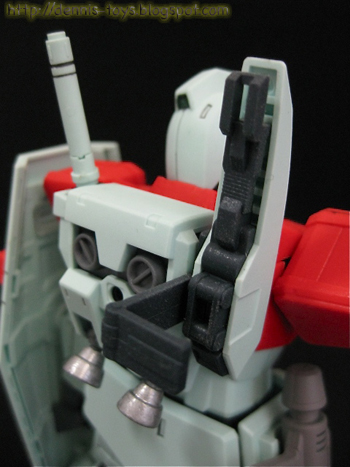 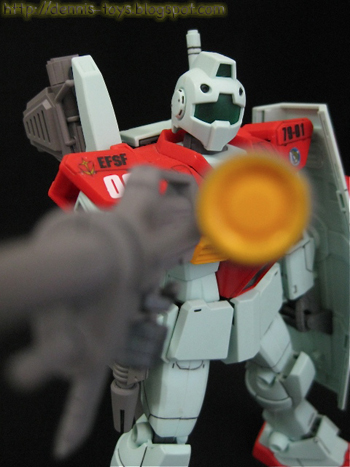 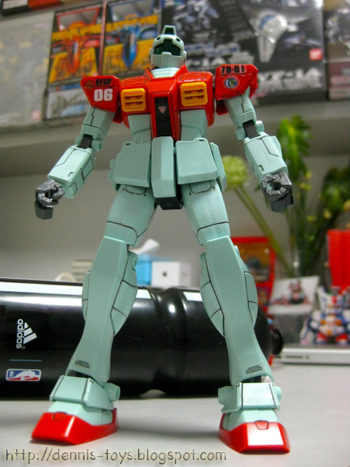 The RGM-79 GM is a simplified version of the RX-78 Gundam, designated for mass production. To reduce production costs, the GM is equipped with a simple cockpit block instead of a transforming Core Fighter, and its arnament consists of a single beam saber and short-range beam spray gun. Mass production of the GM doesn’t begin until relatively immense resources enable it to produce hundreds of these mobile suits in just three months.

Some of the nice features would be cockpit hatch can open to reveal the pilot within (but I did pay attention to painting the pilot), The legs contain booster units for use during atmospheric combat (I have painted it silver), The backpack cover can be removed to show the main reactor and maneuvering verniers (The small verniers explained the low thrustering abilities). With the waist mount latch, the beam spray gun can be stored on the GM’s hip.

What I like most about this kit is the uniquely bazooka back-mounted rack which allowed the bazooka to be stowed on it. If you switch to the usual backpack, the twin sabers can be attached.
at February 25, 2011

Very nice features that that GM that i was not expecting, is this GM some sort of udated Kai version, really likke the look of it compared to the normal animated GM.

I thought that all the English US and Europe packaged gunpla had stopped, have not seen any for about 10 years.

Glad that you like it. It's just a typical GM of the OYW being more proportional for a MG. The bazooka rack should be idea that come later cos I saw it only on GM reference book. You are right that the US & Europe packaging had seized so you probably be able to guess the age of the kit.

looking at the simplicity of this model still has some exclusive features, that would b great additions for not-mass-production gundams... the spray gun, for example (& it sounds like a sort of hairdressing gundam HAHAHAHAHAHAHA... sorry XD) is something i had not seen, neither the bazooka mounting system... oh, & ur paint job looks very neat pal, congrats =)

I must admit that the addition to the GM makes it pretty cool for a standard MS. The beam spray gun does look a little like a hair dryer. It supposed to be a short range beam weapon is superior over conventional machine guns used by Zakus. I'm still trying to improve my Gunpla skills and I humbling accept your positive comment. Thank you bro.

I think this is was the very first version of MG GM released. And I bet you repaint some parts on it. Am I right? :)

Yes bro, it's consider the MG version one. I had sprayed the visor, weapons and inner frame of the backpack. As for the verniers, I had drybrushed them. Did some panel lining and gave it a final overcoat with transparent dull laquer. The original taste of a GM still remains.

Difference between GM and Gundam is the head? GM head look nice too.

Quite true bro, the head, colour scheme and minor changes for mass production. It's about Gundamium. Lol....

The big weapon can be attached to the backpack..Cool!!

You are one fellow who fancy a lot on weapons bro! I can tell visiting your blog. Hee! Hee!

Flat coat is the best finisher in gunpla in my book. They will look great even though the kit is not painted. XD
and btw, can the flat coat on the bazooka be scratched when u put it on the rack?

Flat coat will make the kit look less plastic and acts as a protective coat to the paint. But if spray to much would erode the paint. For the weapon, I only used grey primer spray w/o overcoat. If done correctly (not too thick) it should not scratch the overcoat on the backpack. Gotten be very gentle handling it. Hee! Hee!