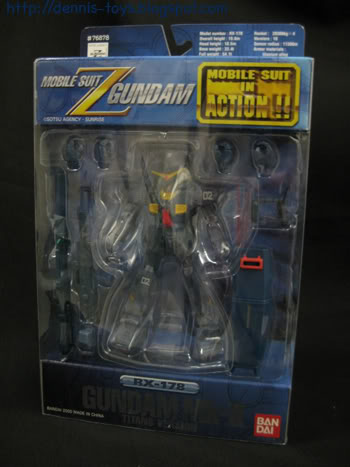 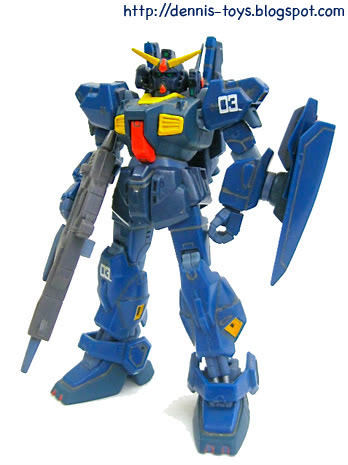 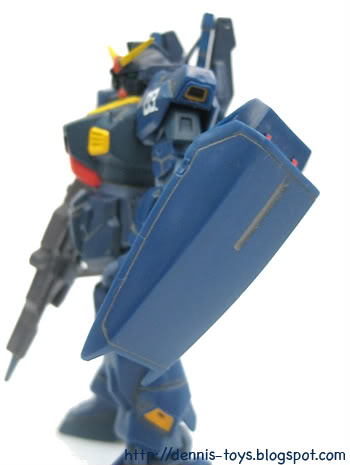 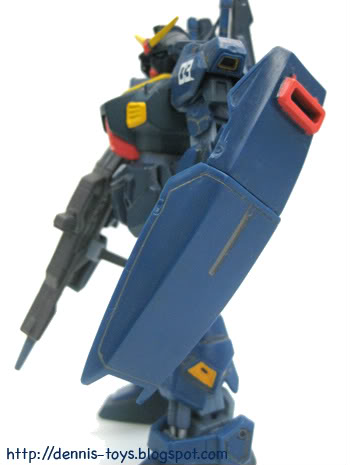 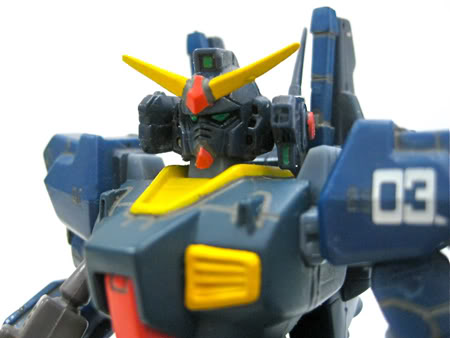 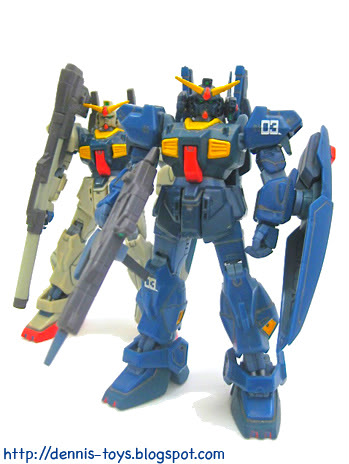 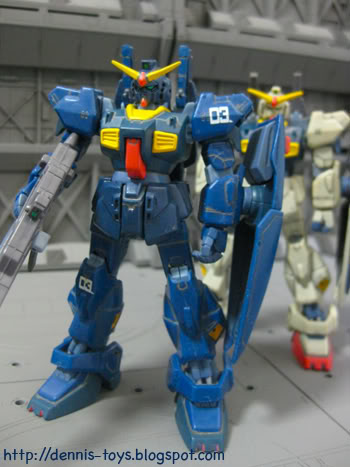 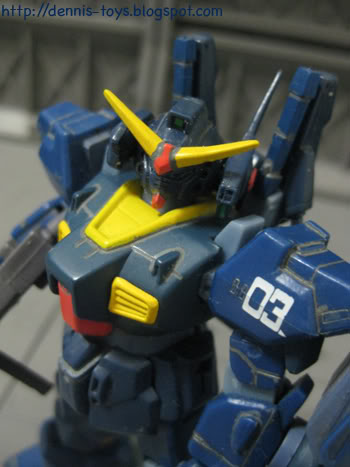 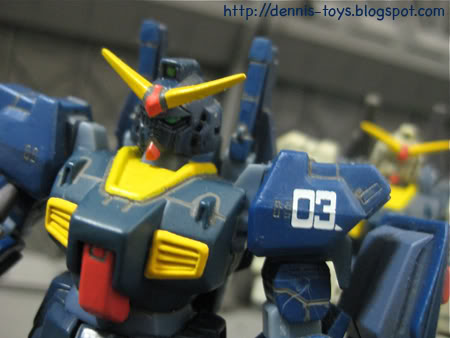 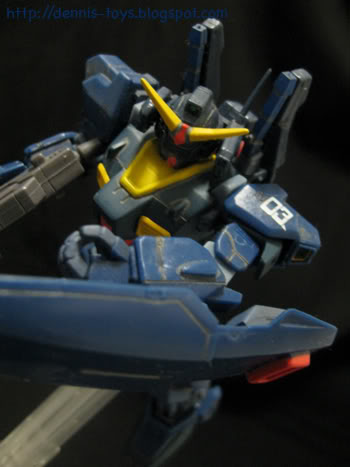 Similar to the AEUG version, MSIA of RX-178 Gundam MK-II Titans version blue comes with the same accessories like bazooka, bazooka clip, beam rifle, headset antenna, beam saber, shield and interchangeable hands. Bandai had released the toy with different number paint on the left shoulder. Just like the anime, there were supposed to be three units but I only have unit 02 still MISB and unit 03 which has come loose and hence I used it to for phototaking. The unique features of this toy would be the bazooka being able to be hung at the lower spine area and the snap-on shield that changes in length. Personally, I would prefer the Titans colour scheme to AEUG version as dark blue give a stealth effect in deep space and it certainly look badass.
at December 01, 2010

I love MKII design. It was pretty cool. I have HGUC MK II AEUG version. I wonder if there are MSIA Super gundam available also like HGUC Super Gundam

the proportions for this is quite good for a msia release, however the panel line wash seems messy.

Is this Blue Gundam a good guy or bad one?

as ur last post of this kind of figure, i think is a good acquisition even with some lack in the paint job (but again, is an small figure & done years ago)... bout the colour scheme, well i prefer something colorful than something mainly white (like most of the Gundams available), so i like this RX-178 =)

Big fan of this guy, especially in the Titian colours.
Cool figure but the grey panl lines look a bit rough.

>> mangyver5223
There's no Super Gundam in MSIA and I think there is for G.F.F toyline. Definitely a yes for HGUC. Hee! Hee!

>> sl619
The problem with the older MSIA is certainly panel lines.

>> deSMOnd
He's the bad guy in this colour. It was resprayed to the regular white under the hands of A.E.U.G.

>> chrismandesign
Thank you for bearing with me going through all these old MSIA which I have from the past. I hope to bring you guys more of some Gunpla project later.

>> Ant Sized Man
I guess you would like some of those 'Advance of Z' MS like Hazel too.

Oh yes, I like the mean and merciless look of Titans. Ha! Ha!