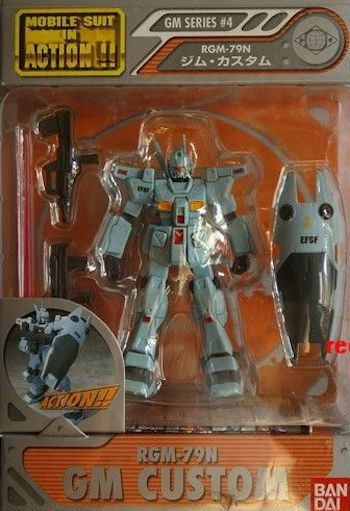 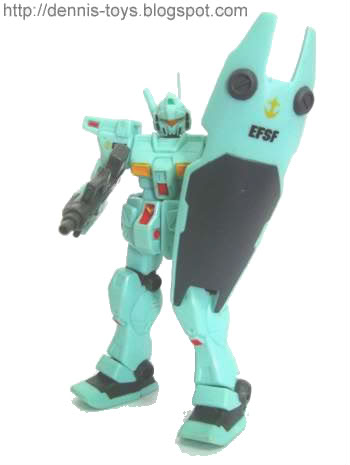 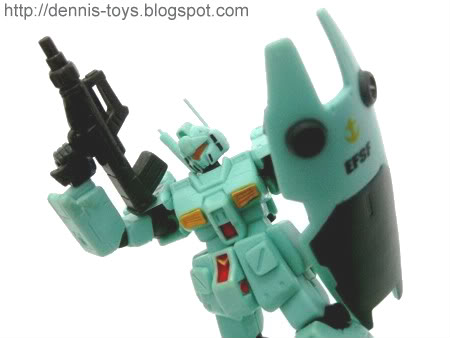 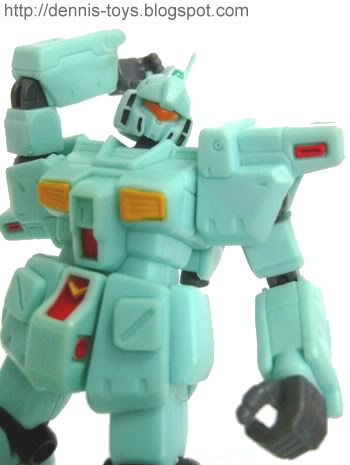 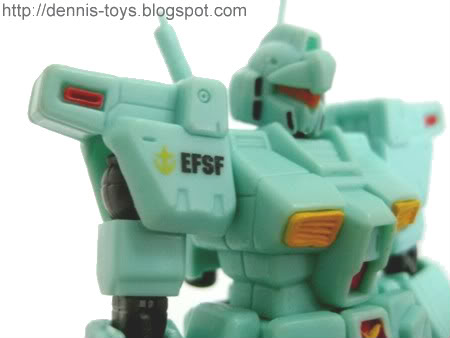 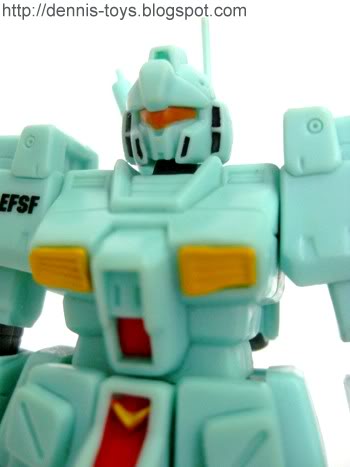 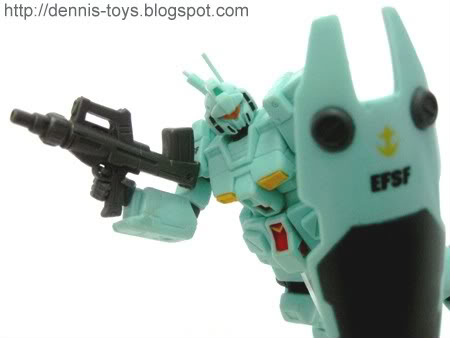 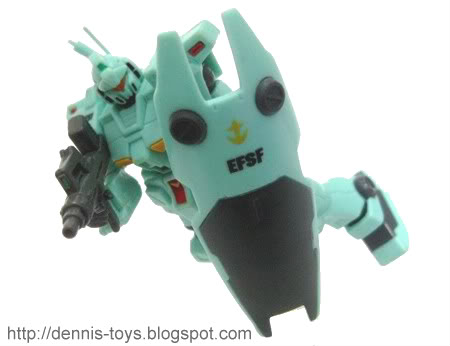 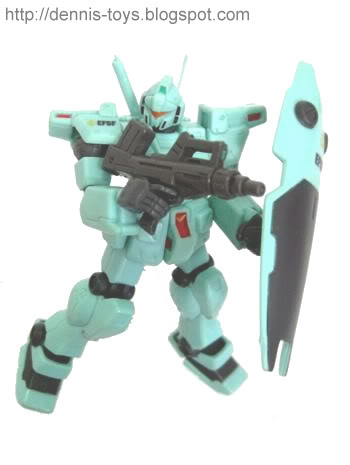 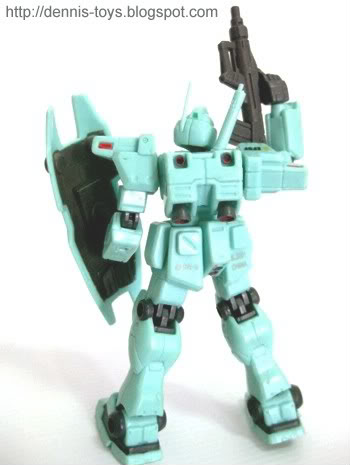 RGM-79N GM Custom is one of the many upgraded variations of the GM, and was only assigned to ace pilots and squad leaders and it is known to be piloted by Captain South Burning and some of the main characters aboard the Albion in Gundam 0083 (later deployed by the AEUG in the Zeta Gundam series.).

This is the US version in greener tone compared to the Japanese version mild blue green color. Well, I have both version but the Japanese version is still in MISB condition. The toy stand approximately 4.5". It is one of the more popular and sought after figures from the 0083 MSIA Mobile Suit Gundam action figures line and could fetch a reasonably good price on online auction.
at June 14, 2010

The shield look bigger than Gundam one!

>> Asrul
So how I think the asia version has a more anime correct tone.

>> LEon
Maybe they are more frail than Gundam so need a bigger shield for protection. Ha! Ha!

This is one of my favorite GM type suit. I was not able to acquire one of this MSIA version as the price is too high (after being marked up from its popularity). And I have too many model kits on hands to purchase a MG version of this. Maybe later though.

But is one of my favorite suit to use to in the AEUG scenario in PSP's Giren no Yabou - Axis no Kyoui V. One of the best Gundam Strategy game of on the market. I always feel confident having a squad of GM Custom placed in front to protect the artillery units in the back.

I'm always grateful to receive your sincere comments and I do have the PS2 version of Giren no Yabou but have not really play in depth cos of the complex jap command. Really wish they translate to English.

I would like to feature Regan in the near future.

@Dennis: There are some guides & wiki on the web with translated info for that game. Thats how I was able to learn to play it.

But the PSP version is the best so far. I feel it has the best enemy AI, they attack & retreat pretty realistically. I usually play one turn each day. Sometime a turn can take 30 mins to play due to the need to think & plan & fight. Sweet game for strategy fans.

Such a great design, to me this and the normal GM from 0083 along with the GM from 08th team are some of the best mecha ever. Proper real robot.

to b a 4" figure has a pretty good level of articulation, detail & paint job... i love the colour scheme since it’s simple & brilliant... indeed, when i buy a Gundam MK or figure, i bear in mind first: mecha design, second: colour scheme and third: accesories, but i dun care if it’s from a particular series or side (Zeon, Earth, Zeta, 00, Seed, Seed Destiny, etc)... myb when i get the complete series i will hav more criteria to select... end of, i like so much this figurine Dennis =PPPP

Bro, since you have posted a lot of Gundam articles recently, did you go to Takashimaya to get some Gundam figures??

>> Ant Sized Man
Yup! Even the not so strong robot has its place in the anime.

>> deSMOnd
Sadly no, ain't have much time recently and had cut down on blogging too!

>> GunStray
I supposed so, this guy is pretty nice looking for a MSIA. Hee! Hee!

The Gundam that I like a lot in a different color scheme apart from white would be ReGZ from 'Char Counterattack'.

navigate to this web-site https://www.dolabuy.su see page good quality replica bags my blog Check This Out