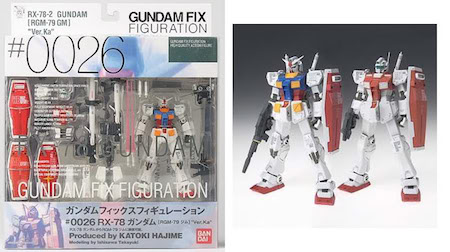 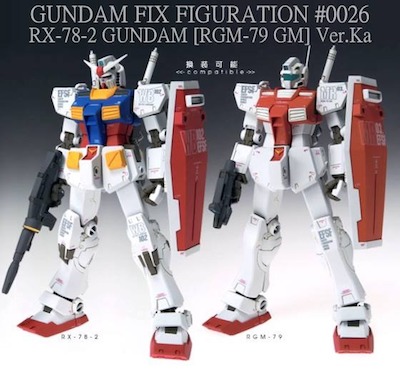 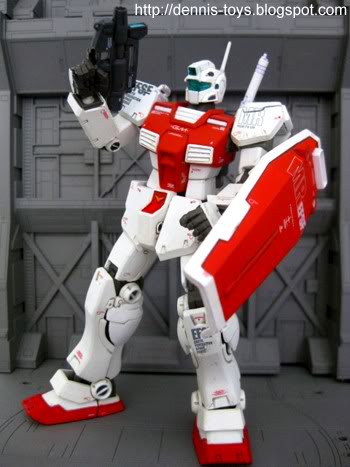 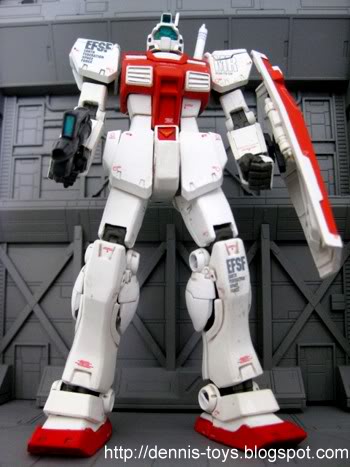 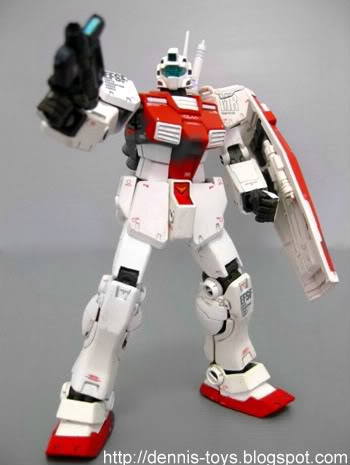 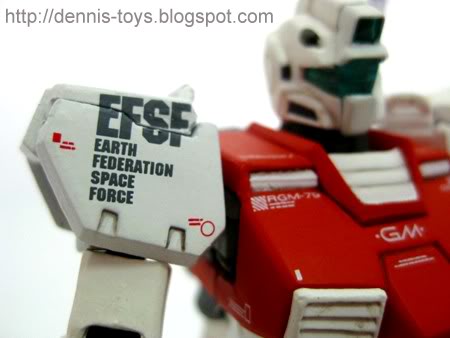 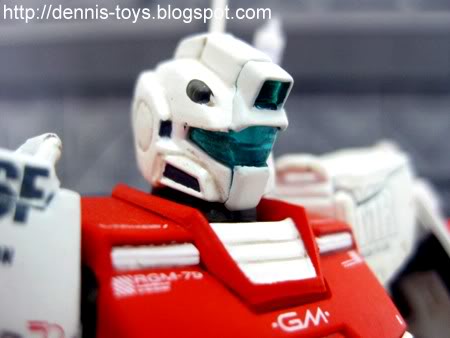 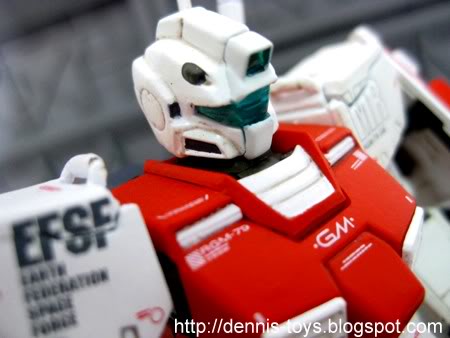 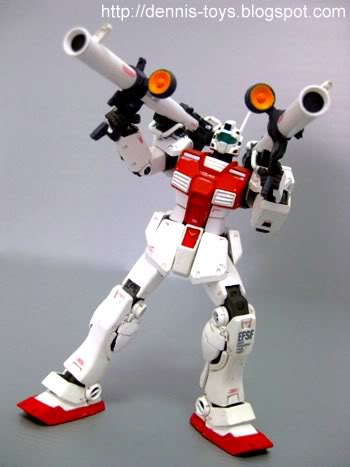 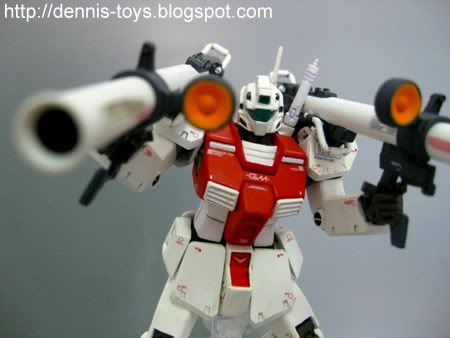 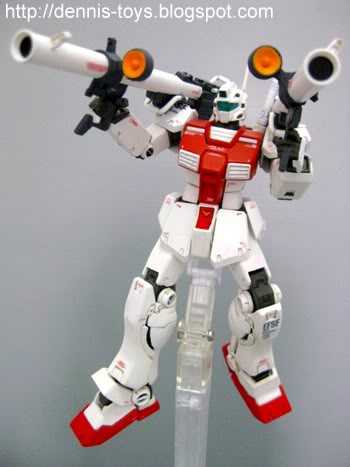 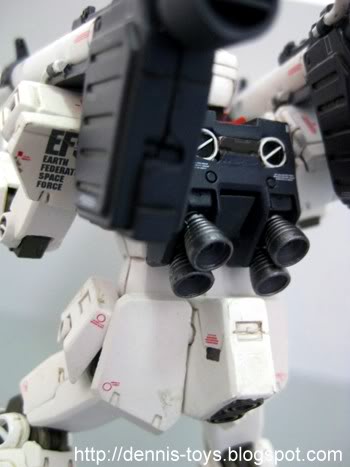 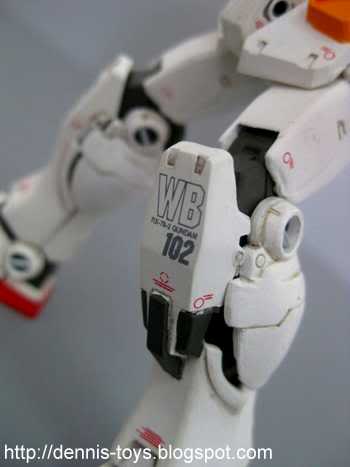 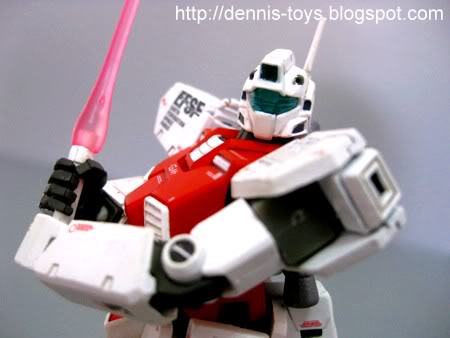 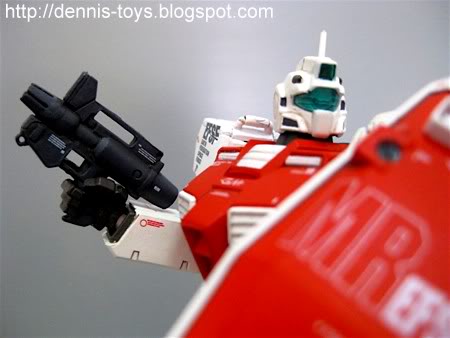 Having Gundam Fix #0026 is like having two toys for the price of one. By changing the armour parts, you can have RX-78-2 Gundam & RGM-79 unfortunately you can’t have both MS at the same time. Gundam Fix Figuration in short G.F.F. is released by Bandai from the Gundam series produced by Katoki Hajime. All these G.F.F comes with tons of highly detailed armor and accessories, but there's a price to pay for great quality toys.

I’m used to collect G.F.F till I realized it's to costly to have the whole line of Gundam Fix Figuration. I had sold most of them but I bought G.F.F. 0026 cos RGM is too tempting to resist. I will do the first part of Gundam Fix #0026 with RGM-79 GM Kai.

The RGM-79 is the improved version of GM which is put to test during the final portion of 'one year war'. Though it was similar to the original GM Precession Type in its armament and abilities, it did feature greatly improved thruster acceleration and maneuverability. RGM-79 has remain the standard mass-production frontline unit for the Federation hence they are widely used in the timeline of U.C 0083.
at January 19, 2010

Gffs are very very detailed hence the price....but they are quite the looker ^^

The visor is quite a beauty, though I still prefered the mone eyed.

well Dennis, i dun like action figures (fix figuration) of Gundam, i prefer doubtless model kits... the reason: u own 2 times this kind of figures, cuz 1st. u bought’em & then 2nd. u assembled’em... for me it’s like this is ur own creation (specially when u personalize’em)... that’s my special relationship with model kits... however, the fix figuration pieces are excellent in detail & level of articulation & this one looks great...

Hey I got this GFF too, I bought 2 of them so that I can have both the gundam & his GM brother.

Personally, I think the quality of GFF is overrated. They are detail but not painted with the care the price tag deserved. Also plastic pieces such as the V antenna sometimes comes bented or deformed. And GFF are the most un-posable figures around. I think the new GFFN lines are a bit better, but of course they are more expensive too.

Alright, show us more of your GM collection.

I too have to seen one of such kind at greatcoupons-online.com

>> chubbybots
Yes, to me MS from U.C are the greatest. Price of G.F.F is steep so I'm pretty selective.

>> chrismandesign
I understand what you meant Chris, but I really more of a toy collector.

>> G.G
Two of these, G.G, you are good man! Do you a lot more others? Still I think G.F.F are more posable than MSIA. Some other complaints from collectors are that the armours usually don't attached well and fell over easily.

@Dennis: Yeah I own about 20 GFFs, and just like you I am pretty selective. I started my collection with MSIA (Got probably about a hundred), then I moved onto GFF for their quality, and finally landed myself doing gundam models (so that I can decide the quality of my gundams).

OMG! Your collection really impressed me pal! So many G.F.F and more than a hundred MSIA. Incredible! You are more hardcore than me man! Salute you for that!

ah, a GM, standard mech in U.C world.
I used this as my standard MS in Gundam game (Wii, sorry forget the name).

We have here another GM fan plus GM user! Thx for dropping by.

I was looking for some Generic Viagra when I blissfully encountered this awesome site. The matter of fact over here is that i have always loved every single thing related to Gundam 0083 and so, your column catched my eye as soon as I rest my eyes on it.