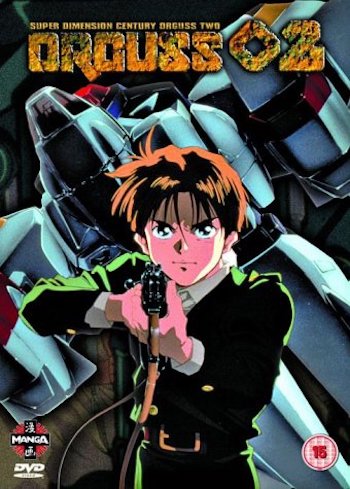 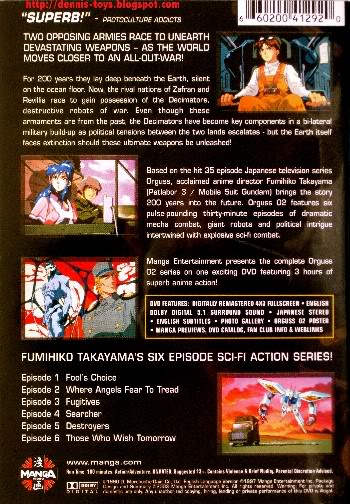 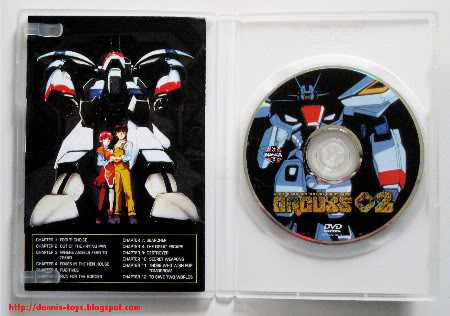 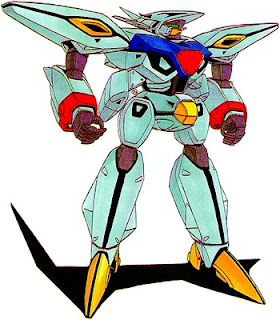 A continuation of Orguss legacy with an anime 'Orguss 02'. It's a short OVA with only six episodes. In my opinion, mechs in this OVA were were designed the plot would give you a deeper understanding to why ancient robots known as Orguss were teleported to human world. The original code 1 dvd released by Manga.com, is in high demand and on ebay, the dvd costed around 35 USD and usually would be sold off quickly.

Plot Summary:
Years of political tension and mistrust between the two rival nations of Zafran and Revillia escalate to the point of war. Each nations solution: to gain possession of Decimators, the same ancient robots of war that nearly ended all life on the planet 200 years before. As the war ensues and the leaders of both nations become reluctant to surrender, only the desperate plan of Lean, a young cadet, and Nataruma, a psychically gifted young woman, to alter the timeline of events 200 years before stands the chance between humanities survival or absolute destruction.(From Anime News Network)

The first orguss is on my to ever growing watch list.
Haruhiko Mikimoto character designs are always a treat to see animated.

Yes! It has the taste of Macross.