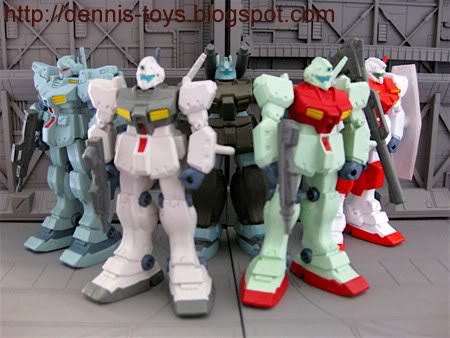 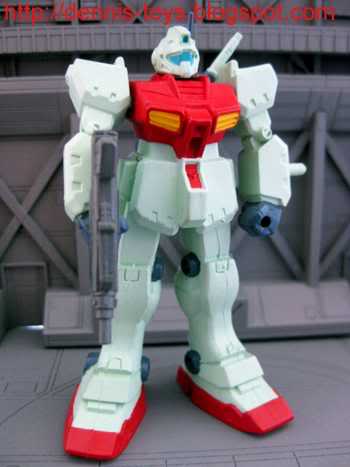 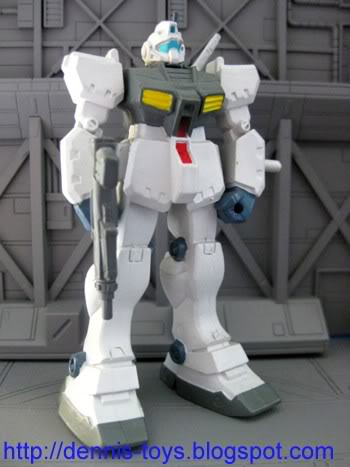 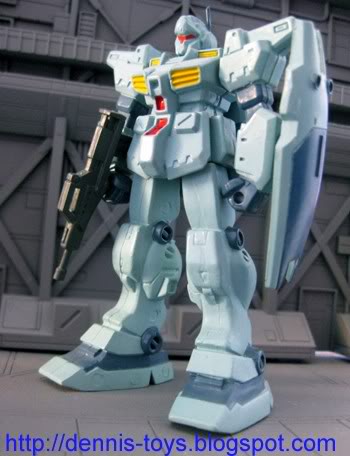 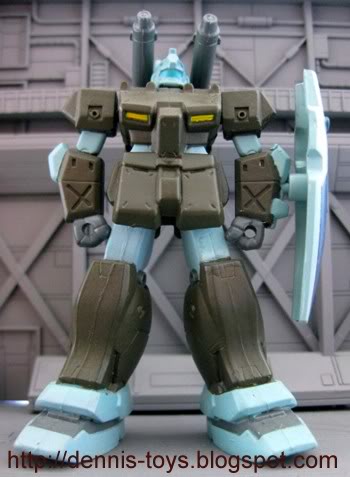 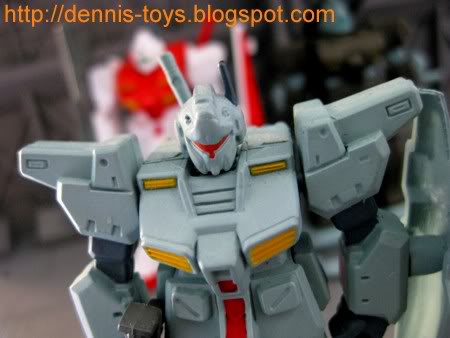 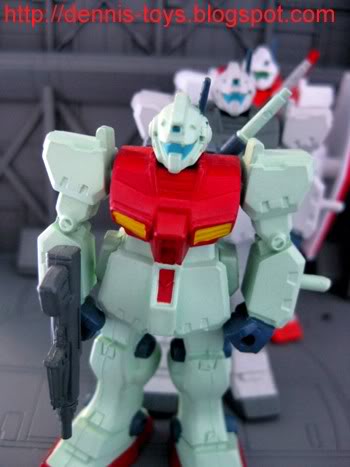 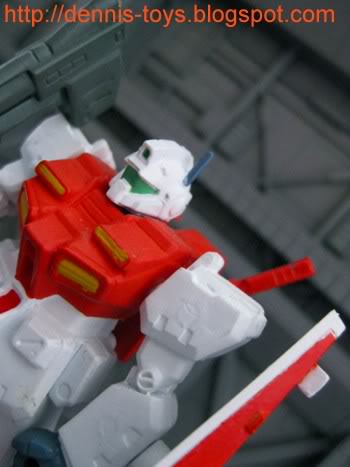 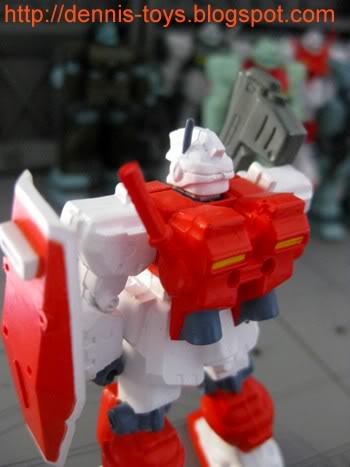 The mass production mobile suits of Earth Federation Space Force E.F.S.F have always been my favourite. In fact, I prefer them over Gundam simply because of their simplicity. Clear and defined features and having nice head display .

They are warriors who live to fight another day. Always spring into action when come under fire. Here are my 1/220 scale GM collectibles which are more inclined like trading figures. Manufacturer: Yukata. Produced during Gundam 20th anniversary.
at October 08, 2009

It can be very nice with lining and weathering.

Oh yes! They do look a bit too neat. With lining and weathering, the MS will look more rugged.

I was always impressed by how much detail were put into these sized figures. My son has a few of the gasaphon that just rock

how much did you pay for these guys? Look like gashapon to me...

>> Bluedrakon
I have kept for many years and till now I like them a lot. Powered GM and GM Custom are my favourite. My GP02 is still mint in card.

>> LEon
Don't quite remember, I think they are around S$6 - 8. They are about 7.5cm, slightly taller than most gasaphon. I would say they more like trading figures.

1/220, that must be super small but with a great level of detail.
Cool video, only a few GM's i know which means lots more gundam action to look forward to.

I like the video a lot. The maker of the video, like me, has a lot of liking towards GMs.