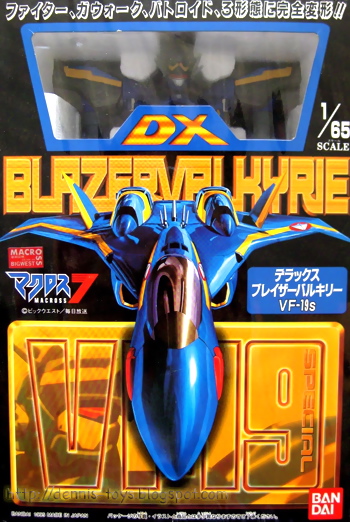 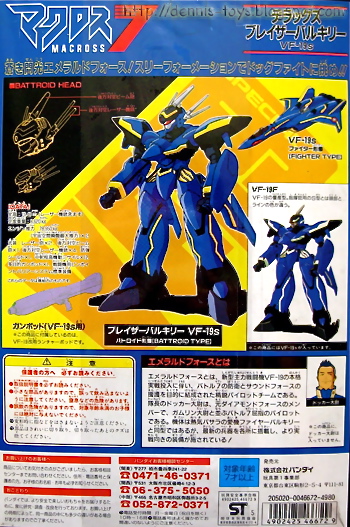 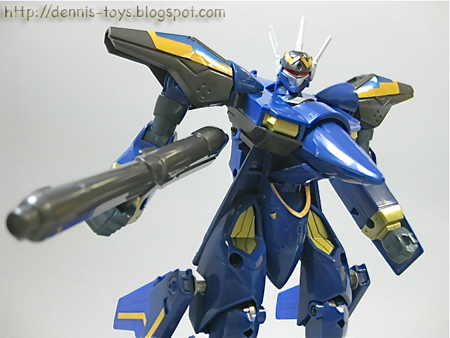 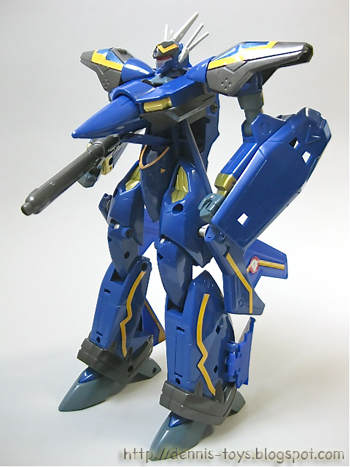 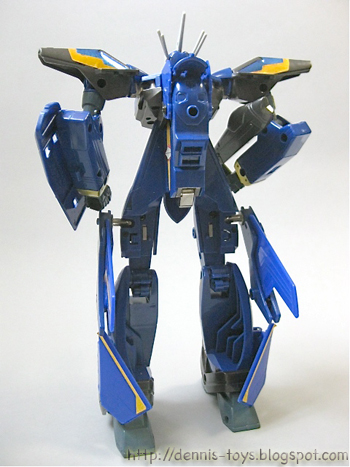 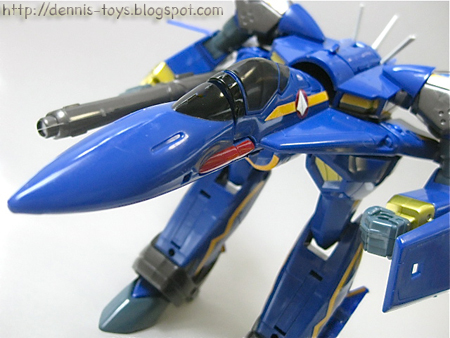 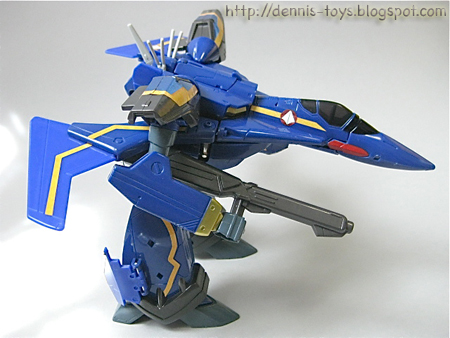 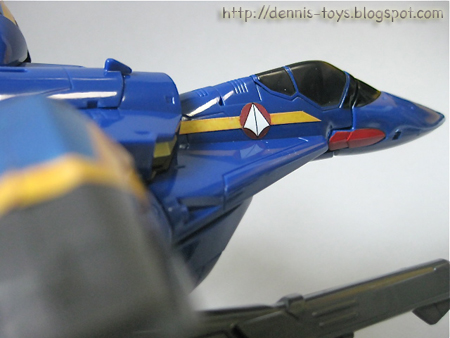 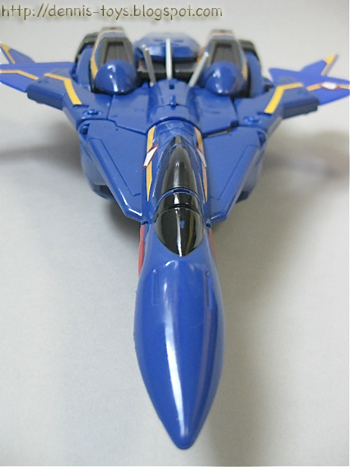 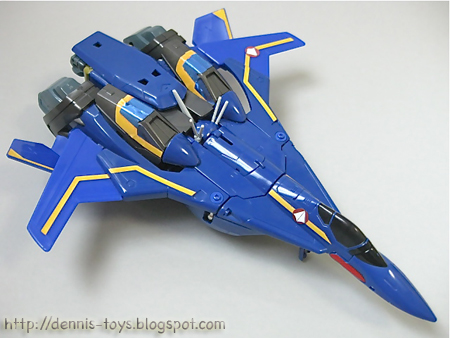 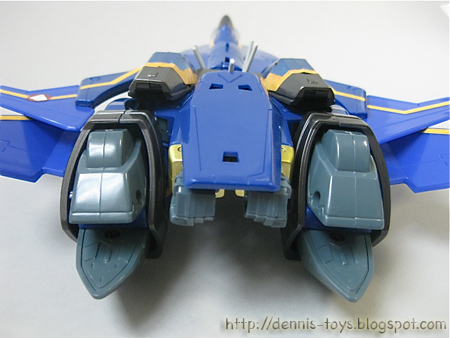 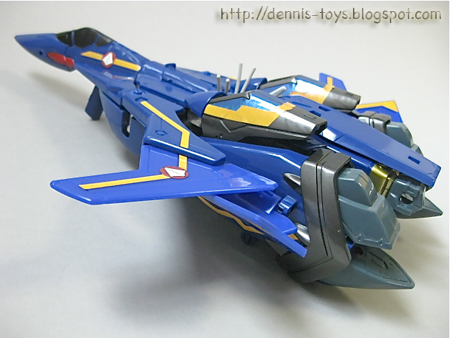 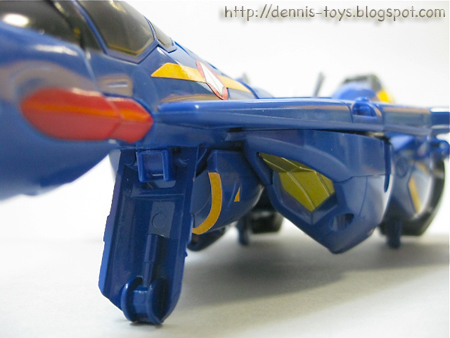 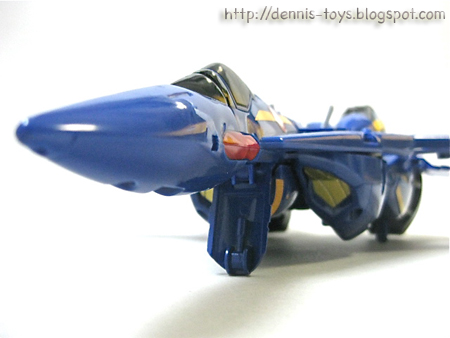 I have collected all four of Bandai 1/65 Macross 7 Valkyries except the reissues and the limited edition chrome version which doesn't suit my taste. I won't consider the chrome version cos I prefer the toy in original anime version. This 1/65 VF-19S Blazer Valkyrie of mine is MIB with stickers applied. I give the box condition a humble C8 with slight dents on the window and wears at the edges. As for the toy, C8.5, tight joints with no stress mark. I like the colour scheme of Blue Blazer a lot as it like more former and those U.N Spacy stickers looks great the military owned valkyrie. I would say Blazer Valkyrie is harder to find compared to the other Macross 7 toys.
at January 06, 2009

your post popped up when i was googling for this toy, hehe.
good for you that you are able to obtain it.
very hard to find it now, darn...

I got this a long time ago and wasn't quite satisfied with the pics taken. I will soon retake pics of the toy and maybe play a bit before keeping it in the box.

just able to sourced a loose one from japan. arriving next month.^^

It will look awesome standing beside your DX version. Congrats!