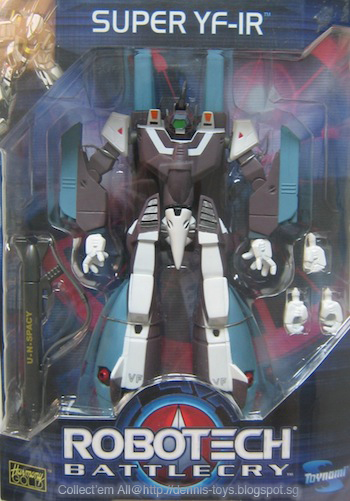 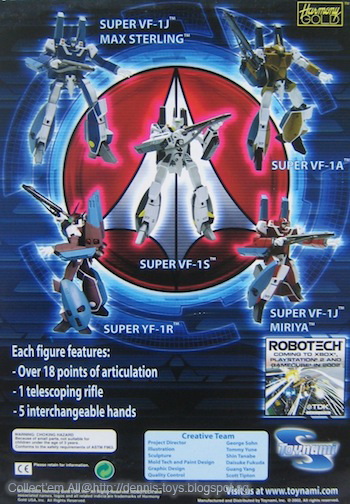 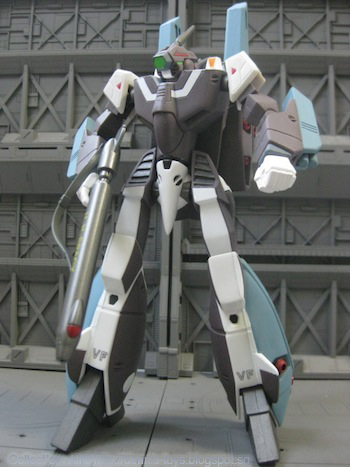 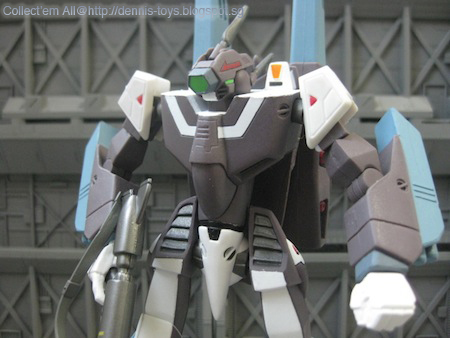 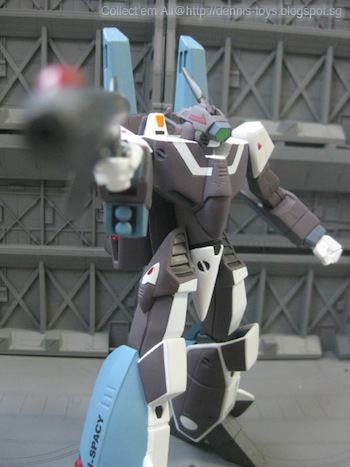 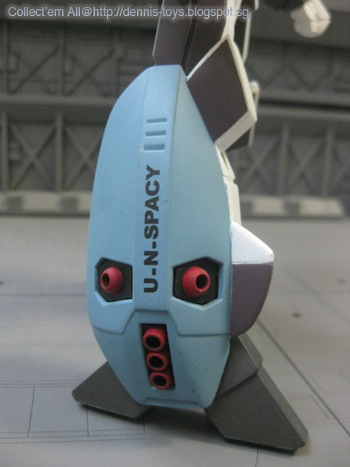 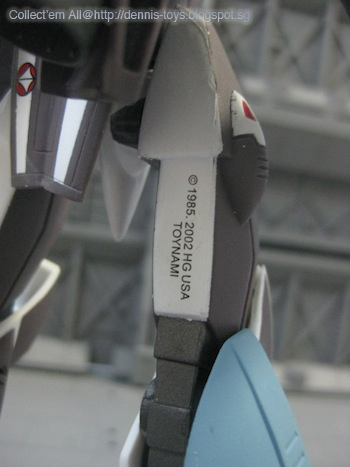 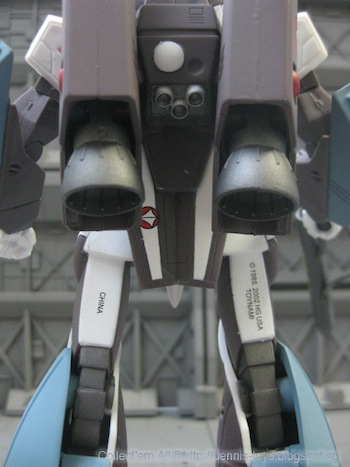 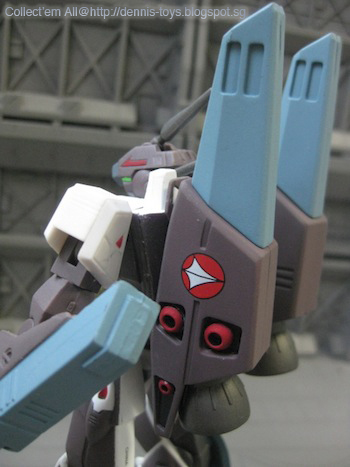 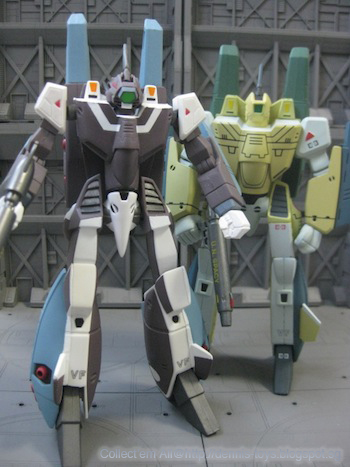 An action figure which I bought back in 2007 and finally decided to open the toy to put it on display. The pics you see is how the toy look like after I had top-coated it with matt spray. I don't see this  selling locally anymore so it's presumedly rare, hard to find, out of print Toynami Robotech Super Poseable Veritech, YF-1R. It's non transformable mainly for the purpose of rough play alike most action figures. Smaller than the Masterpiece series however this action figure has got the fast pack on

Stands about 8", it comes 100% complete with 5 hands and the gun. It came out as part of the Robotech Battlecry line of superposeables - much better proportioned than the first wave, and based off the veritech for Jack Archer, in Robotech Battlecry! Comes in a form of blister card packaging and the toyline offers four other battroids. As for me, I just settled for most unique looking.

I know very little about Jack Archer as a Robotech character apart from knowing that he was featured in 'Robotech Battlecry' game and YF-1R was the customised valkyrie when Jack Archer joined the wolf squadron. 'Robotech Battlecry' didn't keep me playing very long cos the game play ain't really interesting and I don't enjoy shooting game.
at November 19, 2012

Yup, the basic concept of Macross battroid, made slight changes to the design and gave it a different color scheme and there I had like a sucker buying the toy. Lolz.

Seriously, I didn't keep track of the market rate and I would say to go with how you heart goes as long as it's within your budget and reasonably priced.