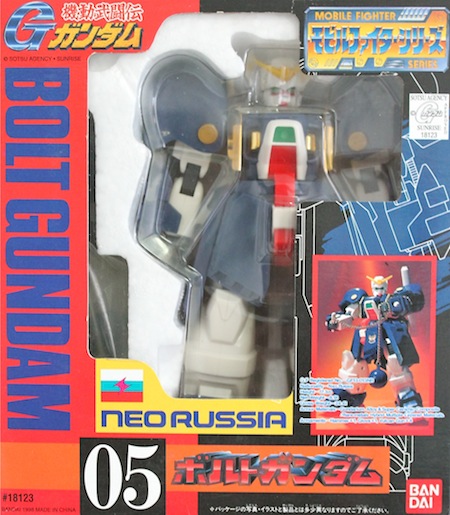 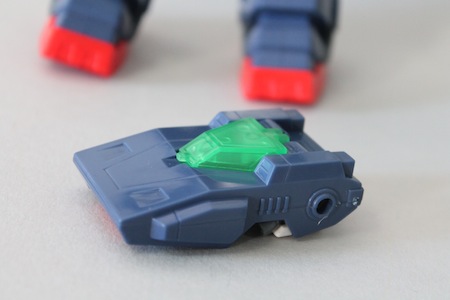 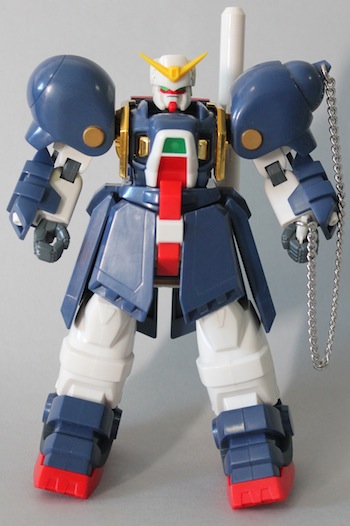 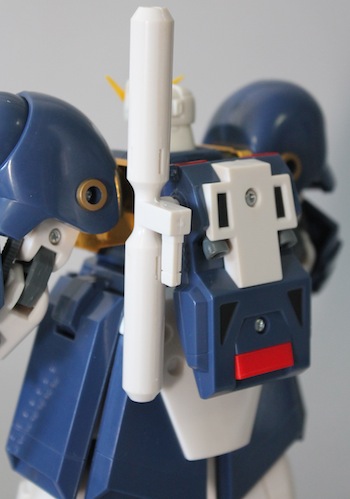 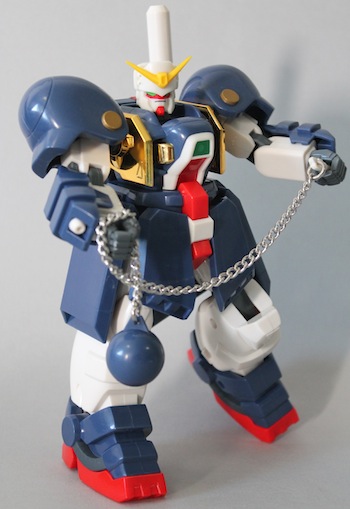 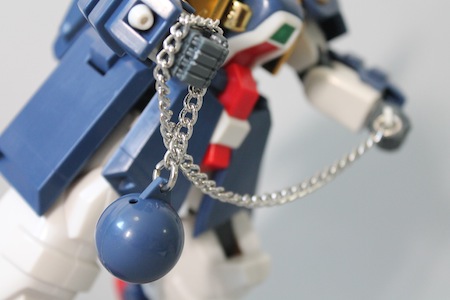 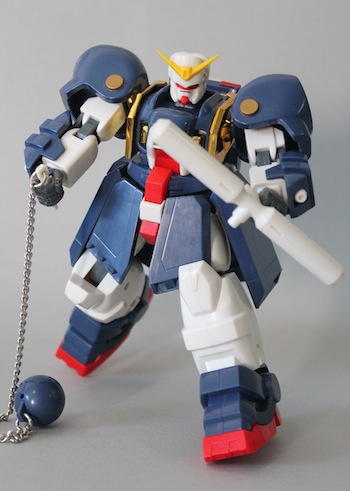 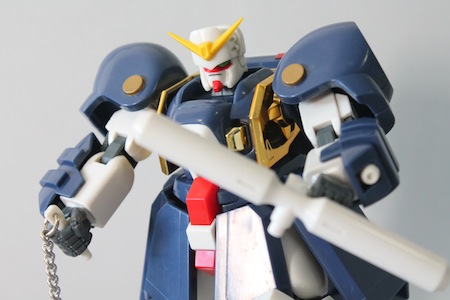 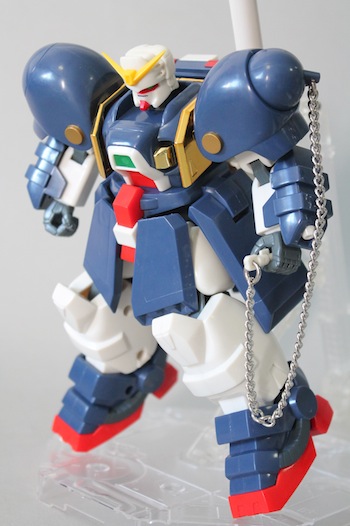 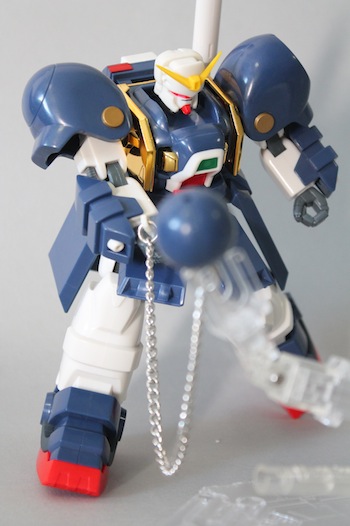 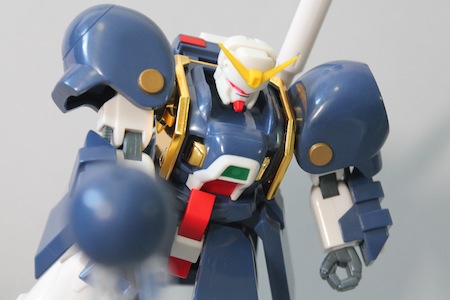 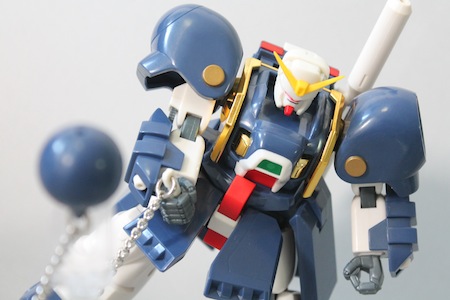 Crush!!! Bolt Gundam GF13-013NR, a strong and robust Gundam mobile suit and the appearance tells it all. Fight with brute force using hammering weapon (Bolt cannon ball on left shoulder attached to beam chain and in toy form, a metal chain). Having board limps and really stout looking Bolt Gundam, this challenger is from Neo Russia. With new pics taken of the toy, here's 2.0 review of Bolt Gundam 1/100 scale Action Figure. The packaging is the Japan version however I had replaced the actual toy with a reissued version by Bandai American in 2003.

As the toy stands approximately 8", is provided at presentable height for display if you are not bothered by the sight of screws. It's a harden toy and with decent detailing in my opinion. In fact this Gundam designed by Mr Kunio Okawara, has a unique design for a Gundam and considered a meaty toy that is really value for money. But due to the board limbs, they kind to hinder the movable of the toy a lot and as a result, the poseabilities had been compromised.

Like most other G Gundams, the toy came with the core fighter as a gimmick. Not to forget, the core fight are to be attached to the Gundam to form the backpack. The figure on the another hand had been limit by the lack of articulation with ball joints only on the thigh while other joints can only go back and forth.

Haha! It's a beef up meaty Gundam. It's to give an impression of strength and power.

looks like G Gundam has been around from a while ago, i thought that the Gundam animes based only on fights between mobile suits were a recent trend, but the series is an old one and with a quite distinctive Gundam design...

this is a more than decent figure with solid construction, but as all the figures based on vintage releases, is kinda plain in terms of color scheme (compared with the original anime design)... however you will not see this kind of Gundams so often, is more like a rarity for me !!! =)

G Gundam Mobile Suit is one very usual Gundam anime where battles are settled with fists and kicks. Kind of like MMA style of robot fight. Interesting but may not appeal to some fans of Gundam. In fact some had complained that the anime was a let down.

It's true at a certain degree that Gundam designs from this anime series are untypical or in some way bizarre, like seeing Neo Holland Gundam with Windmill. Bolt Gundam design is bulky and like u mentioned rarity ^_^

Hi, I have the very same model but i am missing close to 8-9 parts. Is there any place that you would reccomend which can help me source out individual parts for Bolt Gundam ? Since i am based out of India, if they could deliver so that i can restore this model.