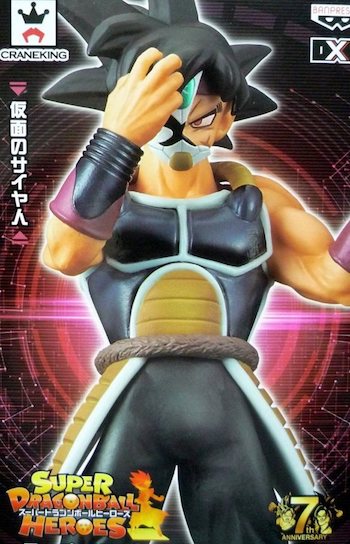 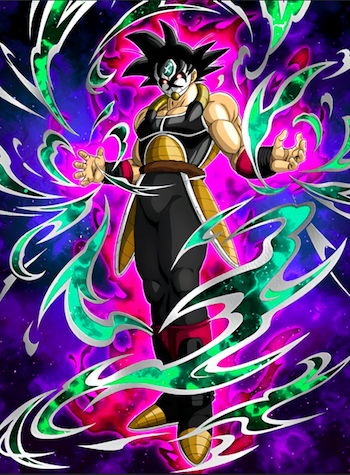 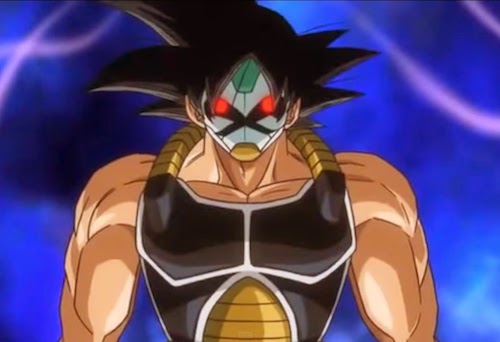 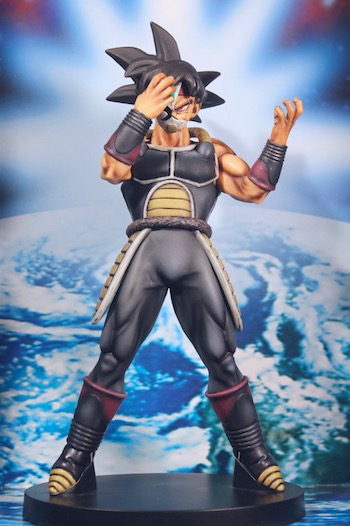 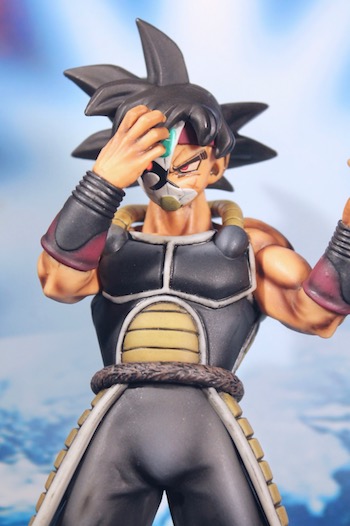 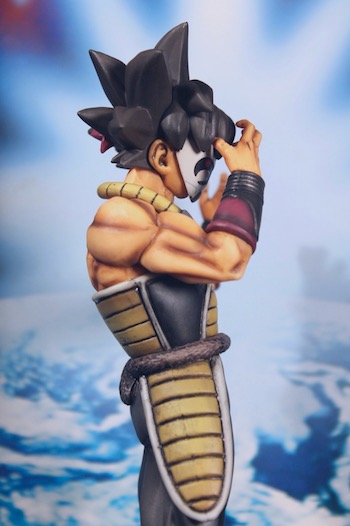 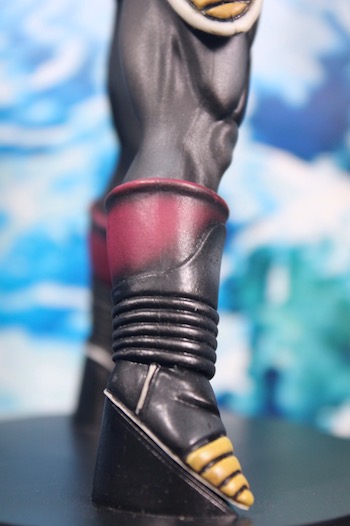 It can't stand on its own so requires the base to hold up. 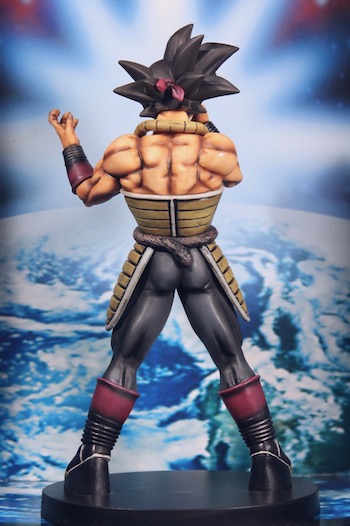 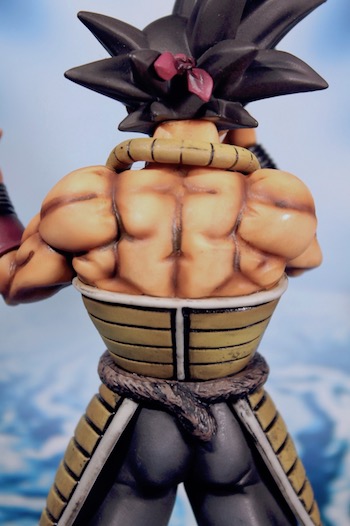 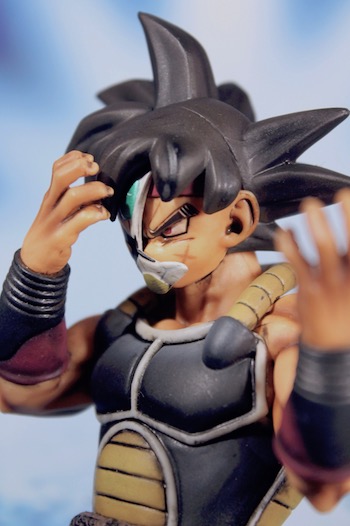 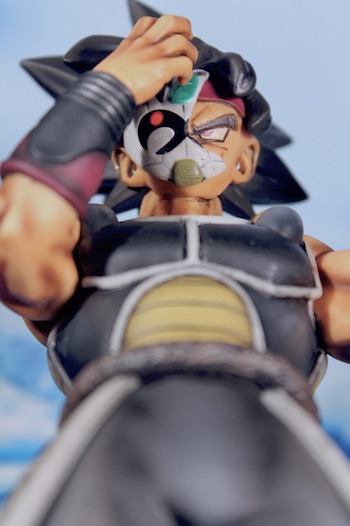 Bottom to top angle has a badass death stare 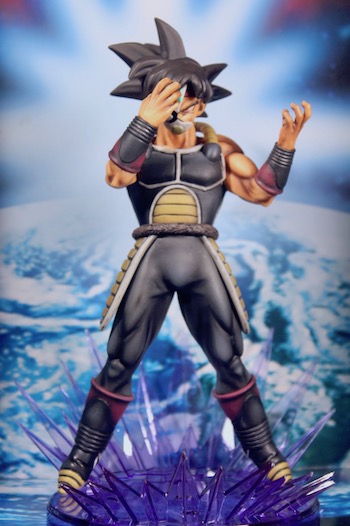 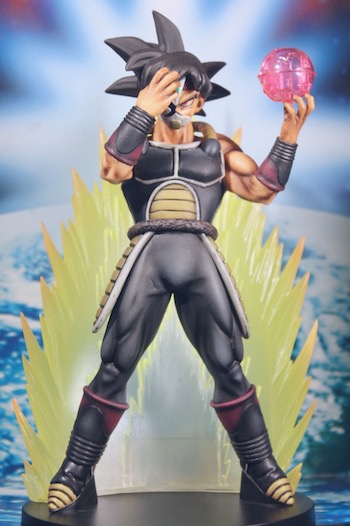 So are the power effect and ball ^_^ 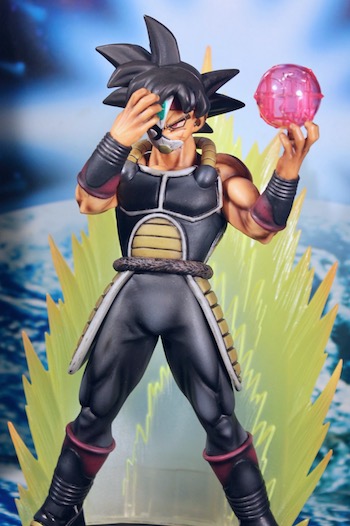 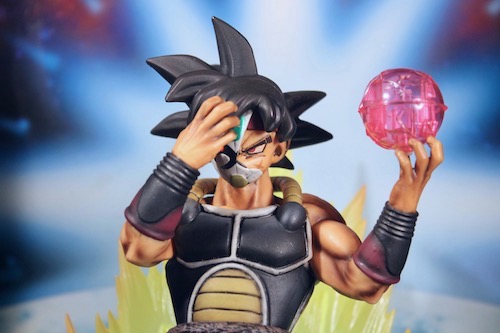 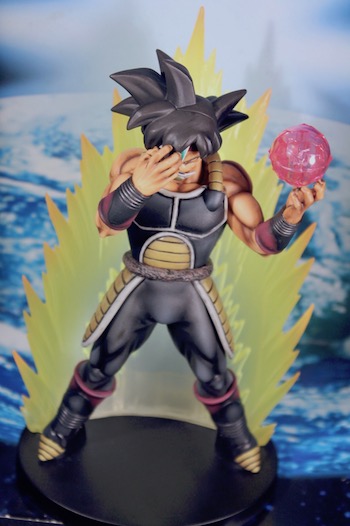 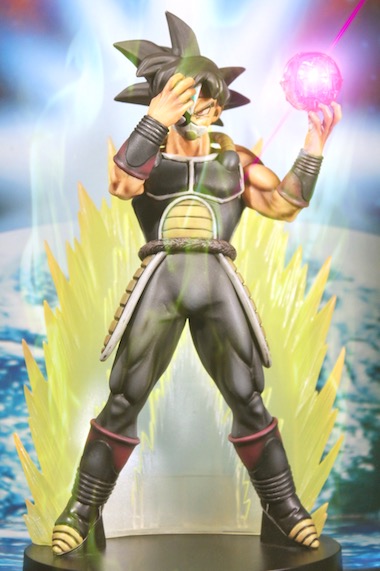 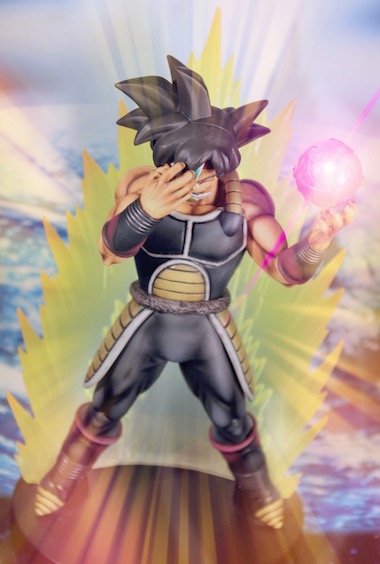 The Masked Saiyan Saga is a major plot arc of Dragon Ball Xenoverse 2. The games features the Future Warrior and Trunks: Xeno as they search for the brainwashed Masked Saiyan Bardock aka Time Breaker Bardock, in order to track down the whereabouts of the Dark Empire Towa and Mira in order to free him from their control. The plot involved a villain named Mira, a member of the Time Breakers, who uses time travel, mind control, and the remnants of Frieza’s army, among others, to accomplish his goals. An enslaved Bardock, in the game has a slightly different armour and a mysterious mask covering his face, he went by the titles the Masked Saiyan Bardock, unbound by Darkness aka Time Breaker Bardock. He was manipulated by Mira until finally coming to his senses when the mask broke.

Also appearing on the sensational overseas trading card arcade game, Super Dragon Ball Heroes, master figure producer Banpresto has developed by far the best authentic, all new sculpt designs in their signature DXF figure line! Inspired by the time warping Xenoverse dimension of the Dragon Ball franchise! Bardock Masked Saiyan Heroes DXF 7th Banpresto figure standing at 7.1 inches tall and he looks very epic. Figure fans will be glad to add these new versions of all star characters to MY growing Saiyan Lineage Warrior Race. I have the habit of getting custom painted figure and I settled with this piece for enhanced realism.
at February 22, 2020

I have not heard about the Masked Saiyan Saga, nor about the Xenoverse Series, but I find this Bardock quite appealing, with his machiavellian presence, he really looks evil and the mask design reminds me of Kabuki masks, clean and enigmatic... Great job by Banpresto as usual, the darker paint job increases dramatics and the sculpt is very nice!... It’s curious but attached to the display base it seems Bardock uses thick heels, HEHEHE...

Yeah bro, he’s really badass looking. Nice pointing out on the kabuki mask! It’s true that I rather Banpresto go for a flat footing without the support for base.

Bro, the last two pictures look amazing as you have added some special effects. Thanks for sharing the plot of this character.

Yeah bro, I will try to add some photo effects whenever I have the extra time. I actually have more Bardock than Goku stuffs : )