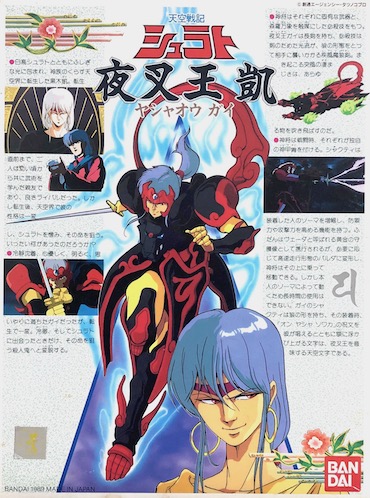 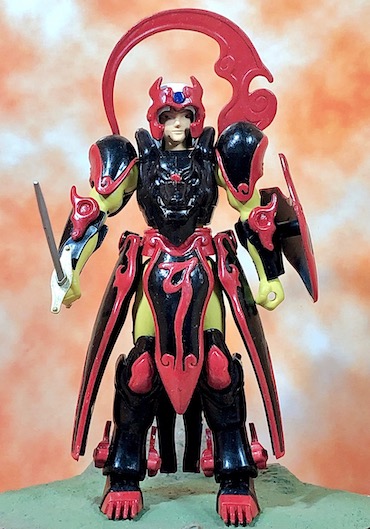 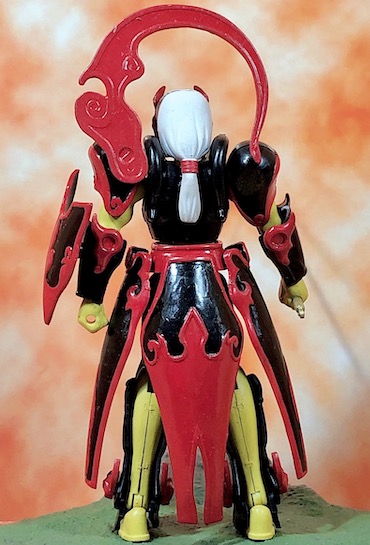 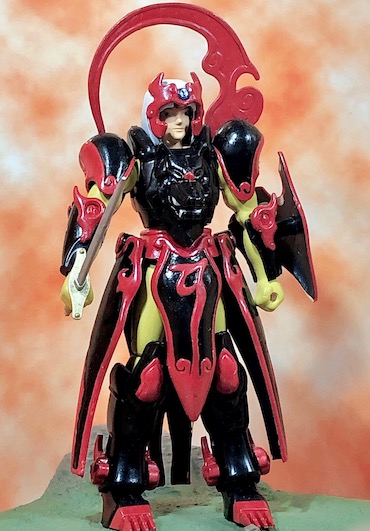 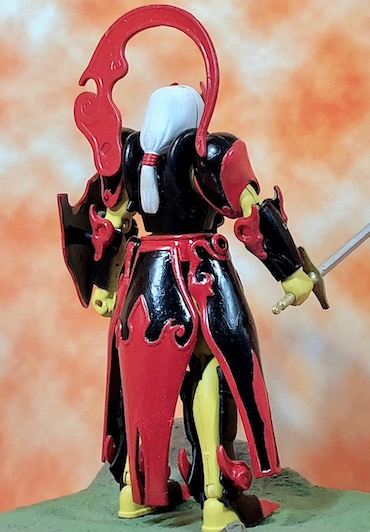 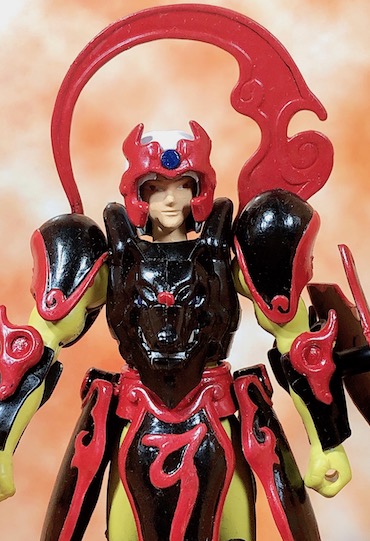 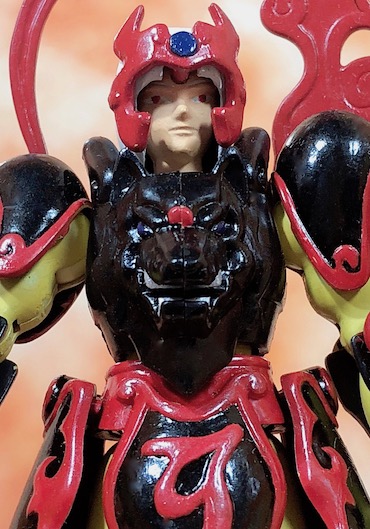 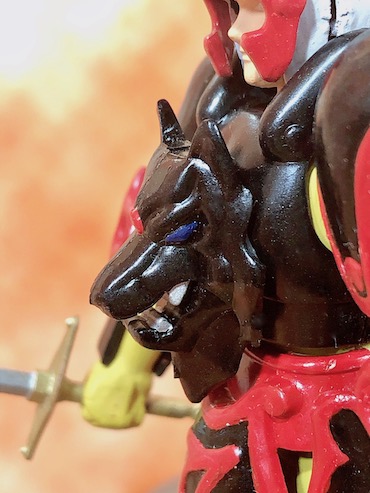 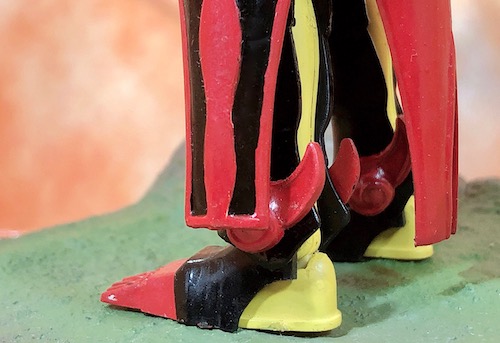 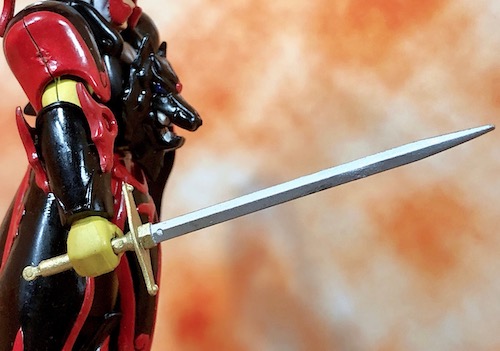 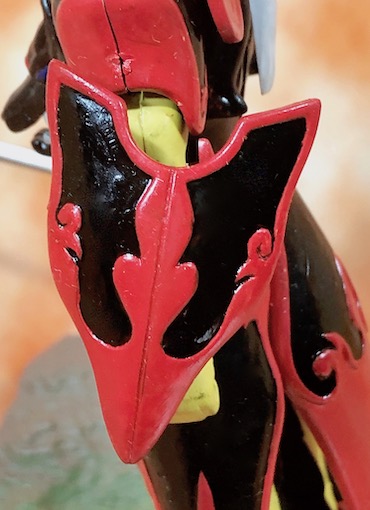 Gai Kuroki is the childhood friend and martial art rival of the main protagonist. He is such a nice guy with a gentle heart before teleported to the land of 'Legend of the Heavenly Sphere Shurato (天空戦記)'. His drastic change in personality is hard for me to accept. He became corrupted and became the Yaksha king (夜叉王ガイ) in the anime and wields the Wolf Shakti, as the black colour scheme on his armour suggested darkness and shadows. He has turned so evil that his eyes are now red.

I kind to like the celestial ring at the back of his armour. I recently got a fully assembled and painted Gai Kuroki model kit and I'm in seventh heaven as it's so rare to even get any merchandises related to the anime these days. This model kit was released back in 1989 so the number of joints were limited and seam line are obvious on the chest, on the side and on the back of the legs. On an interesting  note, gimmick of this model kit is that the shakti armour can be transferred to a Tamiya car like the character riding on the armourer like a surf board in the anime.
at January 23, 2020

Bro, I stare at the figure from the left, right and front. He has a smiling face and doesn't look like a bad guy.

The model give the character a kind face. Maybe the way it’s painted. Maybe the angle of pic. Goes to say, looks can be deceiving ^_^