Tenchi wo Kurau - Destiny of an Emperor NES 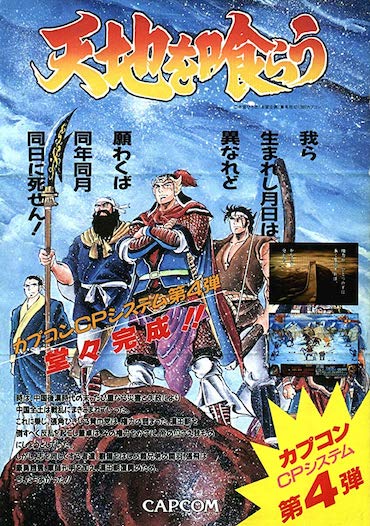 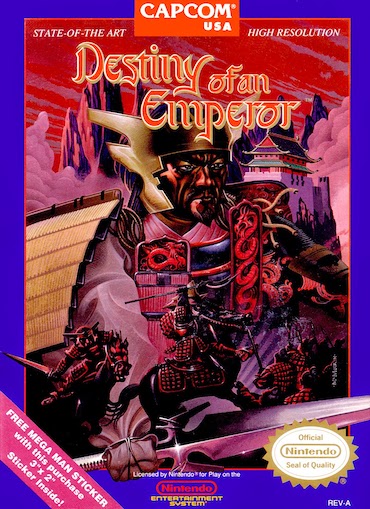 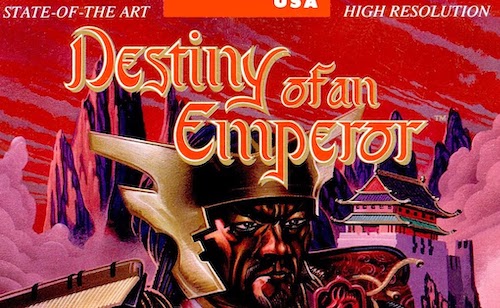 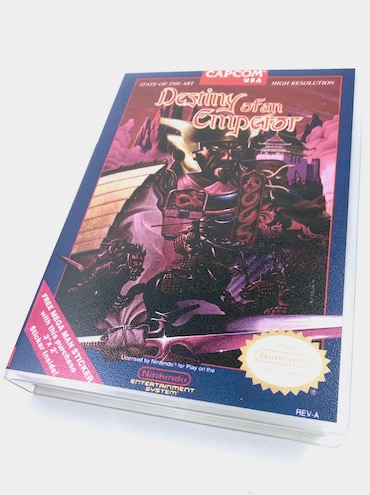 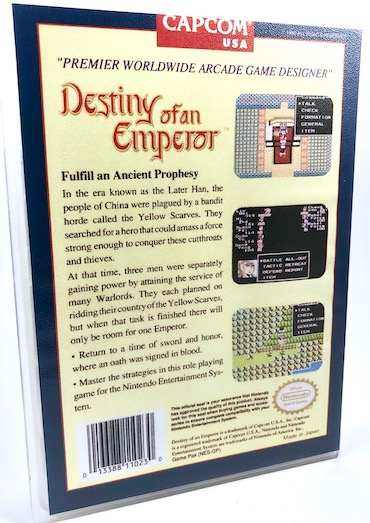 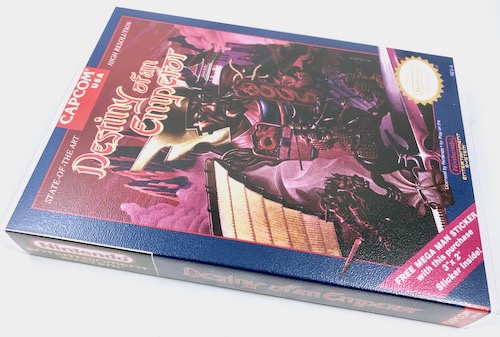 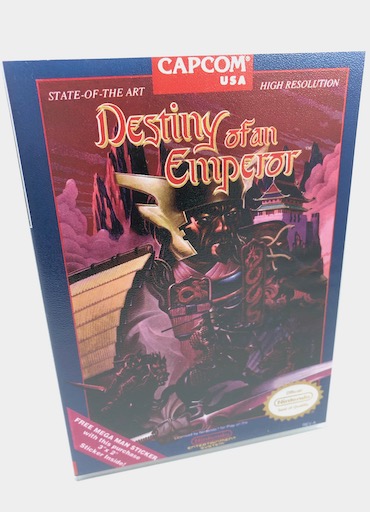 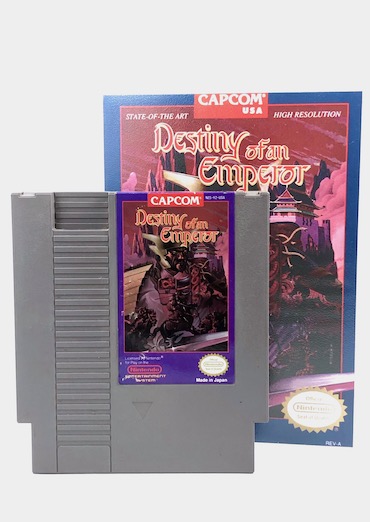 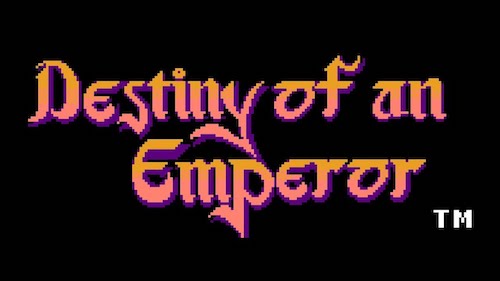 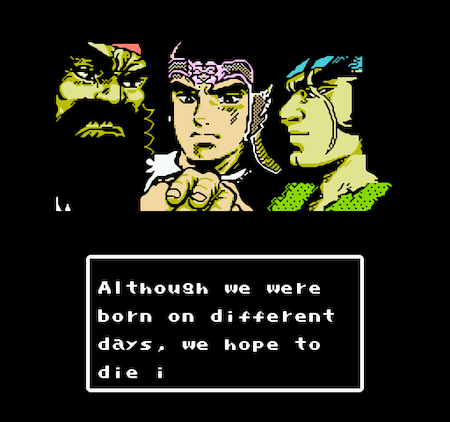 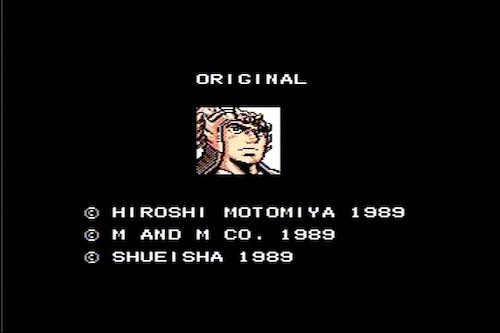 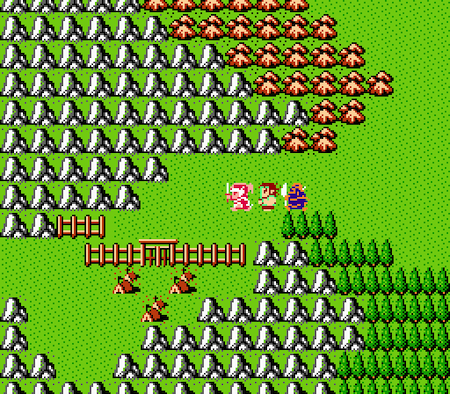 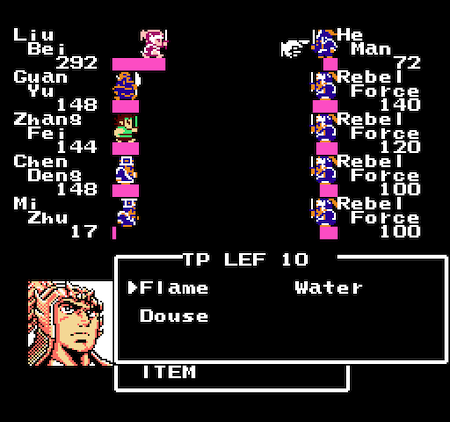 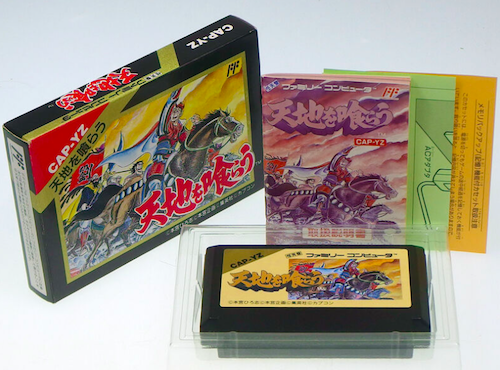 Although this title may seem unheard off by many, Tenchi wo Kurau 天地を喰らう aka Destiny of an Emperor is definitely one of my most played and favourite game on NES. Destiny of an Emperor is the English translated game version of 'Romance of the Three Kingdoms' manga aka Tenchi wo Kurau "The Devouring of Heaven and Earth". The game uniquely explores and tells the story of ROTK, following through the journey of Liu Bei and his comrades in RPG perspective.

I have revisited this game by getting the game cartridge on eBay and a reproduction of the box with artwork sleeve. There is also the Japanese version of the game however the game play is a lot more enjoyable when understanding the language. Moreover, I love listening to the theme game as a kid and tune is certainly unforgettable after long hours of playing.

Liu Bei meets a beautiful giant heavenly being in heaven, and she gives him the power to conquer the country. He meets and swears to be brothers with Guan Yu and Zhang Fei. Destiny of an Emperor is based on Hiroshi Motomiya's manga, Tenchi wo Kurau, which follows the story of Chinese historical figure Liu Bei and his sworn brothers, Zhang Fei and Guan Yu. This story is loosely based upon the events in the 14th-century historical novel Romance of the Three Kingdoms, which itself was based on historical events and battles which occurred before and during the Three Kingdoms period of ancient China.

I played the beat em up game alot whether it was through Emulator, Vita or Switch. But i never know that the series did have old school RPG on NES. I suppose Tenchi Wo Kurau was quite a big deal back in its day.

I finally found someone who knows this game. Felt so alien in the past whenever I try to share my game experience on this game. Thank you bro!