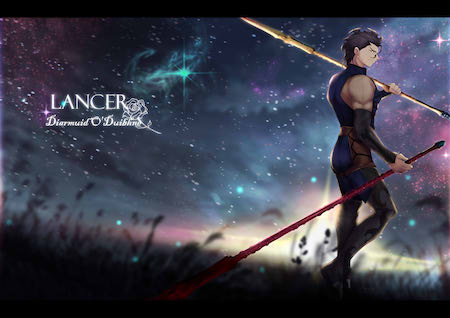 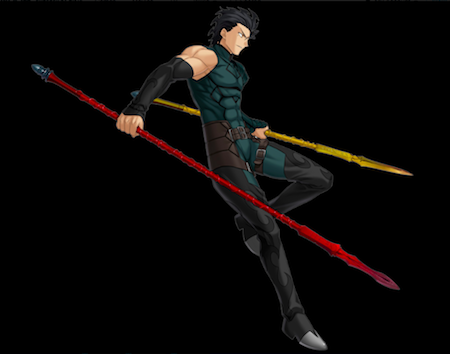 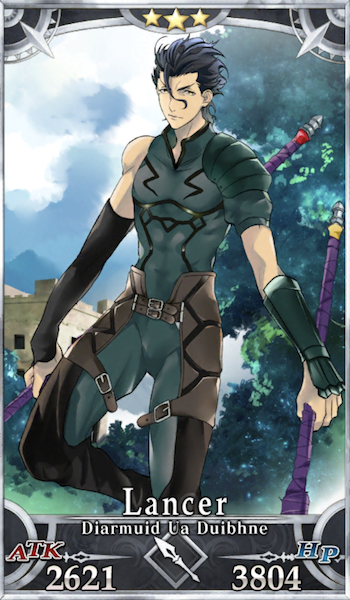 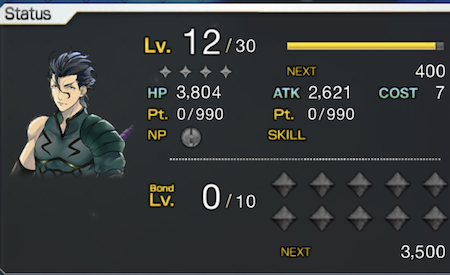 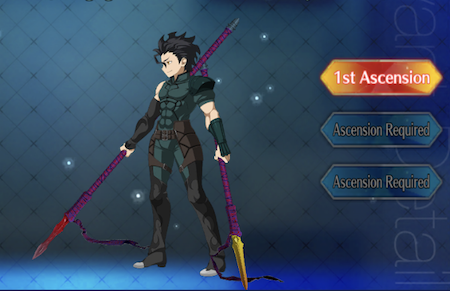 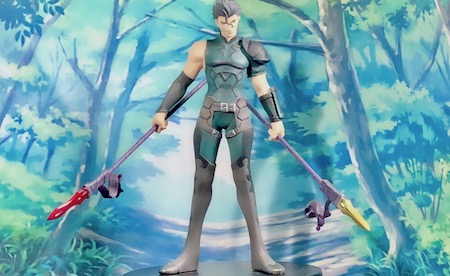 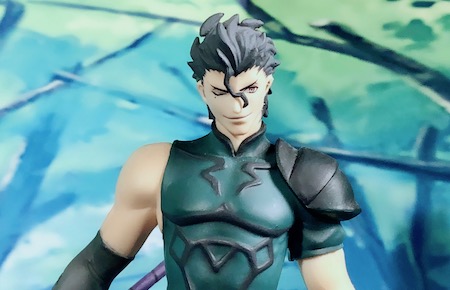 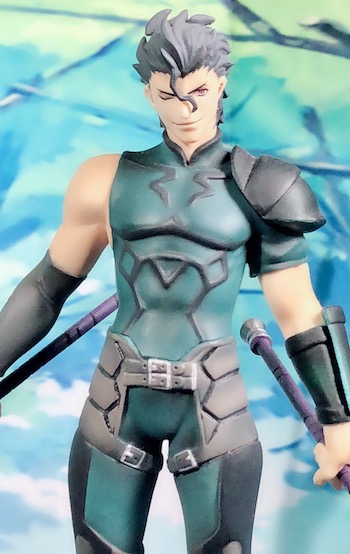 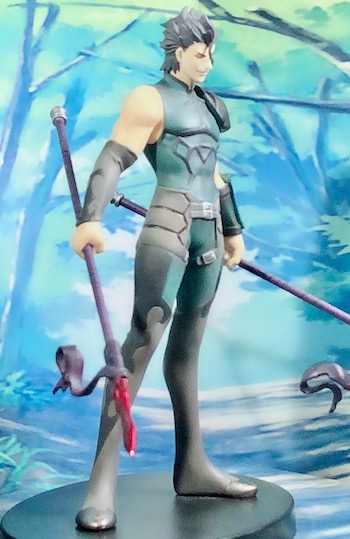 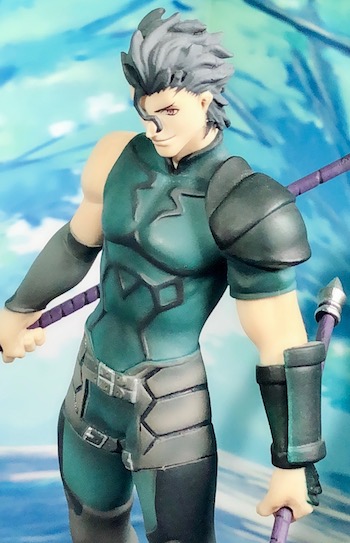 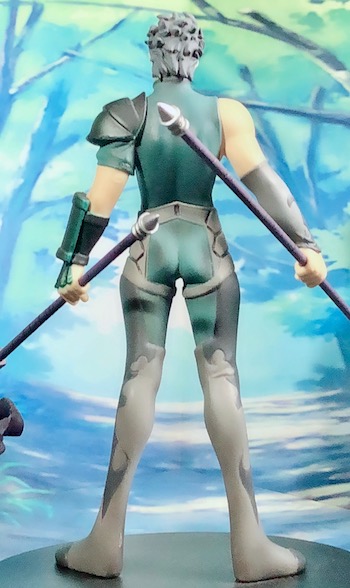 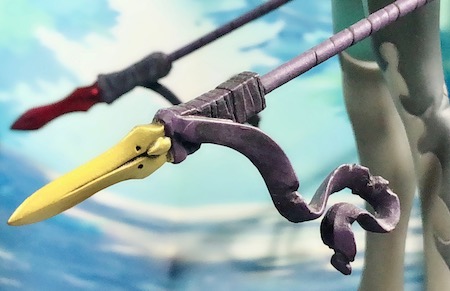 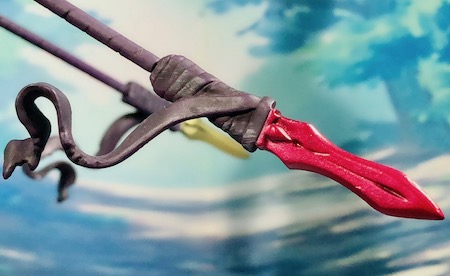 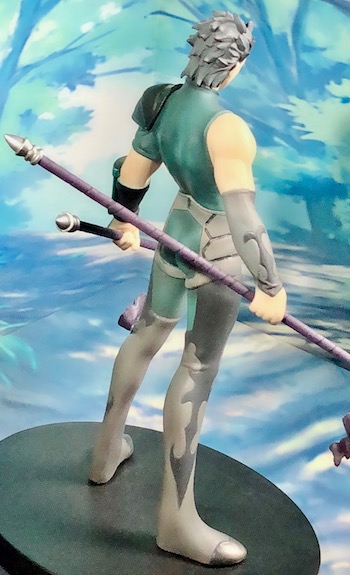 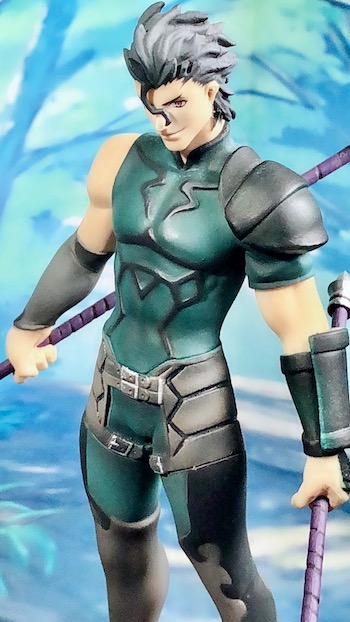 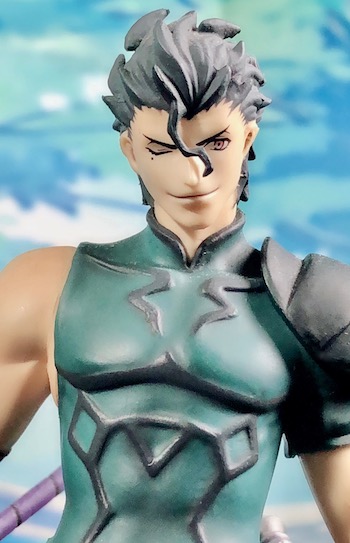 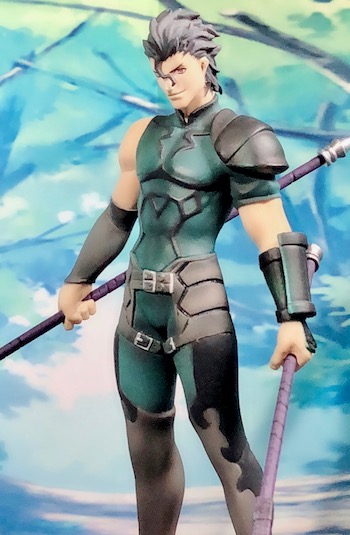 I assumed you guys know that Fate series is surrounded by backstories of tragic heroes. Personally I like the Lancer Class and Diarmuid Ua Duibhne for his remarkable fighting style and cool personalities! Better known as the 'Diarmuid of the Love Spot' where any woman who grazed upon the spot on his handsome mystic face would be charmed by this first warrior of the knights of Fianna. Sometimes love and honour doesn't quite go hand in hand.

Well, kind of any good things in life come a prize and this leads to Diarmuid's story of his tragic love affair. Lancer is the Lancer-class Servant of Kayneth Archibald El-Melloi in the Fourth Holy Grail War of Fate/Zero. He is a chivalrous servant who wishes to do his best to serve his Master and obtain victory within the war for the Grail. He shares a bond of mutual respect with rival Servant Saber, wishing to face her in an honourable duel to the death.

Here's Fate/Zero anime 'Lancer' servant Diarmuid Ua Duibhne DXF Vol 1.0 figure released by Banpresto released in 2012 as crane prize item. It's both PVC and ABS in material and stands 6" (16cm). Simple things I have to do to put together are the spears in his hands and the base. Solid and robust body parts that won't fall off when I pick it up. It probably would scale well with the figmas. Unlike in the anime, hair/body seemed a bit bleached for this figure and detail is a bit lacking. Comes with an oval black plastic base and can't hold up on its own without the base.

Simple standing pose holding both his spears. On the right hand holds the Gáe Dearg: Crimson (Red) Rose of Exorcism - a two meter long spear that renders magical enhancements and projections useless by severing all ties with prana. On his left hand holds the Gae Buidhe: Yellow Rose of Mortality - a cursed spear 1.4 meters long that inflicts wounds that cannot be healed naturally or with magecraft. In the anime, Diarmuid strikes can be deadly by simultaneously uses his two lances flawlessly. Another positive point of the figure are that the spears looks awesome with both the tips sharp and shiny! It is a decent and robust figure within budget unless you are going for more expensive release by MegaHouse.
at June 20, 2018

>> Yami
FGO definitely draws me to having more Fate figures and as I like fixed posed figure, this is decent enough and the pricing is more than reasonable. I haven’t this character in FGO since I still pretty noob! Thanx again for being my friend in the game. You are certainly very strong and your characters are great help! Awesome : )

FGO also makes me ending up collecting merchandise for the series again lol.

As for Diarmuid, his story at Accel/Order event gives a satisfying closure redeeming the tragic end for him in Zero. Being a 3 Star Servant you will eventually get Diarmuid even with FP roll.

I think the character looks better than the figurine :)

>> Desmond
For a budget figure. I can’t really complain the accuracy of the sculpt.